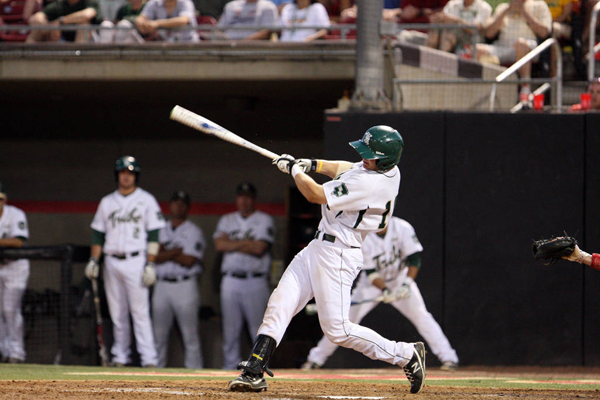 William and Mary completed its longest road trip of the season over the weekend with three straight losses to Colonial Athletic Association opponent North Carolina-Wilmington, dropping its CAA record to .500 on the season.

After falling behind by a run in the first inning Friday, the Tribe (14-18, 6-6 CAA) responded with a run of its own in the top of the second. With one out, sophomore shortstop Tim Hoehn ripped a solo home run to left field to tie the game — the Tribe’s only run of the contest. The Seahawks (25-8, 8-1 CAA) answered with a run in the bottom half of the inning to retake the lead, as Luke Dunlap scored on a sacrifice fly by teammate Nick Feight.

The Seahawks blew the game open in the fifth, scoring four runs off senior starting left-handed pitcher Jason Inghram. UNC-Wilmington opened the frame with three straight singles, with the third scoring the Seahawks’ Kennard McDowell from second base. A sacrifice fly put runners at the corners, and Inghram’s third wild pitch of the game moved UNC-Wilmington’s Brian Mims up to second. After an RBI groundout, Dunlap roped a double to right field to score Mims, coming home himself thanks to a throwing error by Hoehn, putting the Seahawks ahead 6-1.

The College never recovered, failing to muster any more offense as UNC-Wilmington continued to pad its lead. The Seahawks added one in the sixth, two in the seventh and one in the eighth, eventually winning the game 10-1. Inghram suffered his fifth loss of the season, going five innings while allowing six runs, five of them earned, on eight hits and a walk. Nick Monroe earned his third victory of the campaign for the Seahawks, pitching six innings of one-run ball, striking out five while giving up five hits and three walks.

Inghram suffered his fifth loss of the season, going five innings while allowing six runs, five of them earned, on eight hits and a walk.

The Tribe’s offensive drought continued on Saturday, once again pushing across just one run. The College took the lead in the top of the fourth, as Hoehn singled with one out, scoring when junior center fielder Josh Smith stroked a double to left field.

After tying the game in the bottom of the sixth, the Seahawks’ bats exploded for four runs in the eighth. With two outs and a runner on second, Dunlap smoked a RBI double to left field. After an intentional walk by the Tribe, Mims singled to bring home Dunlap. Singles by UNC-Wilmington’s Andy Austin and McDowell scored two more runs, increasing the Tribe deficit to 5-1. The College got a runner in scoring position in the top of the ninth, but freshman left fielder Ryan Hall struck out to end the game.

Sophomore right-hander Nick Brown took his first loss of the season, giving up two runs on seven hits and two walks over seven and a third innings, striking out five Seahawks. Jordan Ramsey came on in relief to earn the victory for UNC-Wilmington, tossing two shutout innings, allowing one hit.

The Tribe bats awoke on Sunday, scoring three runs in the top of the third to take the early lead. With runners on second and third, junior catcher Ryan Hissey crushed a three-run bomb over the right field fence.

The Seahawks responded with runs in the sixth and seventh, cutting the College’s lead to 3-2. Junior first baseman Charley Gould led off the top of the eighth with a solo shot to right field, followed by senior designated hitter Devin White’s RBI to extend the Tribe advantage to 5-2.

But once again, UNC-Wilmington rallied in the bottom of the eighth, plating four runs in the frame for the second straight game. With runners on first and second, Austin doubled to score one, followed by Robbie Thornburn’s two-run single to tie the score at five. A single by UNC-Wilmington Zach Shields brought home the game’s final run, as the Seahawks took their first and lead at 6-5.

The College mounted a rally in the top of the ninth, loading the bases for senior third baseman Willie Shaw. However Shaw bounced into a 3-6-3 double play, sealing the Tribe’s fate.

Freshman right-hander Charlie Fletcher was saddled with the loss, surrendering two runs on four hits in one inning of relief. The Seahawks’ Jared Gesell earned the win, allowing one hit and one walk but no runs in an inning and a third out of the bullpen.

The Tribe returns to Plumeri Park on Tuesday at 7 p.m. to host Old Dominion, who shut out the College 4-0 April 1.