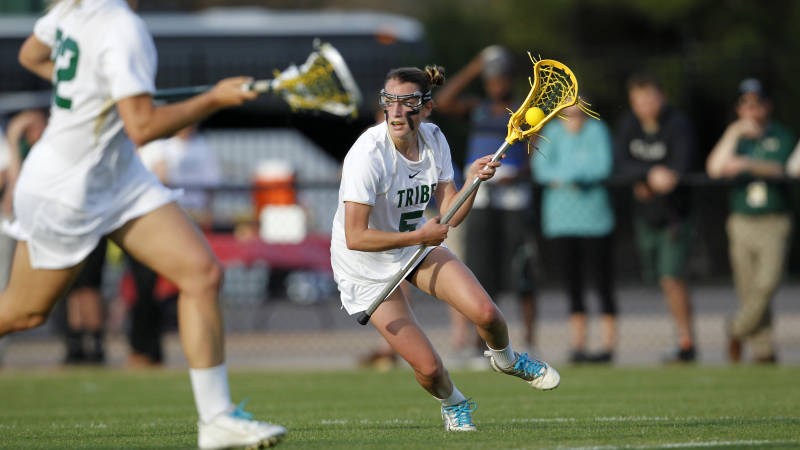 After last week’s devastating 8-7 loss to the Colonial Athletic Association opponent Elon, which continues its residence in the basement of the conference, William and Mary faced a Friday-Sunday home slate at Martin Family Stadium against Delaware and Towson in two crucial games for CAA playoff contention, with the No. 4 seed in the conference tournament still within reach for the Tribe.

Outscored by a combined 33-16 mark, the two crushing defeats sealed the Tribe’s fate with its fourth consecutive season of missing post-season play.

Although the stage was set for the College (5-10,1-4 CAA) to squeeze into the conference playoffs, the first act of the decisive weekend featured a formidable matchup against Delaware (11-6, 4-2). While unranked, the Blue Hens have straddled the fence of national ranking in the top 20 all season, earning a No. 19 seed between March 6 and March 11 this year. The Blue Hens also managed to upset a nationally ranked team in No. 11 Princeton, something the Tribe hasn’t done since 2010.

Senior midfielder Ellen Shaffrey spearheaded the early Tribe efforts with a pair of goals, as the College knocked the visiting Blue Hens back on their heels in the opening two minutes. However, the quick start, a rarity for the 2015 Tribe, abruptly stalled as Delaware regained the momentum en route to a 10-1 run over the next thirty minutes. The lone interruption for the Tribe was a fast-break goal off a Shaffrey draw by junior attack Courtney Taylor, assisted by sophomore defender Abby Junior, which tied the game at 3-3 with 22 minutes until the half.

The ensuing 5-0 Delaware first-half run put a nail in the Tribe’s coffin, epitomized by an unassisted goal by the Blue Hens just before the half. Prior to the game, the Tribe was 1-8 in games during which they trailed at halftime. Facing the 8-3 deficit, the situation was becoming desperate, as the 2015 Tribe’s largest comeback was a three-goal deficit to Richmond.

Out of the locker room, what was bad in the first half became worse. Sophomore midfielder Shannon Quinn finally ended the 7-0 run with her 17th goal of the season at the 26:52 mark. A 2-0 Tribe run between 17:52 and 16:18 provided a spark of hope for the College as junior midfielder Michelle Goss and freshman attack Abby Corkum rifled in a goal apiece for the Tribe, Corkum’s 15th of her rookie year. However, the Blue Hens quickly extinguished any Tribe momentum with another goal, pushing the score to 12-6 with 15 minutes remaining.

“If they score one goal or make one good play, it’s being able to recover mentally from it, not physically, we’re very physically capable … it’s about mental lapses.”

Each offense stumbled in the final stretch, adding only a goal apiece for the final 13-7 score in Delaware’s favor. The Tribe managed only 14 total shots, equal to the number of turnovers in a lackluster offense performance.

A Towson loss on Friday provided the College with a glimmer of hope, as Towson held the No. 4 seed for the CAA championships and just a one-game conference advantage on the Tribe. However the second act of the showdown weekend disintegrated into a tragedy, as the Tigers (8-7, 3-3) slammed the playoff door on the Tribe in a 20-9 massacre.

Off the opening whistle, the College appeared poised to steal the final playoff spot, as Quinn rocketed in an early free position shot to provide the Tribe with a one-goal lead. Senior midfielder Amanda Johnson added the team’s second goal at 25:33. Defensively, the Tribe kept the Tigers from pulling the trigger on a shot until over 10 minutes into play.

Fast-forward to halftime and Towson possessed a dominant 8-2 lead with conference playoffs on the line.

“We played very hard in moments of the game, but we can’t lose confidence individually or as a team,” head coach Hillary Fratzke said. “If they score one goal or make one good play, it’s being able to recover mentally from it, not physically, we’re very physically capable … it’s about mental lapses.”

Goss and Corkum once again started a 2-0 run for the Tribe in the second half, but Towson continued to knife through the Tribe defense, repeatedly adding to the lead.

“Towson has a lot of great weapons, and we have to respect that… and maintain mental consistency and not let that affect our physical performance,” Fratzke said.

A five-goal spree between 14:00 and 10:00 added insult to injury as the Tigers riddled the College goal with shots, sending the game to a running clock. Finally, the dust settled, and the dejected Tribe watched another post-season slip away.

The final matchup of the season is against No. 18 James Madison at Martin Family Stadium this Saturday at 1 p.m.