Home Variety Profiles The Writing life: Psychology professor Will McIntosh discusses his career as an... 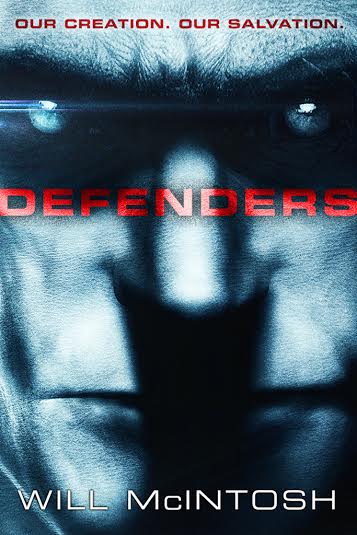 On campus, William McIntosh is known as an adjunct psychology professor. Outside of the College of William and Mary’s microcosm of society, however, McIntosh is better known for his science fiction short stories and novels.

McIntosh’s writing career began at the age of 37 while he was a full-time psychology professor at Georgia Southern University. He has since turned his science fiction hobby into a career, garnering accolades such as the Hugo Award for Best Short Story and the American Library Association’s Best Novel of the Year.

McIntosh has been reading science fiction and fantasy novels his entire life.

McIntosh began writing short stories as a hobby while teaching at GSU and continued teaching for the next 10 years, making for a total of 22 years as a full-time professor.

The idea for McIntosh’s first short story was inspired by a dream he had.

“I had a cool dream — a science fiction-y kind of dream, and I just thought, ‘I should write that as a story, that would be a good story,’” McIntosh said. “And I just realized I really liked this, and so I kind of turned it into a hobby.”

According to McIntosh, starting with short stories enabled him to improve his writing skills without committing to a novel, which he believes to be a more painful path.

Before winning the Hugo Award, McIntosh’s stories were published in obscure science fiction magazines and anthologies.

“First story I ever sold, I made twenty dollars, and the magazine that it was in lasted about six issues,” McIntosh said.

McIntosh’s career kicked into gear with the repute garnered with one of his later short story “Bridesicle,” published in Asimov’s “Science Fiction” magazine.

According to McIntosh, “Bridesicle” is about a woman who wakes up in a dating center only to find out she is dead and has been cryogenically frozen. The only way that she can live is if she convinces a wealthy man to pay to have her revived.

“Bridesicle” was nominated for the 2010 Hugo Award for Best Short Story along with four other stories. McIntosh’s short story had the least amount of nominations of the group, making him the dark horse for the award.

“With the Hugo Awards — a decent amount of it — [is] being known. And nobody knew me,” McIntosh said. “Nobody expected me to win.”

McIntosh, the only of the five nominees to attend the ceremony in Australia, went on to win the award. After that win, McIntosh’s first novel, “Soft Apocalypse,” was published.

“Nobody had wanted it before I had won the Hugo,” McIntosh said. “And it did well, so in some ways that also kicked me off.”

McIntosh has now released four novels, with a fifth coming next year and a sixth in the works.

Since his venture into novels, one of McIntosh’s short stories — “Followed” — has been turned into a short film. The next step in his career involves possible full-length films based off of his novels.

“Four of my novels, two that are published and two that are yet to be published, are at different stages of consideration for a film,” McIntosh said.

According to McIntosh, his film agent predicts that two of the four novels will make it into the production stages.

“I love getting calls from my film agent,” he said. “It’s my favorite call in the world.”

As his writing career has taken off, McIntosh said he now considers teaching social psychology more of a hobby.

“I taught full-time for 22 years, so you’re not getting somebody who doesn’t know what they’re doing, but this is not my main job anymore,” McIntosh said. “This is just something I do on the side.”

He teaches a single lecture course at the College now and considers himself a “hired gun,” as he also doesn’t conduct any research.

Though he no longer focuses on teaching, McIntosh believes that his background in natural psychology does play into his works.

“It’s just the coolness of stuff that’s being developed in the psychology area that applies,” McIntosh said.

When it comes to hard science, however, McIntosh said he sometimes writes himself into a corner.

“If I’m writing a book and I get to a point where it has to be about a physicist — I’m screwed without somebody else’s help,” McIntosh said.

Seconds before McIntosh was interviewed for this article, a student waiting to speak to the adjunct professor at the end of class asked him to autograph a copy of his book “Love Minus Eighty,” which was chosen as the American Library Association’s best novel in 2013.

“Over the course of the semester, there might be five or six students who make it known [that they read my novels],” McIntosh said.