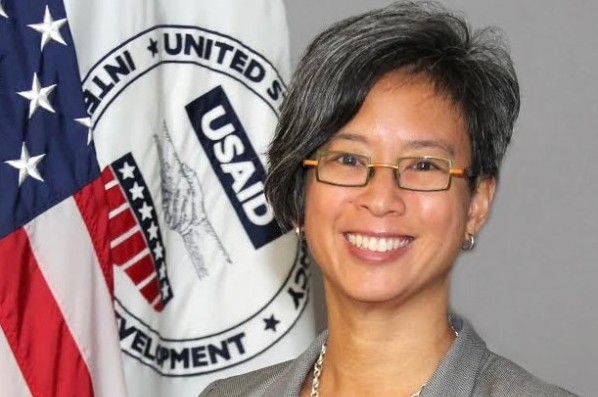 Executive Director of the United States Agency for International Development’s new Global Development Lab Ann Mei Chang gave a presentation Sept. 8 about the use of science, technology and innovation to eradicate extreme poverty. USAID’s global development lab uses research from the College of William and Mary’s AidData lab, which is part of the Higher Education Solutions Network.

The College’s AidData lab, which receives funding through a HESN grant, played a big role in bringing Chang to campus. During her talk, Chang explained how USAID’s global development lab is pioneering a new approach to global development, which focuses on the use and methods of science and technology.

According to Chang, projects come from a variety of sources. When asked about an example of an idea caught by casting a wide net, Chang mentioned the Odon device, which could replace forceps as an easier and safer alternative during childbirth when complications occur. Jorge Odon, an Argentinian car mechanic, was the creator of the invention.

USAID tests ideas using iteration techniques borrowed from Silicon Valley, where Chang formerly worked as a manager and engineer. The goal of iteration is to test ideas on a small scale, before spending large amounts of money, to find out if they follow three sets of criteria: suitability, sustainability and scalability. A piece of technology is suitable if it works as intended in context.

“We tend to use [panels of] experts in the different sectors…to evaluate these different proposals that are sent in so they know if something has been done before and has never worked or something that we should give a chance,” Chang said. “It’s not a perfect process so we do our best with the experts that we have.”

“I decided that the problem I wanted to focus on was extreme poverty,” Chang said.

Ticora Jones, who oversees the HESN and worked with AidData staff at the College to bring Chang to campus, added that they decide which projects to test based on a defined list.

The College’s AidData lab is pioneering geocoding and map visualization. According to the AidData information as published on the College website, geocoding is a method of organizing and presenting data on development projects

Chang said she found that the College’s geocoding project has potential.

Chang stated that she chose to work with USAID after working at Google and other tech companies because she wanted to focus on helping those in poverty.

“I decided that the problem I wanted to focus on was extreme poverty,” Chang said. “It is the root of so many problems in the world. Since I decided I wanted to work on poverty and the skills I have are in technology and innovation, what better job to have than to work at the lab at the center of one of the biggest development plans in the world with a charter to transform development using technology and innovation.”

Diana Winter ’16 works in the AidData lab and was present for the Ann Chang’s talk. She said that she found Chang’s presentation refreshing.