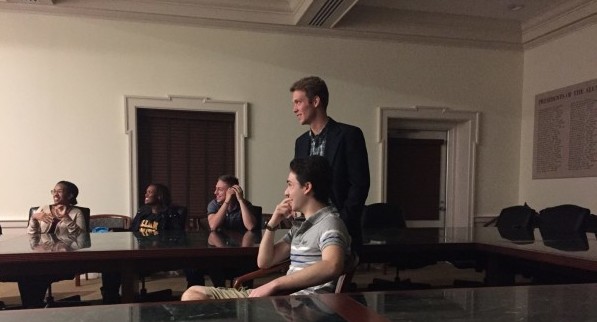 Eight new members were elected to the Student Assembly Sept. 30, including the class of 2018 president, two senators for the class of 2017, and five representatives of the class of 2019. Voter turnout was higher for every participating class than the previous election.

“My biggest goal is to bring the freshman class together,” Yesowitz said.

“My biggest goal is to bring the freshman class together,” Yesowitz said. “I have a bunch of different programs that I think can do that effectively. I really just want to make sure that everyone is getting involved and participating, so that we can all come up with great ideas together.”

Samyuktha Mahadevan ’19 received the second highest percentage of votes for class of 2019 president with 13 percent.

“As the president of the class, I really want to get all of us involved and be together, especially in community engagement,” Boyd said. “I want to find initiatives to be together and to get to know each other and also the community of Williamsburg.”

48.93 percent of the class of 2018 decided to vote. Compared to spring elections, the voter turnout rate was up 4.3 percent.

The class of 2017 elected TJ Soroka ’17 and Daniel Sequeira ’17 to fill its two vacant senate positions out of seven possible candidates. Soroka received 30 percent of the vote, and Sequeira received 16 percent.

SA Vice President Catie Pinkerton ’16 said she was excited about adding eight new members and how they will contribute to the SA.