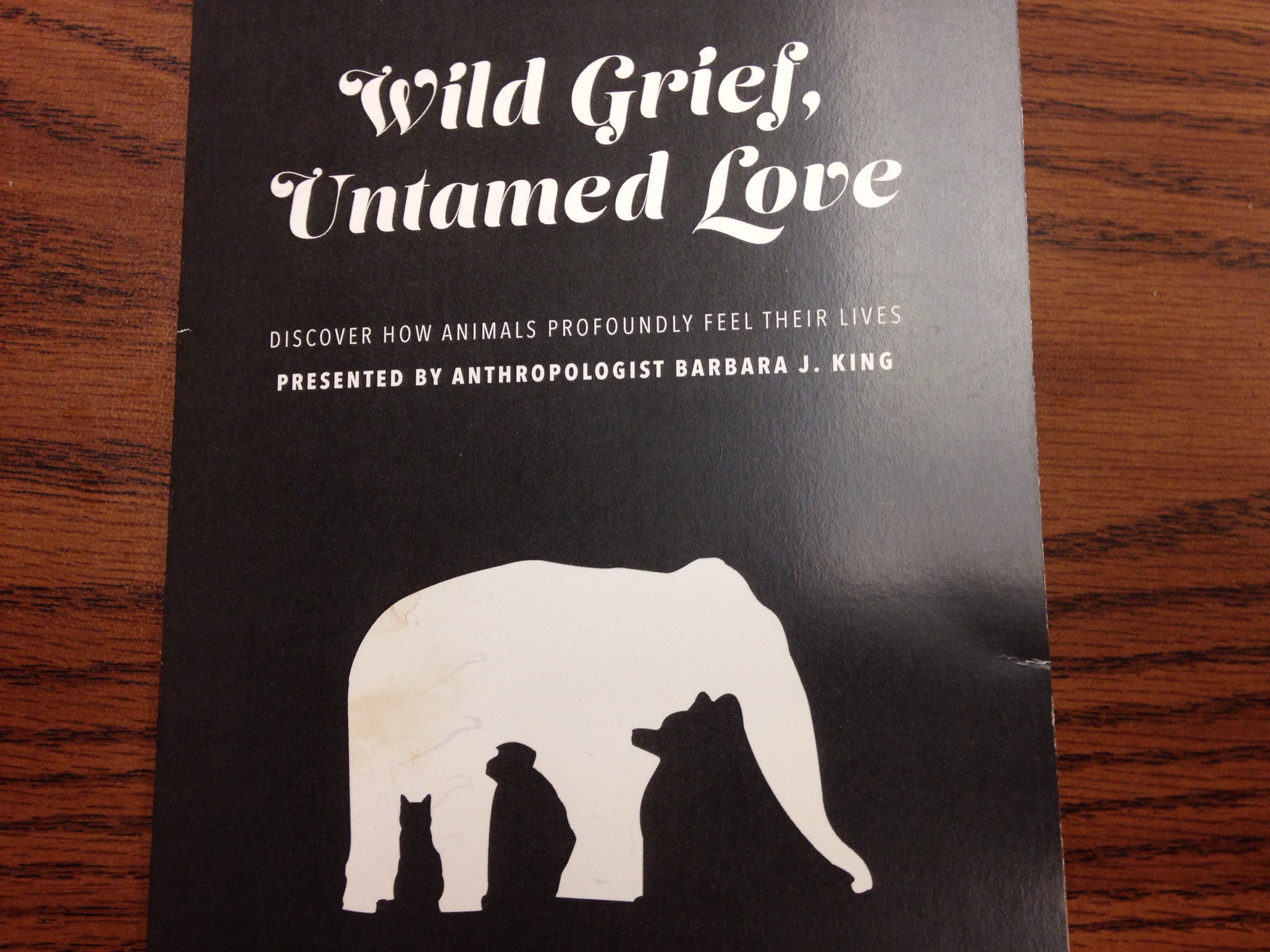 “They told me, ‘We’ll take you for a year,’” Chancellor Professor of Anthropology Barbara J. King said of applying for a job at the College of William and Mary. “Well, guess what? It was a good year.”

King has been teaching at the College since 1988, but she has decided to leave teaching after this semester in order to devote her time fully to scientific research. On Oct. 28, in the Commonwealth Auditorium, she gave an “almost last lecture,” titled “Wild Grief/Untamed Love: Emotions in the Animal World,” as part of the Tack Faculty Lecture Series.

This lecture series takes place once every semester and is free, as made possible through the donations of Martha ’78 and Carl Tack ’78. It allows a professor at the College to discuss a topic of interest with students and people of the Williamsburg community.

“Wild Grief/Untamed Love” was originally going to take place in the Kimball Theatre, but was moved into the Sadler Center because of the widespread interest it received. The Commonwealth Auditorium was filled to capacity and people who could not fit into the Auditorium watched a simultaneous broadcast in the “overflow room,” Chesapeake A.

Professor King addressed the topic of love and grief in the animal world, citing research from her 2013 book How Animals Grieve. She discussed her experiences with animals and love, describing how her cat sat with her on her couch every day during her chemotherapy, as well as the relevance of the term anthropomorphism, stating that animals do feel pain and emotion but humans can unnecessarily project their emotions onto animals, too.

She also brought attention to cute viral animal videos, saying that one observation caught on camera does not mean it is scientific proof of animals having emotions. She referenced a video titled “A Magpie Death Ritual” where several magpies surrounded another dead magpie while squawking loudly, expressing that the behavior of the birds was unusual, but it was only one video without context. Professor King explained that the YouTube video is not empirical proof that magpies experience grief.

“To me, that’s really clear what’s going on, but I haven’t studied these animals or these populations and I’ve only seen one video,” People for the Ethical Treatment of Animals employee and audience member Kimberly Spiegel said. “We really need to be aware that we’re not making judgments on one thing we’ve seen.”

Vegan and vegetarian diets were also discussed, as Professor King does not eat meat. Although a supporter of an animal-friendly diet, she acknowledged that everyone does not have the option to exclude meat from their diet. Instead, she asked that a conversation be started amongst people about animals and their abilities to feel emotions. She said she hopes that this small step will give people a better understanding of animals.

Diane Hemmer and her husband Christopher Hemmer are self-professed animal lovers from Raleigh, N.C., who attended the lecture while vacationing in Colonial Williamsburg. They said that King’s lecture was a great motivator to go vegetarian.

“We’re almost at that point, so I think this could be just the push that we need to do it,” Diane Hemmer said. “So maybe we won’t get the pastrami on rye at Aromas tomorrow.”