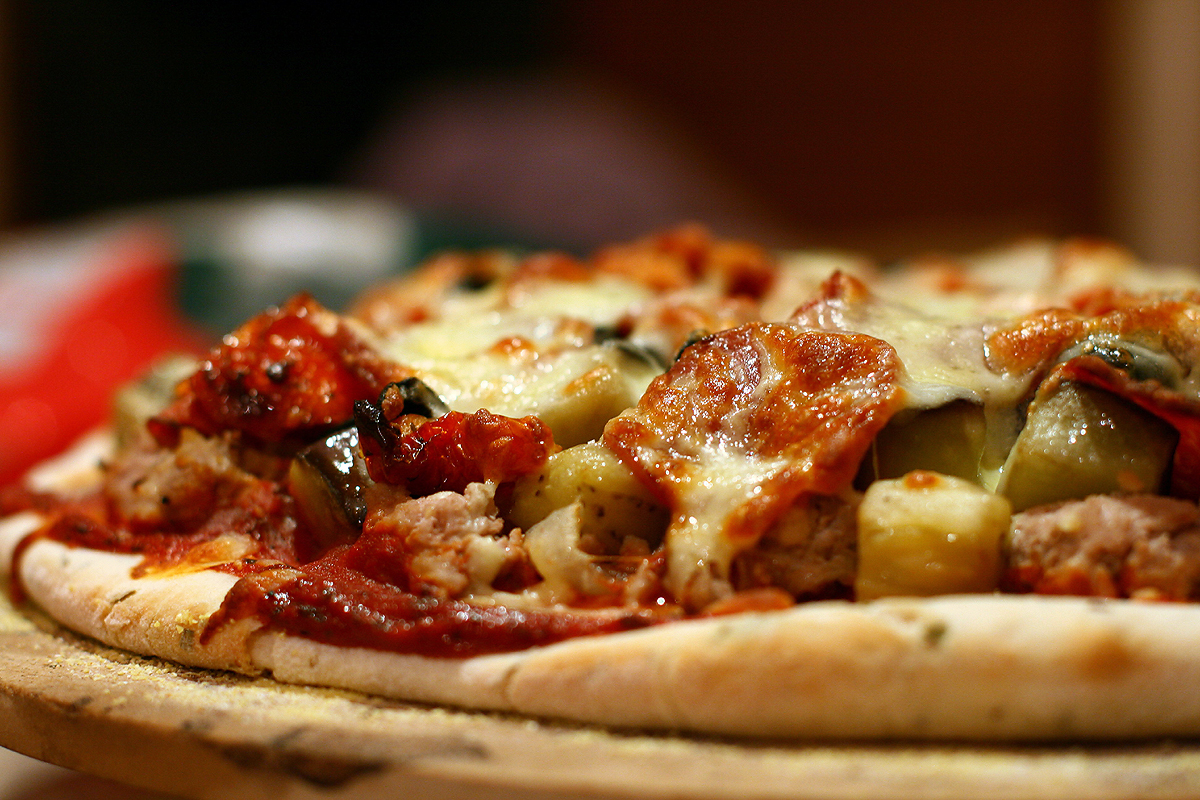 Blaze Pizza, located at 5134 Main St. in New Town Shopping Center, is the 97th storefront established nationwide, and the first to open in Virginia. Co-owner Bob Parsons said Williamsburg was the perfect fit for the new establishment because of the proximity to the College of William and Mary.

“William and Mary is a great fit,” Parsons said. “We were looking throughout the Williamsburg area, but this is the kind of development that we wanted … We are only a mile from campus.”

The company emphasizes speed, energy and efficiency as part of their operation, as workers rotate stations to fill the customers’ orders. Blaze Pizza trainers like Yvonne Deras, who has been with the franchise since its first 10 stores, flew in from across the country to support the Williamsburg location through its opening weekend. According to Deras, the Blaze Pizza brand focuses on the individuality of its customers and employees.

“It’s totally individuality-based which appeals to millennials,” Deras said. “This is what we are. You know we are not going to go somewhere where everybody is uptight and in a collared shirt anymore.”

Blaze is also centered on its “build your own pizza” concept that allows customers to get as many toppings as they want for under eight dollars. According to Public Relations agent for Blaze Pizza Rachel Bledsoe, the prices are specifically designed to be open to those on a college budget.

“I think the real ideal thing about Blaze is that it’s obviously a fresh food, high-quality product, but the price point is really good for just about any budget — especially a student budget,” Bledsoe said. “Additionally, it’s fast, so for people who are in and out, who are trying to get back to class or studying or what have you, we cook the pizzas in less than 180 seconds.”

The Blaze Pizza concept began in Southern California in 2012, when the founders were craving pizza, but were stuck going to a Chipotle instead. They decided to do something better, and the Blaze Pizza brand was born. Parsons and his co-owner, Lamar Sale, said that they were interested in the opportunity to own the franchise when it came to Virginia.

“We saw the opportunity come to us,” Parsons said of he and his co-owner’s new venture. “We were Wendy’s franchisees, kind of up in the Shenandoah Valley … We were looking at the fast casual pizza concept, and Blaze actually had the best product, the best energy; that’s the plus. It’s a chef-driven pizza, and quality is really top of the line.”

Cashier-team manager Hunter Hoggard-Brown said that she enjoys working at Blaze because the people are great to work with.

“We are just asking them to be themselves,” Deras said, “That’s what made me fall in love with the company, that that’s all they ask for of you … to see that from all the owners and even the founders is really great.”