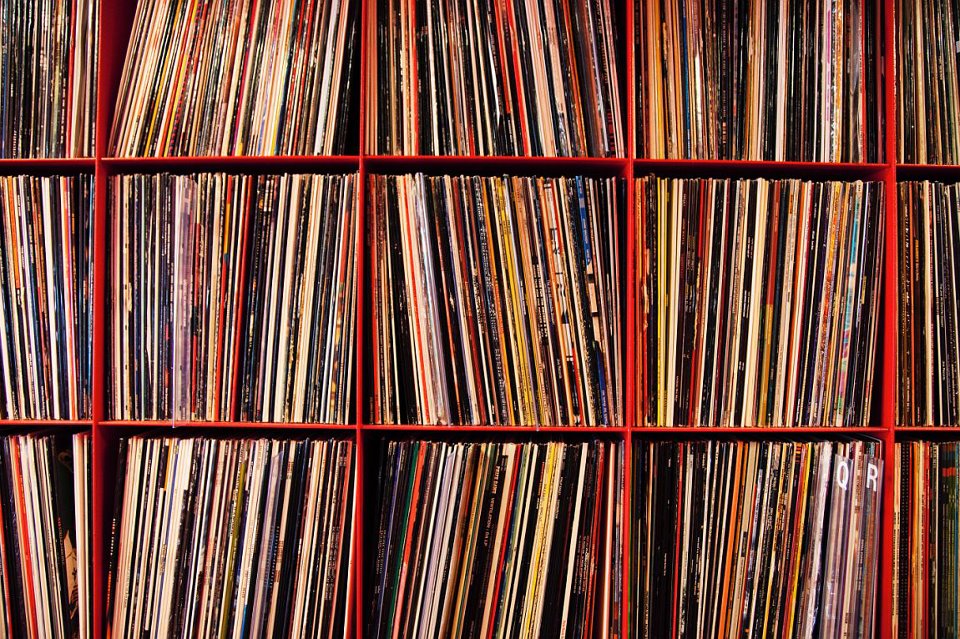 Hidden in the basement of the Campus Center, tucked away in what used to be a two-lane bowling alley that’s now filled with stacks of vinyl, is WCWM, the College of William and Mary’s very own radio station.

The  station was chartered in 1959 as the result of a petition from a communications major. In the beginning, WCWM was linked with the theater department and was located on the second floor of Phi Beta Kappa Memorial Hall.

“I’ve heard that it was such a meeting spot in PBK,” programming director Sarah Henry ’16 said. “You would spend almost every hour in PBK as a DJ. That was their social scene, people would just spend all of their time there.”

In the 1960s, WCWM’s primary function was educational. Faculty members were involved with the radio station, using it to engage with the community by primarily playing classical music.

In the 1970s, however, WCWM broke ties with the theater department and joined the publications council. Over the last few decades, the station has evolved from rock ‘n’ roll to punk and beyond. Since the early 2000s, WCWM has shifted its focus to fringe music and has reinterpreted their original role to encompass personal music education.

Station manager Caroline Creasey ’16 said that the station offers a community for those who love all kinds of music.

“I got involved with WCWM first thing my freshman year,” Creasey said. “I have always really liked music and I was curious to meet others who did too. I’ve stayed involved all four years because the group of people is really fun. Everyone has such a diverse music taste.”

Since its beginning, the station has expanded to broadcast 24 hours a day, seven days a week. Students go through a three part process for DJ training before signing up for a weekly time slot.

“A big part of the beauty of college radio is that it doesn’t have to be as structured as a normal radio station,” Creasey said. “Anyone can go through DJ training, they just help out at the station and learn how to do their own shows. It’s all very easy, most people who go through training end up doing their own shows.”

In 2011, the radio station hosted the very first WCWM Fest, a day-long music festival. Since 2013, the music festival has become a regular event. In the past, groups like the Mountain Goats, Real Estate, the Dodos and the Last Bison have headlined the festival. This spring’s festival is scheduled for April 2.

In a college of academic rigor I find solace in listening to some totally rad tunes.

WCWM is well known for its vinyl collection, so last year, Henry undertook a project to catalogue all the vinyl, discovering many first-press albums in the process.

“We have such an amazing vinyl collection,” Henry said. “It is really a big privilege to have that at such a small school. Last year I decided that we were wasting such a cool collection, so I did a lot of research with the Swem Music Library to decide what the best way to preserve the records was. I filled our backroom with vinyl.”

According to Henry, some of the standout vinyl in the collection include a first press of “Hound Dog” by Elvis Presley and rare records from the early 1960s and 1970s.

The station not only has an extensive vinyl collection, but it also holds a history rich with anecdotes from hours and hours of radio shows.

“I think one of the coolest stories I’ve heard is that our first female station manager was chosen the same year they lifted the curfew for women on campus,” Henry said. “Before, she couldn’t do the late night shows, because it wasn’t an extension to the curfew, but as soon as the curfew lifted, she became station manager.”

According to events director Jim Burns ’18, whether cataloging decades of vinyl or planning concerts and festivals, the members of WCWM have come together over their shared love of music.

“The best part of being involved with WCWM is the music,” Burns said in an email. “I have made so many lasting relationships by joining WCWM and it certainly has shaped my outlook. However, to be dramatic, the music those individuals have shared with me keeps me sane. In a college of academic rigor I find solace in listening to some totally rad tunes.”