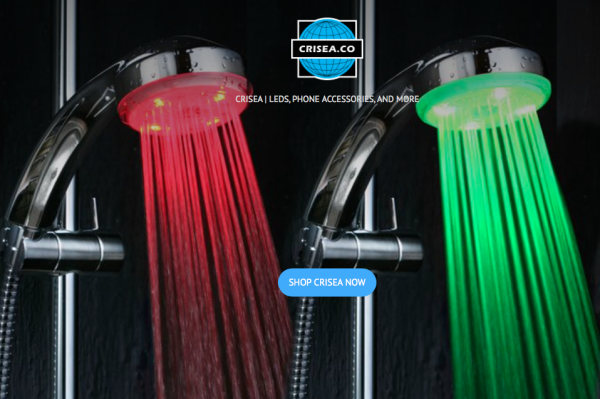 A College of William and Mary international finance class inspired Kent Rollins ’18 to found Crisea, an online start-up that sells LED products at discount prices. While the company is based out of Rollins’ home in Richmond, fellow students Daniel Hansen ’18, Tyler Treakle ’18, Neil McLean ’18, Kyle Perigard ’18 and John Murphy ’18 assisted in Crisea’s founding and help with its current operations.

Rollins said he realized that he could create a website to sell his products at a much lower cost than major corporations do because his company would not have the same overhead costs. He registered with the Virginia State Corporation Commission and the IRS, opened a separate bank account, and the company was born. Crisea is based out of Rollins’ home in Richmond because the College prohibits students from basing companies out of dorm rooms.

Treakle’s role in Crisea involves negotiating with factories via email.

He looks for products that he thinks college kids would find cool and that are often expensive because they are rare in the United States. The company also saves on shipping by buying products in bundles.

Rollins said most of their web traffic comes from Imgur advertising, and they have had a couple hundred dollars worth of traffic in the last five days.

“The best marketing is when you say, ‘Hey I have this cool product and it actually made my life better and this is how it helped me as a human being,’” Rollins said. “You have to connect on a more personal level.”

In the future, Murphy said the company hopes to expand their inventory by selling LED dog collars and watches.

The Crisea team also plans to expand their product of the month club, which offers a new product to members each month at a lowered price.

Murphy said that the company would like to establish a lifestyle brand centered around their love of LED lights.

Hansen said he heard that it is easier to negotiate with wholesalers if you have a name because it makes you look more official. He said the name they chose has impacted the traffic their website receives.