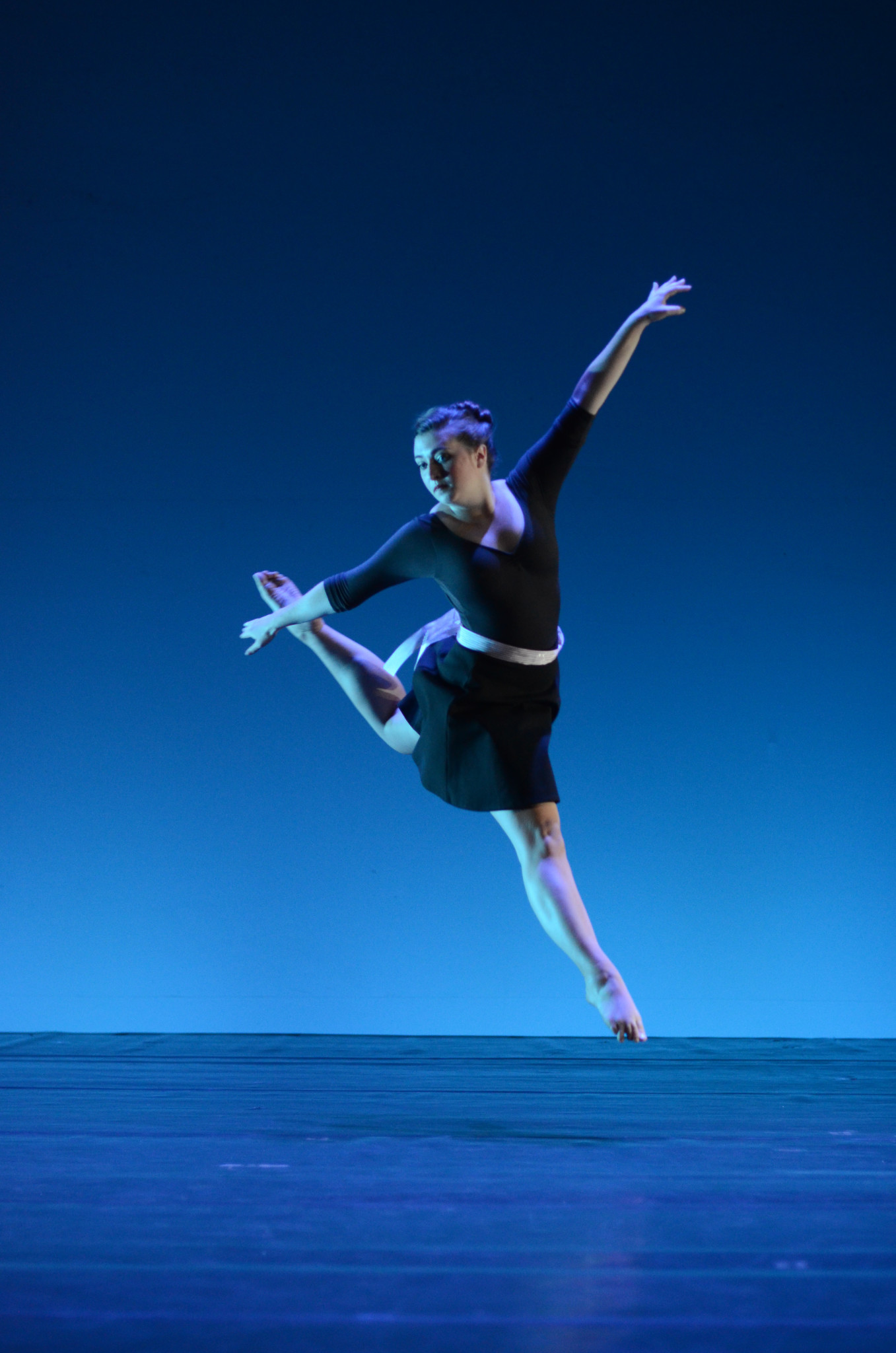 Orchesis Dance Company’s spring showcase, “An Evening of Dance,” featured a variety of pieces choreographed by the company’s student members. The dances tackled subjects ranging from Impressionism to traditional Japanese art and everything in between.

Of the 11 pieces, some had messages that were more subtly conveyed than others. Provocative titles, instrumental music and the movement of the dancers helped clearly highlight the themes of some, while others left the audience wondering. However, all of the pieces were powerful and featured impressive choreography.

Sophia Perrotti ’16 choreographed one of the subtler pieces, titled “Very.” Perrotti’s piece – featuring four dancers – explored the social hierarchy that exists among friends. Minimal lighting and strikingly colored costumes were dominant technical elements of the piece. The music, composed by Phillip Glass, also added elements of simplicity and grace, making it one of the most powerful and elegant pieces of the showcase.

Exploring the relationship between music and dance, Lauren Bomgardner ‘16 choreographed the opening piece titled “Quartet.” Washed in deep blue and purple hues, the stage was set for a well-executed, graceful piece. The four dancers interacted with live instrumentalists, which clearly depicted Bomgardner’s theme centered around the production of music. The music and the infrequent moments of silence were effective additions to the movement.

Arisa Smith ’17 choreographed one of the most moving pieces of the evening titled “Praise Within Shadows.” Smith’s piece used percussive, strong movement to reflect more than just the typical caricature of dainty Japanese femininity. Lighting ranging from soft shades of pink to vibrant reds set to haunting music clearly highlighted the strength and softness of femininity that Smith aims to depict.

As the only solo performance of the evening, “An Ending, A Beginning” was choreographed and performed by Katie Ingebretsen ’16. The piece sought to explore the art of Impressionism and changing perceptions of place over time. Lighting and costuming made Ingebretsen’s movement ethereal and flowing. Her movement was fluid and effortless as she explored the stage space.

Tovah Klein ’18 and first-time choreographer Hailey Arindaeng ’18 choreographed “to go on” and “Solace Within,” respectively. “To go on” explores the difficulties of someone unable to help themselves while denying help from others, and featured an impressive level of connection and interaction between dancers. The choreography was well-executed and skilled, creating a subtle but striking piece. “Solace Within” began washed in gray, and depicted an everlasting search for answers. One of the most striking moments of the piece was the opening, when dancers created percussion with their bodies on the stage.

Alexa Hinrichs ’16 choreographed “Going Nowhere Quickly,” using Max Richter’s music to depict the concept of growing up and taking the next step in life. Much of the piece was disjointedly choreographed, but the individual movement was impressively connected and graceful. A bold change in lighting paralleled the changes involved in growing older. This piece also featured some of the more impressive movements exhibited in the showcase, such as complex jumps and leaps.

Depicting different elements of religion, Kayla Welson ‘18’s “Trinity” was flawlessly executed. Spiritual elements of the piece were prominent, with the trinity motif manifested in the dancing trio. Additionally music set the stage for this religious piece. The three dancers worked well together, flawlessly executing the choreography.

Lizzie Fulham ’17 and Sarah Collier ’17 choreographed two pieces that were technically impressive and that most clearly depicted their respective themes. Fulham choreographed “(dis)connect,” which explored the relationship between humans and technology. Her piece incorporated sounds of typing, cellphones and music by electro-pop artist Baths. These elements, along with seemingly disconnected dancers, had a compelling effect. The theme of this piece was thought-provoking and one of the highlights of the showcase.

Collier choreographed “Modern Expanse,” a piece in two distinct parts. “Modern Expanse” dealt with science, religion and solidarity and looked at outer space as both an outsider and a participant. Stars projected on a black background, bright white costumes and distinct musical elements made the theme of this piece clear. Movements such as sharp poses and extensions were effortless and synchronized, making this piece truly beautiful to watch.

Ingebretsen also choreographed the finale, titled “Kaleidoscopic.” The piece focused on symmetry and the geometric patterns found in kaleidoscopes. Through symmetrical movements and choreography that allowed dancers to evoke the images of kaleidoscopes, the finale was impressive. While there were a lot of dancers on the stage, it never detracted from the movement. Brightly colored costumes and lighting also tied into the theme, and shadows on the psyche created another layer of art.

“An Evening of Dance” not only showcased talented student choreographers and dancers, but the production put on by Orchesis Dance Company also skillfully entwined thought provoking themes that went beyond the choreography. The dancing was in abundance, and the surprising food-for-thought was more than welcome.