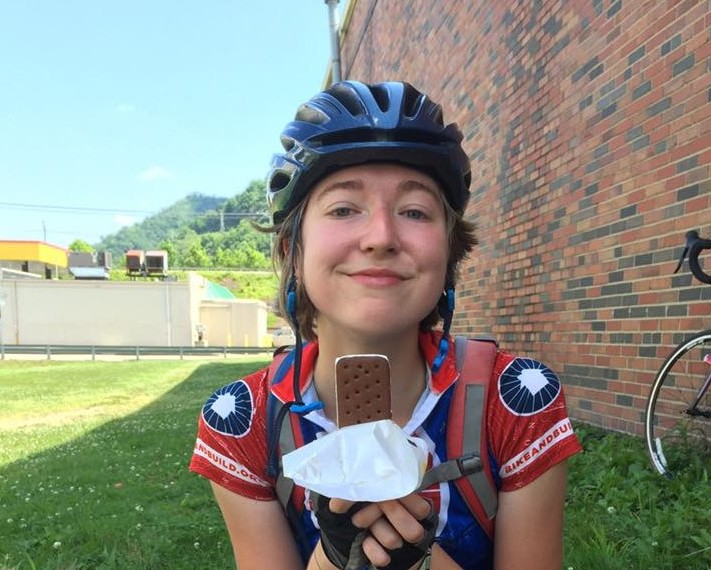 Anne Davis ’16, who graduated from the College of William and Mary in May, died July 13 in a biking accident in Idaho Falls while riding for an affordable housing nonprofit. According to a press statement from Bike & Build, the organization Davis was working with, she was struck while riding in Idaho.

At the College, Davis studied sociology and environmental policy and was a self-described activist for environmental preservation. She was involved on campus with the Student Environmental Action Coalition and served as a trip leader for Branch Out Alternative Breaks. She also participated in construction trips in the central Appalachian area and other biking campaigns for affordable housing and environmental justice.

Since May, Davis had been riding with Bike & Build’s Central United States team, and from May 19 to August 1 was scheduled to bike 3,875 miles to raise money to benefit affordable housing.

There will be a visitation at the Woody Funeral Home, Huguenot Chapel, 1020 Huguenot road from 2 P.M. to 7 P.M. Wednesday, July 20. Her funeral will be Thursday at 11 A.M. at the Bon Air United Methodist Church, 1645 Buford Road. In lieu of flowers, Davis’s has requested memorial contributions to be made to Bike & Build.

Davis was an active member in environmental advocacy organizations on campus including the Student Environmental Action Coalition. Davis played a leading role orchestrating Earth Week 2015 and was set to return to Williamsburg in the fall to serve as a Hunger and Nutrition fellow in the Office of Community Engagement. Brian Whitson, a college spokesperson, said that Davis will be deeply missed.

“Everyone at William & Mary is heartbroken to learn about the tragic death of Anne Davis,” Whitson said in an email.  “Our hearts go out to Anne’s family and friends.”

Ginger Ambler notified students of Davis’s death July 15 in an email sent to members of the community.

“Since Wednesday’s tragic accident, we have spoken with and heard from many of Anne’s friends,” Ambler wrote. “Those who knew her best admired her for being ‘passionate about building a more just society from the bottom to the top.”

Davis had recently taken up acting, too, after an acting class she took just for fun, Ambler wrote.

Davis is the fourth cyclist to be killed in a car accident where the vehicle’s driver was found to be responsible.