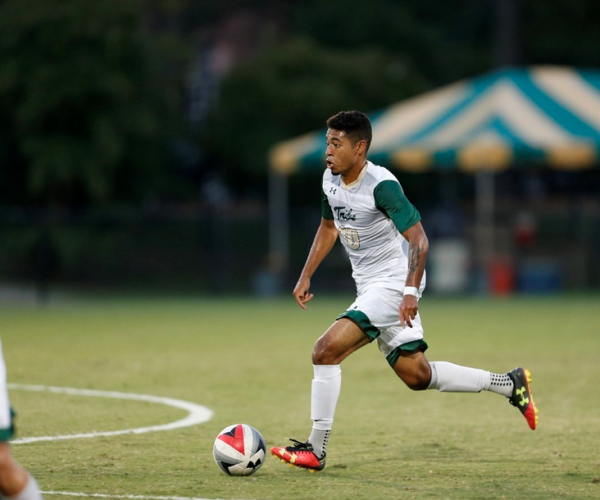 In the William and Mary men’s soccer match against No. 9 North Carolina on Sept. 20, something happened that was much bigger than the game itself. Three Tribe players knelt down as the Star-Spangled Banner began playing through the speakers at Martin Family Stadium.

Sophomore midfielder Antonio Bustamante, senior defender Jordan Petitt and redshirt sophomore forward Christian Jones joined demonstrators around the nation by kneeling down during the playing of the national anthem, which has caused a maelstrom of controversy after National Football League quarterback Colin Kaepernick brought it to the national spotlight.

I personally support the decision of these student-athletes to protest the anthem.

I personally support the decision of these student-athletes to protest the anthem. Petitt mentioned that he is protesting because he believes the country is not fulfilling the promise of equality and justice, and since he is free to act in the manner he wants based on current College rules, he and the other players should demonstrate if they so desire.

I haven’t seen anything like this in the Tribe’s Division-I teams before, and right now it is only seen in the men’s soccer team. With the diversity of student-athletes and other students here on campus, I figured it was only a matter of time before there was a protest like this on campus. People may disagree with their choice, believing it disrespects our nation’s veterans. As the son of a retired U.S. Navy member who was raised with an appreciation of the nation, its veterans and the flag, I still support the protests of the soccer players.

As the son of a retired U.S. Navy member who was raised with an appreciation of the nation, its veterans and the flag, I still support the protests of the soccer players.

The intention of these protests isn’t anti-military or anti-veteran, but rather anti-injustice. By kneeling down during the national anthem, Bustamante, Petitt and Jones have started a new conversation on our campus and within the Williamsburg community. The protest isn’t hurting anyone and started because certain individuals were facing inequalities in our nation. I believe the players should continue to keep the conversation going as long as they believe the injustice remains.

Sporting events are a great platform for protest due to the attention they receive from a wide variety of people across the country. With the way fans latch on to storylines and role models of their favorite teams, I believe sports is one of the best places to start national conversations. I applaud the men’s soccer players who are participating in the protest, because, as one of the Tribe’s best teams so far this fall, attention was already drawn to the team. Even without a big audience in last Tuesday’s game due to an impending torrential downpour outside, the players took their places on the field or sideline and did what they believed would start a conversation.

With the way fans latch on to storylines and role models of their favorite teams, I believe sports is one of the best places to start national conversations.

It remains to be seen whether other College student-athletes will join the three players in kneeling for the national anthem as the fall progresses. But if they do, I respect their right to do so. I hope that the conversation extends beyond criticism of the demonstrations and instead turns to a criticism of the flawed systems that the protests of Tribe student-athletes, Kaepernick, and a myriad of others represent.