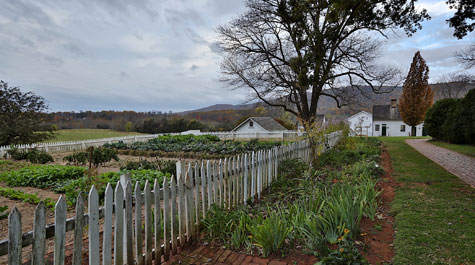 New discoveries at James Monroe’s Highland, the fifth United States president’s estate located in Charlottesville, Va., shed light on the architectural features of the founding father’s home while also providing a new perspective on Monroe himself.

The estate, bequeathed to the College of William and Mary in 1974 by philanthropist Jay Winston Johns, who received an honorary doctorate from the College in 1967, is the only U.S. president’s home owned by a university.

Monroe’s home was, until a few years ago, assumed to be a surviving wing of a two-wing house, with a two-room lobby entrance typical of area plantations during that time.

According to Executive Director of Highland Sara Bon-Harper, this falsehood long pre-dated the College’s research.

“The misunderstanding of the standing house as Monroe’s main house is not new,” Bon-Harper said. “That didn’t come about just when the College inherited the property. My research colleagues have showed me newspapers articles dating back to 1885 saying that what is standing is the wing of Monroe’s main house.”

When Bon-Harper was hired in September 2012, she said that she was eager to revamp archaeological efforts at Highland.

Unsatisfied with the current explanations, she began a campaign to discover the truth.

“I was really looking from the ground up,” Bon-Harper said. “Out came the questions of what we know and why we know them. Really examining the current knowledge and the sources of current knowledge.”

Efforts at Highland are controlled by both a president’s advisory commission, which meets quarterly, and the Monroe Legacy working group, a body created to promote Monroe and his career, ideas and accomplishments.

While the College does contribute to the Highland’s endeavors, the grants do not meet the amount needed to fully fund the research.

“The Monroe Commission and the Legacy group unanimously and strongly supported me in furthering this research and really showed great courage in saying, ‘Yes, you really need to do the research and you need to find out the truth,’” Bon-Harper said. “If it’s an awkward truth, we’ll deal with that when it happens. But whatever it is, we need to know the truth.”

After receiving the necessary funding, Bon-Harper and her team at Highland discovered a deposit of architectural debris in the front yard of the standing house, containing nails, window glass, wall plaster and more.

This discovery spurred a larger effort, which involved dendrochronological experiments that linked the remains to the year 1818.

“I wanted to be very, very sure that if we were revising our long-held history of this property that we were as absolutely careful as we could be,” Bon-Harper said. “And I could imagine scenarios where rafters or roofing had been replaced.”

Samples taken from other areas of the home confirmed the original results that the house dated back to 1818.

This conclusion coincided with a letter Monroe had written that had already been used to interpret a part of the estate but had, until this point, gone partially unexplained.

“I have a new house just below the present one,” Monroe wrote, sharing news of his latest addition, speaking later in the letter of plans to convert a former slave quarter into a guest home.

Bon-Harper’s and her team’s discoveries changed many previous notions of Monroe and his home.

“I think we have been sort of lured into the understanding of Monroe as humble and living within his means and perhaps not that ambitious,” Bon-Harper said. “Whereas having a house really much larger and more significant than previously seen is important and gives us a chance to say, ‘Ok, let’s look again and see what we might have been overlooking based on this humble architecture.’”

Member of the Monroe Legacy working group and of the Board of Visitors Chris Little is a fan of Monroe, and displays a portrait of the former president above the fireplace in his home. Little also said that the exploration of Monroe and the publication and the dispersion of this new perspective will take time.

“It’s not going to happen overnight,” Little said. “But seems to me, there is no more logical place to be a center of study of that period of history than William and Mary.”

Little and the rest of the Monroe Legacy working group have created a master plan for Highland that recently was unanimously passed by the College’s Design Review Board, Administration, Buildings, and Grounds Committee and then the Board of Visitors — a credit, Little said, to the importance of the movement.

The plan includes an archaeological exploration of the site of the house, the construction of a pavilion over the dig sites to protect from weather and allow visitors to observe the ongoing exploration, and the creation of a visitor center for Highland.

Aside from these goals for the estate, Little emphasized the need for additional efforts to aid in the expansion of Monroe’s legacy.

“His papers need to be digitized,” Little said. “It’s very important to expanding scholarship and study of Monroe. In today’s academic world, scholars studying a particular period spend a lot of time in front of their computers easily accessing materials that weren’t available to scholars 30 years ago, and Monroe’s papers are not available that way.”

According to Little, there is talk of the creation of a doctoral fellowship program in the history department at the College, for the studying and teaching of Monroe and his period of history. This is something unprecedented at the College.

“Like the mature Monroe, William & Mary seeks to enable students to see complex, often divisive, issues from many perspectives and to work toward practical, unifying solutions in the public interest,” College President Taylor Reveley said in a press statement. “This isn’t easy to teach or easy to do, but it is essential to the national good.”