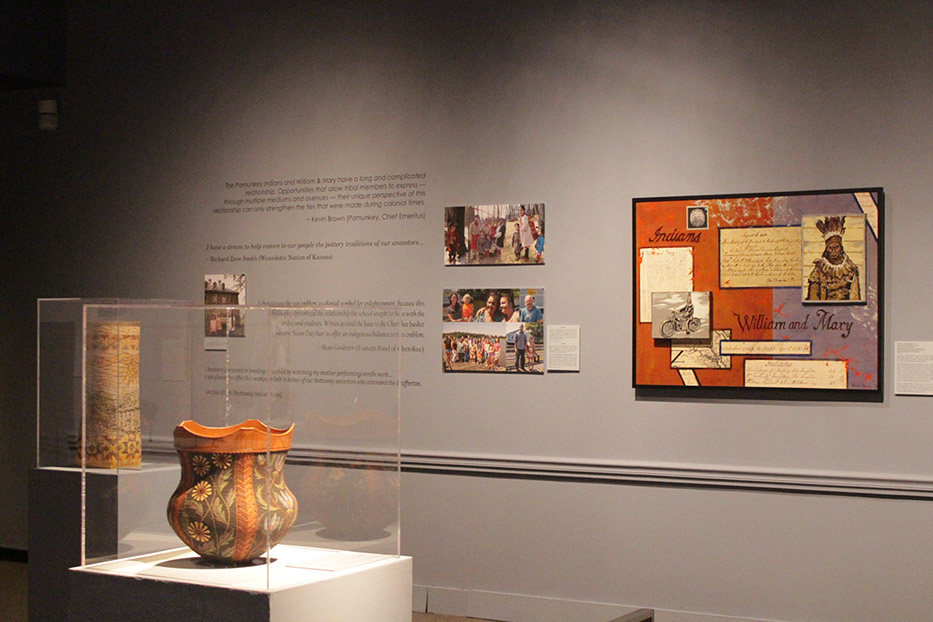 When I heard that there was going to be an exhibit about the Brafferton, the building which housed the infamous Indian school where our beloved founders essentially forced English customs on the young Native American boys they had kidnapped, I was excited. I was excited in the way that one is excited before a fight.

But really, isn’t that what the Brafferton represents for the College of William and Mary? A struggle between our seedy unjustifiable past and our seemingly liberal present? The building used to be the site of Native American forced education, and now is home to the President’s office. We, especially as students at the College, should force ourselves to think about what this means. How does this underbelly of our history — the kind of history that doesn’t have a glorified theme park made after it — affect our present and our future?

It’s not something we haven’t seen, or addressed, before. The school has recently recognized the enslavement of African Americans in its past with the renaming of Lemon Hall. It seems that the College has been trying in a lot of ways to expose the wrongs of the past and is now revealing them in a particular way in this exhibit — through the collection of art and object.

In fact, this rediscovery of the Brafferton has been going on for about 10 years now, as the curators, Danielle Moretti-Langholtz and Buck Woodard, have been constructing this narrative with care and passion for over the past decade. The exhibit is set up elegantly, in a series of three rooms, beginning with the founding and funding of the school, then its creation and operation, and lastly the contemporary perspective and reception of the Brafferton among Native American peoples and tribes. It’s essentially a built-in timeline, walking you straight through the history, creating it around you. But how do they construct the history?

Thoroughly. The combination of texts, images and historical objects is actually more exciting than it seems, as the curators have searched for them around campus and throughout the world. Fascinating portraits of wealthy white men and women from the colonies and England are placed on the same walls as those of Native Americans, teetering on the border of portrait and ethnography. Texts such as the charter of the College (a contemporary copy) and the Bible of John Rolfe, which is said to have been used by Pocahontas, are not only on display, but are integrated into the story of the Brafferton’s conception.

While theater and historical artifacts aren’t the kind of thing that typically grabs the public’s eye, there is something undeniably cool about them.  These objects are cool in the understated, nuanced way that we all strive for but mostly miss. They reveal so much precisely because they are trying to hide something. Secrecy, hegemony, money, power — everything involved in a good intrigue novel is there.

Just as the record of history has a certain bias, so does the art that reflects it. Beauty can be a facade for the ugly reality in which it was made. When we recognize this, and can identify those misrepresentations, an even more holistic story is created. Motivations are uncovered and context is given life. And, most importantly, we recognize these biases, injustices, or concerns in ourselves and our world. This art, by virtue of both what it shows and what it hides, gives us that.  In other words, sometimes we have to frame the art and sometimes we have to let the art frame us.

I won’t ruin the narrative for you. And I can’t really say there is a single narrative to ruin. It is yours to investigate, digest and reconstruct for yourself.

Correction 10/31/16 at 7:24 p.m.: An earlier version of this article named Valerie Woodard as a co-curator of the exhibit. In fact, the co-curator is Buck Woodard. The article has also been updated to reflect the fact that the charter on display is not original. The document is a contemporary copy.