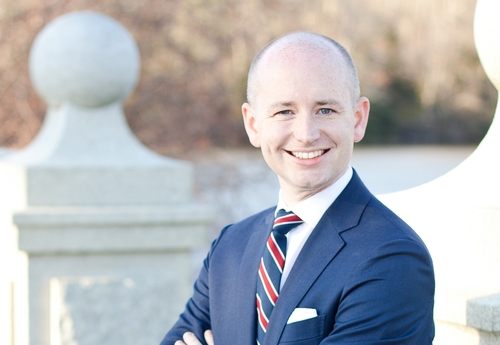 Following his graduation from Christopher Newport University in 2004, Mike Mullin received a law degree from the Catholic University of America and has since been working as a criminal prosecutor, volunteering with victims of domestic violence and lecturing on gang crime. Now, he’s running as the Democratic candidate for District 93 of the Virginia House of Delegates.

“I always wanted to be a criminal prosecutor,” Mullin said. “Helping people is something that is incredibly important to me, and it drives my work life and personal life. The best way I saw to do that was being in the courtroom.”

After starting out as a criminal prosecutor, Mullin said his focus progressed to more complex criminal enterprises. He chose to specialize in complex cases involving sexual assault.

“It’s where you can do the most good,” Mullin said. “People are at the worst moments in their lives. Just being able to be there for them is incredibly important.”

According to Mullin, his work as a criminal prosecutor is also something that makes him qualified to represent the district in the House of Delegates.

“There are a lot of lawyers in the General Assembly, but we need a prosecutor,” Mullin said. “Someone who has that background, who sees how laws are applied to people, who sees where we can do well, and I think that is something unique that I can offer.”

Mullin was introduced to political activism during his time at Christopher Newport University. He double-majored in English and history through the honors program at the university. Outside the classroom, Mullin served as the editor-in-chief of The Captain’s Log, the student newspaper at CNU.

His first experience with local politics in college came from his involvement with Virginia21, a non-partisan organization which he helped to found which focuses on state legislation that affects students.

According to Mullin, the inspiration for Virginia21 came from some of Mullin’s friends who were going to school at the College of William and Mary. Mullin said that he and his three friends met in Williamsburg and talked about issues that were relevant to college students in Virginia.

“We were meeting here on campus and talking about how there was a bond referendum for higher education to build necessary buildings and infrastructure, and students weren’t being heard on that issue,” Mullin said. “Students who were not normally active in the political process were trying to speak up for issues like making sure students can register to vote at their dormitories as opposed to where their parents live.”

According to Mullin, the environment at the College was different because students did not have many opportunities to be active in Williamsburg politics. He said that, at the time, Virginia21 even found it difficult to get students to register to vote. Mullin said that he thought much progress had been made since then because two students from the College have been elected to the City of Williamsburg’s City Council.

“Lobbying on behalf of colleges and universities and speaking as one voice as college students is something that has never been done before in Virginia, and it is great to see it being continued here [at the College],” Mullin said.

Although Mullin has been active in his community and has volunteered with the Democratic Party, knocking on doors for former Virginia Senator John Miller and incumbent representative for District 93 in the Virginia House of Delegates Monty Mason ’89, this is his first time running for office.

“All of this inspiration comes from Senator John Miller,” Mullin said. “He was a good friend and a model in my mind for who a politician should be and how, here in Virginia, can be. Senator Miller was a huge inspiration behind that and he has left a huge hole in our politics. I’m glad that someone so wonderful as Monty Mason can move up. I hope to continue similar work in the House of Delegates … I volunteered with them before, and I got to see firsthand how they were running their campaigns and who they were as people.”

Mullin said that he hopes to continue to be involved with the Young Democrats and other student groups at the College in the same way Mason and Miller were.

“My wife is a William and Mary alum,” Mullin said. “If I wasn’t here on campus all the time, I’m not sure she’d be particularly happy with me. I’ve been out on campaigns with the Young Dems and marched in the homecoming parade with my three boys. We are as active as we can be.”

While Mullin acknowledged that many students at the College are politically active and have registered to vote through Virginia21 or other organizations, he said that he wanted to make sure that students went out to vote, especially for the contested 93rd District seat.

“This race is the 34th seat in the House of Delegates for the Democrat side,” Mullin said. “At that amount of seats you can sustain [Governor Terry] McAuliffe’s vetoes. It is the only contested seat on the ballot in Virginia and a lot of focus is on this race, so holding Monty’s seat is incredibly important to making sure that so much of the horrible legislation in places like Indiana and North Carolina [doesn’t] end up being passed and made into law here in Virginia.”