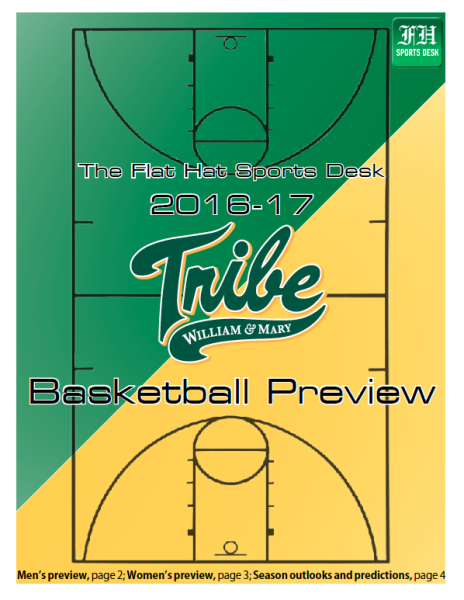 This weekend. the new season of William and Mary basketball kicks off at Kaplan Arena with a home game for each team. Flat Hat Sports Editor Nick Cipolla and Flat Hat Staff Writer Josh Luckenbaugh preview the seasons ahead. Links below for the full previews:

Men’s basketball preview: A good year to be “our year”

After a close 70-67 loss to Hofstra ended William and Mary’s Colonial Athletic Association play back in March, the Tribe has been practicing and training for what could be one of the best-ever seasons for the squad. The premier program for the College tips off its season this weekend at Kaplan Arena.

As head coach Tony Shaver put it, the key to this season will be chemistry. With the loss of the team’s emotional and defensive leader on the court Terry Tarpey ’16, as well as core big man Sean Sheldon ’16, a larger portion of the team will be relied on to play a role in the coming months.