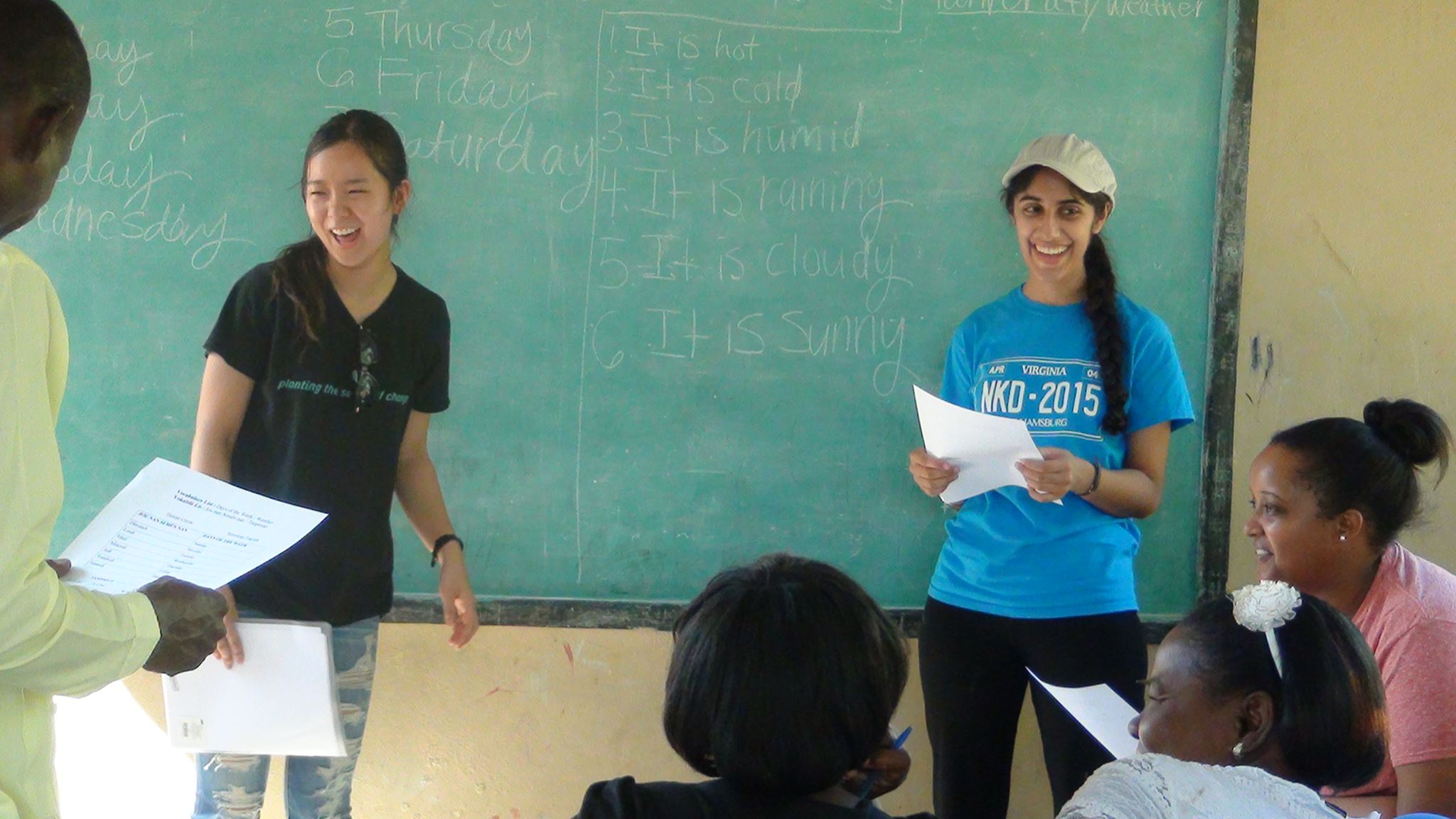 Winter break means many different things for students at the College of William and Mary. For most, it means sweet relief from the constant barrage of emails from professors, procrastinated assignments, frustrating group projects, and caffeine overdoses. For others, it means reuniting with family and celebrating holidays. But, for some, it means giving back to communities through projects about which they are passionate.

According to the College website, Branch Out alternative breaks are “immersive service trip[s] in which students engage in direct service with a community partner organization.” Students have the opportunity to travel across the country, or even across the globe, to participate in community service of their choosing. This year, there were five different Branch Out programs with different causes that students joined to give back: Haiti Compact, Outreach360, Bridges to Community, project:HOMES and the Lemon Project.

The Haiti Compact, which originated after the Haitian earthquake in 2010, agreed to return to Haiti every year for four years. Participants continue their work with the Haitian people to restore destroyed communities. After the four-year contract was over, the Haiti Compact added an extra four years of community partnership.

This winter break, five students, including the two co-site leaders, Jose Acuna ’18 and JiaJia Chen ’18, went to Haiti for 11 days to work with the Haiti Compact, assisting in the restoration of local Haitian areas. The students partnered with Gabrielle Aurel, CEO of the non-profit organization Sonje Ayiti, to redevelop communities. They intended to work with students of the Cima School of Hope to teach them English, but a storm prevented them from actually meeting with the children. They were also taken to different areas of the country to volunteer and learn more about the work that Sonje Ayiti does to provide jobs and economic sustainability for local Haitian communities.

“Right now, the government is trying to get a lot of charity, but that’s not a sustainable form of living,” Acuna said. “So that’s why [the executive members] are very in to starting small businesses, like the restaurant, the cocoa factory… And they train the Haitians to be able to work in those environments — they just do so much.”

The team got to visit two different local, affordable restaurants, a cocoa factory run by women, a new chicken processing plant and more. Acuna was delighted to see that Haitians are keen on improving their own situations through education, employment and reinvestment in their own communities.

Another international trip was made possible through Outreach360, where 10 students travelled to Nicaragua for one week, and five students stayed for a second week. The students taught native schoolchildren English using worksheets, games, flashcards and more.

“[The students’] English is pretty advanced at this point, so we’re teaching them… fluency, making sure they’re still talking in English…[and] thinking in English,” site leader Katie Freund ’17 said.

Freund remembered a vocabulary-advancing activity where one boy wrote a mystery story about Donald Trump murdering Hillary Clinton, and the following investigation that sent him to jail.

“[These are] really smart kids, but also they just pick up so much,” Freund said.

She has been back to Nicaragua every year since she was a freshman, and she has been able to observe the same children’s progress and growth.

“Living in the community is integral to the success of the overall project, because it allows us to make genuine and authentic connections with local Nicaraguans and form mutually beneficial relationships,” Emily Holtzman ’18 said.

Also in Nicaragua, a group of students travelled with Bridges to Community to build a home for a deserving family. They stayed in a rural Nicaraguan village with a beneficiary family and learned to build houses from local masons.

“Living in the community is integral to the success of the overall project, because it allows us to make genuine and authentic connections with local Nicaraguans and form mutually beneficial relationships,” site leader Emily Holtzman ’18 said.

The students had the opportunity to participate in cultural exchanges, and they learned traditional Nicaraguan dances and ceremonies from the locals.

Holtzman remembers, “It was hilarious to watch the team try to keep up with the Nicaraguans and [ending up] falling all over each other.”

The team also had the opportunity to travel around Nicaragua and even visit an active volcano with flowing lava.

Holtzman said, “Being able to witness boiling, flowing magma in person was a sight I will never forget, and probably the coolest thing I have ever seen.”

Here in the United States, nine students worked with project:HOMES and Virginia Supportive Housing to help with affordable housing renovations and learn about different programs and housing options on Martin Luther King Jr. Day. With project:HOMES, the students scraped and repainted a porch for an ongoing restoration project, and with Virginia Supportive Housing, they learned about the residential community opened for housing formerly homeless single adults.

“Our group appreciated getting the chance to learn about the differences between something like the New Clay House and a shelter,” site leader Sarah Thoresen ’17 said.

“Overall, I was impressed with the positivity and effort our participants brought to the trip,” Thoresen said. “Our reflections were also impressive. It was great to hear everyone’s different perspectives and the conversations that followed.”

Students also volunteered with The Lemon Project. According to the College website, The Lemon Project “is a multifaceted and dynamic attempt to rectify wrongs perpetrated against African Americans by the College through action or inaction.” Over Martin Luther King Jr. weekend, 11 students sifted through Flat Hat articles from the beginning of its establishment to find articles specifically focusing on race relations. Once the articles were found, the students uploaded them to a public Omeka database for people to reference when studying the intersectionality of race and journalism. Among the articles found, some argued for the College’s continued segregation, some argued against it and some argued for the education of African Americans.

“I think it is more valuable than ever to look at how history, in many ways, repeats itself,” site leader Brendan Boyle ’19 said. “So, I think that… we need to ensure that we are looking at history, and we are understanding history, and we are understanding how it is still relevant today, and how we can mitigate repeating it.” For those interested, you can find the organized database of articles at: https://lemonlab.wm.edu/exhibits/show/timewillandshouldtellall.