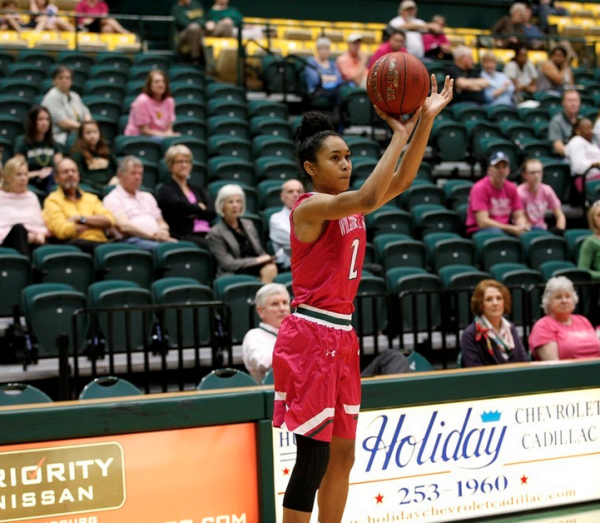 William and Mary needed the shots to fall Sunday. An energized and emotional Elon team was eager to protect home court on senior day and the College had to be at its best in order to stage the upset. But it turned out to be one of those days where you just can’t buy a bucket.

The Tribe shot a dismal 25.9 percent from the field and got trounced by the Phoenix, losing 70-47 at Alumni Gym. With the victory, Elon (21-6, 13-2 CAA) remained tied with James Madison at the top of the Colonial Athletic Association standings while the College dropped its second straight game to fall to 16-10 and 6-9 in CAA play.

“They knocked us back on our heels,” head coach Ed Swanson said to Tribe Athletics. “Defensively they really got in our faces and intimidated us. They took it at us and we had no response for them.”

The Tribe only managed to score 13 points in the first half due to the stifling Phoenix defense and headed into the locker room at halftime facing a 20-point deficit. The Tribe briefly found momentum in the third quarter with a 6-0 run to cut the Elon lead to 14, but the Phoenix responded with a run of its own and scored nine unanswered points to keep the game out of the Tribe’s reach for good.

“They knocked us back on our heels,” head coach Ed Swanson said to Tribe Athletics. “Defensively they really got in our faces and intimidated us. They took it at us and we had no response for them.”

Accuracy from the free-throw line and the play of sophomore guard Bianca Boggs provided a couple of bright spots in the midst of defeat. The Tribe sank 14-15 (93.3 percent) from the charity stripe and Boggs had a strong second half to finish with 13 points, five rebounds and three steals.

“The team that started the second half off, we cut it to 14 points,” Swanson said to Tribe Athletics. “I thought they played with great energy and they were led by Bianca Boggs. I thought she really came out and asserted herself on both sides of the floor. I was really proud and happy of the way she played.”

Junior guard Latrice Hunter added seven points, four rebounds and three assists and sophomore forward Ali Engelhardt chipped in off of the bench with five points and four rebounds in the loss.

The Tribe has the opportunity to rebound at home Friday against UNC-Wilmington. The game marks the Tribe’s senior night and tip-off is slated for 7 p.m. at Kaplan Arena.