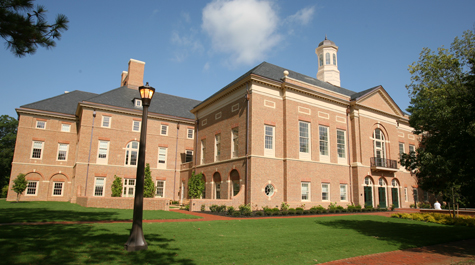 In a department that prioritizes experience outside of the classroom, some students are questioning the Mason School of Business’s policy towards internships, which does not allow for academic credit.

In previous years, the business department offered an online course over the summer that was meant to complement outside internships; however, last summer, the professor who taught it left the College of William and Mary for another institution.

Assistant Dean for Undergraduate and One Year Masters’ Programs at the business school Jennifer Dahnke does not think the departure or the department’s policy are significant issues.

Each of the College’s academic departments has its own policy towards internships, but according to Dahnke, the business school does not have full control.

There’s a lot of kind of HR kind of rules and regulations that go around internships and crediting and having to follow federal mandates about how students are kind of working in different capacities,” Dahnke said.

“There’s a lot of kind of HR kind of rules and regulations that go around internships and crediting and having to follow federal mandates about how students are kind of working in different capacities,” Dahnke said.

Nathanael Paige ’18 is a current business school student and is majoring in marketing. He thinks that allowing academic credit for internships would encourage more students to engage in work outside of the classroom.

“It would incentivize a learning experience,” Paige said. “It would equate what I am doing in school to real-world applicable knowledge and it would result in me having to take less classes in the school year.”

Paige has not participated in any internships, but he plans to this summer.

He said that he understands why the business school does not require internships for any of its majors or minors.

“Some people don’t have the means to engage in internships,” Paige said. “It costs money to get an internship: you have to travel for interviews, you have to have somewhere to stay if the internship is not close to your home. A lot of things could go wrong, and a lot of conflicts of interest could occur.”

Nicholas Yabar ’20 plans to apply to the business school next year.

Yabar said that he also believes that awarding academic credit for internships would benefit students.

“That would just promote internships, which is a huge part of people’s academic careers outside of school,” Yabar said.

“Internships [are] what gets you to jobs and other places, not where you went to school,” Yabar said. “It is the experience that you have outside and what you do with the education you receive that really matters.”

Dahnke, however, said she thinks that the value of internships extends beyond possible academic credit.

“What we’ve said is it’s not so much the transcript … it’s what goes on their resume, and so that is another place that outlines what you’ve done in college and your experience, rather than having to have a transcript designation,” Dahnke said.

According to Dahnke, this issue extends beyond just the College. She said that internships have become a nationwide debate.

I really think there is a larger debate going across the business schools right now about how do we handle internships,” Dahnke said.

“I really think there is a larger debate going across the business schools right now about how do we handle internships,” Dahnke said.

Associate Provost and University Registrar Sara Marchello does not think internships are a key part of the College’s academic goals.

“[Internships are] not a central part of the academic experience at William and Mary,” Marchello said. “For example, it’s not part of our new college curriculum. They’re not required, generally speaking. They could be used to support a student’s curriculum, rather than being central. There are other colleges that put more emphasis on internships, especially on the career development side of things.”

Still, even without academic credit, Dahnke advises students to focus on using internships to market themselves.

“You don’t need the academic credit to be on there because it would have to be an additional project on top off what you’re already doing,” Dahnke said. “What you are really wanting to do is make sure you’re articulating things well on your resume, and you can go forward and share those experiences as you interview.”