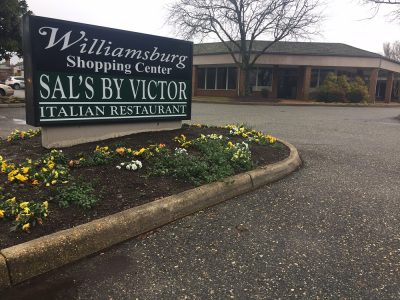 The Williamsburg Shopping Center, located at the intersection of Monticello Avenue and Richmond Road, was sold to Broad Street Realty Jan. 6 for $13.3 million. The shopping center is currently home to ACE Hardware, Virginia ABC, Food Lion and Sal’s by Victor Restaurant.

After a foreclosure in 2015, the shopping center passed through many hands before ending up in Broad Street Realty LLC’s portfolio. The original owner, DLC Management Corporation, based out of New York, stopped paying the mortgage, causing its foreclosure. A special servicer company, Torchlight Investors, then handled the Shopping Center on behalf of its Wall Street owners. The center was then sold to Broad Street Realty LLC by CBRE Group Inc., a commercial real estate company.

“When it went into foreclosure in 2015 we knew that it was likely when it was sold to … another private property owner, that they may want to do redevelopment there, not just fill the shopping center buildings like they are now because it’s a prime piece of property in the city,” Economic Development Director for the City of Williamsburg Michelle DeWitt said.

Now in the hands of Broad Street Reality, the shopping center’s future is still unknown. There are restrictions on what can be done with the property because Virginia is a Dillon’s Rule state, meaning that local governments are only allowed to do what state governments allow.

There are also restrictions on what can be done based on zoning areas within Williamsburg. Building height restrictions exist and there are limitations on the types of residential living areas that can be built in areas like Midtown, which is where the Williamsburg Shopping Center is located.

“We’d like to see retail, entertainment, dining,” DeWitt said. “We think there’s a need for a hotel there and then we think residential [housing] probably is part of the redevelopment but that’s not allowed by the zoning currently.”

DeWitt said that they hope to bring in new businesses that will help Williamsburg stand apart from nearby towns. The current goal is to turn the shopping center into vertical mixed use property, similar to Tribe Square, across from Blow Memorial Hall. She said they would also like to renovate the roads and sidewalks in the Midtown district.

“What they’d like to see is a traditional grid system for the roads so kind of like a small-town America,” DeWitt said. “So, they’re blocks so people feel comfortable biking and walking and driving and parking in those areas and they also said we’d like people living there in addition to commercial uses there. We’d love to see first floor commercial with two, three, four stories of residential above it.”

Senior Vice President for Finance and Administration Sam Jones said that redeveloping the shopping center and bringing in new businesses will benefit Williamsburg as well as students at the College.

“We’re encouraging anything around the College that would make your life a little bit easier as a student and just give you some variety,” Jones said. “Williamsburg is interesting in that it’s a tourist town with a top-notch university here and, you now, I think sometimes we struggle with the balance between that particularly with some of the businesses that are all around us.”

Jones said that updating the shopping center could provide news jobs to students and could bring in business that offer long-term employment. Currently, the City relies on seasonal employment.

Broad Street Realty developing a plan for the shopping center, but the City has contacted them to share its vision. Broad Street Reality’s Marketing and Events Coordinator Rebecca Schwartz said it was too early in the planning process to provide accurate details as to final plan.

Schwartz said that it was important to retain certain stores in the shopping center, particularly Virginia ABC, and said that she understood how they could be of importance to the City and the College.

“We are pleased to become part of the Williamsburg community with ownership of the shopping center,” Broad Street Reality CEO Michael Jacoby said in a press release. “We look forward to a strong relationship with the City of Williamsburg, our tenants and a solid return for our investors.”

City Council member Benny Zhang ’16 said that he remains optimistic about Broad Street Realty’s intentions for the shopping center and said that he expects Virginia ABC and Sal’s Restaurant to remain, as they are leading revenue generators for the City. However, he said he had concerns about the company’s interests.

“I think our fears are, and it’s a legitimate fear, is that … redeveloping that entire place and making it multi-family mixed use apartments on top and retail on bottom — that’s a significant investment,” Zhang said. “There’s no reason to want to do that … Most of these developers just want to flip it in 10 years.”

The vision for the shopping center that City officials like Zhang share is one that includes businesses for dining, shopping and entertainment with student and family housing above the shops. This vision expands beyond just the shopping center.