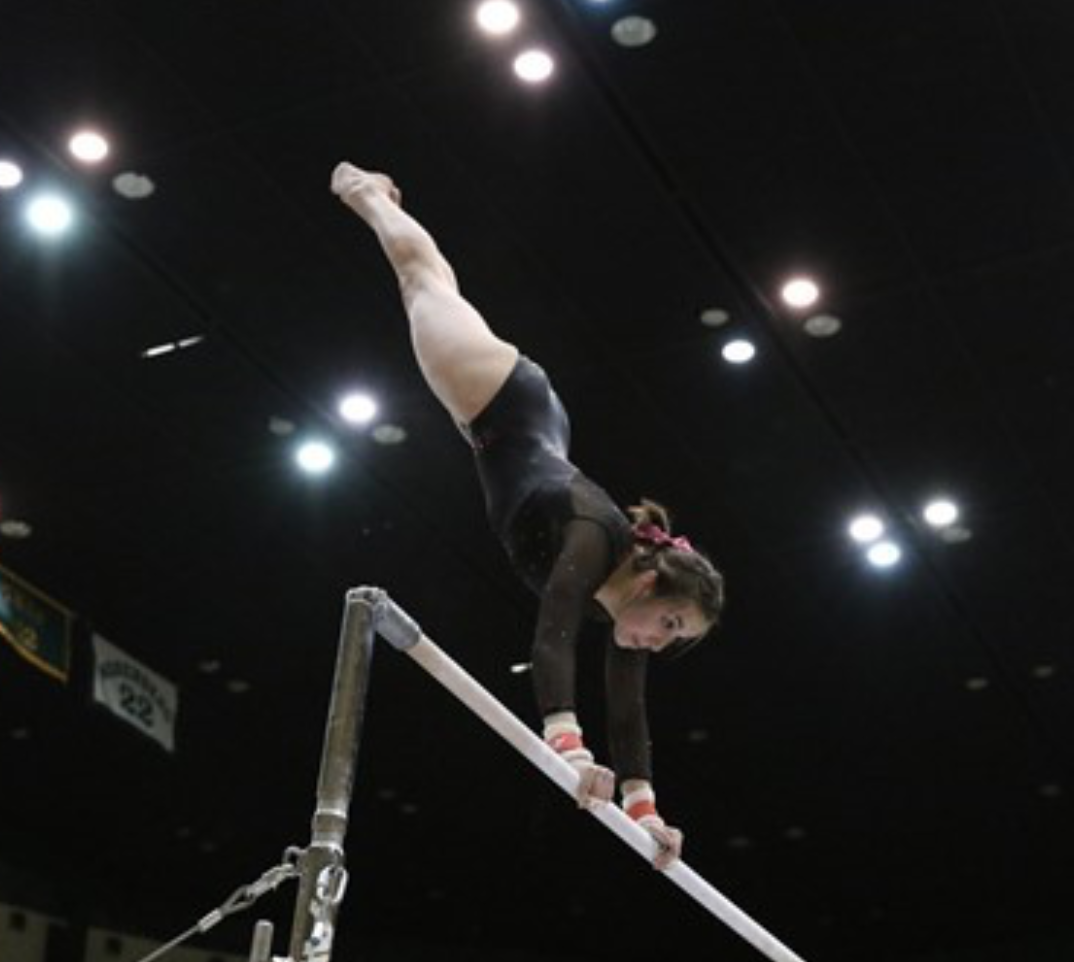 The William and Mary women put up a fight against North Carolina Saturday. Although the Tribe lost 192.875 to North Carolina’s 194.075, the College’s score was its second best of the season on senior day at home at Kaplan Arena.

Seniors Briana Gironda and Olivia O’Connor competed in all four events, placing first and second in the all-around with scores of 38.750 and 38.650, respectively.

Gironda reflected on her time with the Tribe and said that the team has been an important part of her college experience.

“I think what I’m going to miss most is having this close-knit group of girls that’s like my second family,” Gironda said. “They’re with me through it all, my ups and my downs. They have my back 100 percent of the way and they help me through everything and it’s been amazing.”

Gironda’s best showing was on beam, where she tied for first place and matched her career-high score of 9.850 points. Her score contributed to the College’s 48.275.

The Tribe’s top performance was on the uneven bars, the only event in which the College edged out North Carolina with 48.500 points. O’Connor tied for first, matching her season-high score of 9.775. Freshman Erika Marr posted a career best with her third-place score of 9.750.

O’Connor also led the way for the Tribe on vault, where she scored 9.650 points toward the College’s 47.825. Freshman Caroline Caponi also contributed 9.625 points to the total.

Like Gironda, O’Connor said she will miss the team after graduation.

“I think just having a team out there with you when you’re doing gymnastics is amazing. Before you get to college it’s a very individualized sport and then all of a sudden you’re on a team where you don’t feel like you’re alone up on the equipment so I’ll definitely miss having everyone rally behind me when I’m my best, when I’m my worst,” O’Connor said. “Just having people there for you at all times is amazing.”

O’Connor said being a part of the gymnastics team has added more than just an athletic component to her college experience.

“It’s just made me so grateful to have such close relationships, it’s made me more confident, and it’s made me more outgoing in all different settings and really just appreciative of all the blessings that I have in my life,” O’Connor said.

The Tribe also competed on floor, where the team posted a score of 48.275 points. Sophomore Aaliyah Kerr led the way for the College, placing fourth with 9.750 points. Gironda and freshman Taylor White posted matching 9.700 scores, which was a career high for White.

Head coach Mary Lewis said that she will miss O’Connor and Gironda for more than just their prowess on the equipment.

“They have grown so much and these two are the same age as my son so I think it’s a little bit more emotional for me in those respects because it’s like seeing your own child graduate,” Lewis said. “I think they’ve been good leaders and they have gotten stronger every year with their mental toughness and their competitiveness.”

Although the Tribe lost to North Carolina on senior day, Lewis has a plan for where the team needs to go in the future.

“I think we’re going to have to get after landings a little bit more,” Lewis said. “When you see the hops, whether it’s on vault or dismounts on bars and beam and even a hop on floor, you get a deduction for that, that’s a tenth. So that will give us more points there. And then a little bit of cleaning up here and there but overall I think this was probably the most solid performance so far this season.”

The Tribe will next face Temple at 7 p.m. at Kaplan March 10.