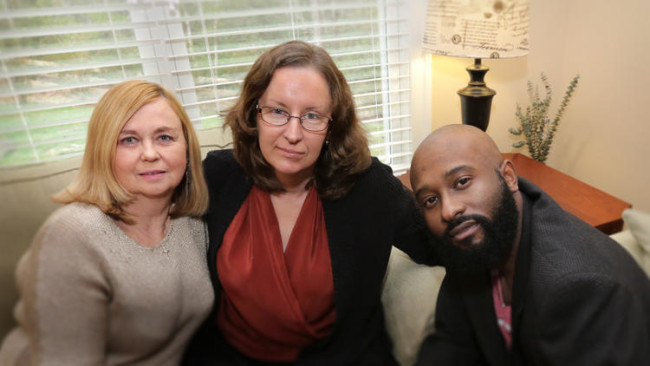 And there was a chance it could have been. A tumor-like growth, or angioma, had festered dangerously in her brain stem. Nearly all of her basic functions had been impaired as a result, such as breathing, swallowing, walking, seeing, talking, eating and hearing. Writing was one of the things that she had still been able to physically do. An award-winning international scholar, Root had written acclaimed books. Now she was writing goodbye letters.

In the summer of 2014, Root said that she faced an uncertain future. Multiple doctors had refused to operate on the life-threatening angioma. After her conditions worsened, one doctor at Johns Hopkins University proposed an operation as a solution, but the surgery would be high-risk. She was told that there was a considerable chance she might not emerge from the surgery alive, and if she did, she would likely never be out of a wheelchair. In August 2014, Root had to confront the possibility that her life and livelihood — as a professor, mother, intellectual, wife, author and world traveler — could be suddenly cut short.

And an eclectic life she had lived thus far. While born in Michigan, Root spent several years of her childhood in the Canary Islands, Spain, where her parents worked, between the years 1973 and 1980. While there, Root was exposed to life under dictatorship with the regime of Spanish dictator Francisco Franco.

Root’s family decided to return to the United States, which brought her to Iowa for college. She was only 16 when she became a college student. Yet Root said she was a “studious sort” and she was able to engage deeply in intellectual and cultural learning. During her time in Iowa, Root began working with people from Chile and Argentina who had been exiled because of dictatorship and found parallels between her childhood experiences and theirs. As she engaged with this work and her studies, she decided to double major in journalism and Spanish.

I became very interested in not only journalism — capturing those stories — but also the culture and the literature that represented those stories that imagined what that was like and what could be,” Root said.

“I became very interested in not only journalism — capturing those stories — but also the culture and the literature that represented those stories that imagined what that was like and what could be,” Root said.

Root’s passion for studying narratives has driven her throughout her life. After graduating from the University of Iowa, she pursued a doctorate in Hispanic languages and literatures at the University of California at Berkeley. During her doctoral studies, Root was awarded a Fulbright grant to study in Argentina along with a grant fellowship from the University of California, Berkeley. While in Argentina she worked in archives, national libraries and museums, which, she noted, helped inform her most recent book, “Pasado de Moda” or “Fashions Past.”

In fact, Root said she spent considerable lengths of time working internationally. She described how she would travel to places like Colombia, Brazil and Argentina at least once or twice per year. At one point she worked for the Argentine government, assisting the Ministry of Culture with its design initiatives.

“I did a lot of cultural policy work … thinking through what the cultural industry looks like from that vantage point and it’s something that expanded then into South America and was incredibly challenging and interesting,” Root said.

In 2003, Root joined the faculty at the College of William and Mary in the Hispanic studies department. Root’s scholarship and research interests manifested in her numerous publications, such as “The Latin American Fashion Reader,” an award-winning piece that was the first to broadly approach the intersection of Latin American culture and world fashion trends.

However, Root’s professorship had to be put on hold when she found out about her illness, forcing her to move from the classroom to the hospital. Yet her idle hours under medical supervision were not empty of intellectual stimulation. Even though she was not able to read on her own, she listened to tapes of Argentine detective fiction, pieces related to her research, articles by New York Times columnists and poems by Chilean poet Pablo Neruda.

Root said that she took the risk of allowing Dr. Judy Huang at Johns Hopkins University to operate on her brain stem in the hopes that it could save her despite a one-in-three chance of death. Yet after about eight painstaking hours of surgery, Root woke up.

“It was in the pons, which is command central, and that impacts every bodily function,” Root said. “So it is quite a miracle to be here. It’s … just a privilege to be here.”

She had survived the surgery — but the recovery process would be arduous. She said her physical capabilities had regressed. Initially, she was unable to swallow, talk, hear, see, or even sit up without assistance. However, Root noted that her intellectual capabilities remained fully intact throughout the entire process.

About three years later, Root sits in her office, smiling, laughing, sipping coffee — a favorite drink — speaking a few words of Spanish, walking up to her bookshelf, all while talking passionately about her research. Root not only survived the surgery, but she has also regained many — not all — of the functions that were previously taken from her.

Root’s recovery is the subject of a documentary called “Regina’s Gift,” which was released in 2015. Root said she grappled with whether or not to participate in the documentary, but eventually decided that only good could come from the film’s creation.

“I have received letters from people — and phone calls — throughout the world,” Root said. “I still get calls out of the blue — even last week — of someone saying that they saw the film, that they needed somebody who needed hope, and lots of questions which I can’t answer. But the truth of it is, that’s exactly why we wanted to do it.”

She may have felt like it could have been her last day a few years ago, but for the first time in almost three years, Root now walks into her classroom in Washington Hall to teach a room full of students every Monday, Wednesday and Friday morning. This semester, she resumed her professor role and currently teaches a class, Cross-Cultural Perspectives, in the Hispanic studies department.

Root’s return to the College was not her first experience in academia since the surgery. She received the National Endowment for the Humanities grant to carry out an in-depth research project throughout the year of 2016. Root is the first to comprehensively research the background and ramifications of a 106-foot long tapestry that was created by the English artist Leslie Tillett, a textile artist who spent many years living in Mexico. Part of Root’s project involved a grant she had received to take photographs of the lengthy textile.

“That was a big coup — I had been trying to do that for several years,” Root said.

Nor was the photography a simple feat. Given the size of the work, it had to be carried out by three people and laid out on long textile tables. Root said the research endowment was “incredibly meaningful,” especially given that the 500th anniversary of the invasion of Mexico is on the horizon.

Root believed that her time spent working on the research endowment was a springboard for her return to the classroom.

My grace period was having this fellowship, and that allowed me to re-enter, to kind of reignite a project that was dear to me as I also continued to recover,” Root said.

“My grace period was having this fellowship, and that allowed me to re-enter, to kind of reignite a project that was dear to me as I also continued to recover,” Root said.

However, she said the decision to return to campus this semester as a professor was certainly not an easy one. While she managed to emerge from the risky surgery with her life, she still struggles with some of her functions, such as sight.

“It could only be challenging,” Root said. “The transition to the classroom this semester has been delightful. It’s also been an enormous learning experience for me … I have gone from being used to entering the classroom and seeing everybody to a situation where I now need to ask others to let me know who they are.”

Yet despite facing some challenges with this return, Root will continue teaching next semester in a course called Pedagogy and Culture, in which her research of the Tillett Tapestry will be the centerpiece. Root also continues to research the Tillett Tapestry and plans to travel to Texas, Massachusetts and France in order to keep piecing together the story behind the tapestry.

Root said she is glad to be back in the classroom, and especially enjoys being around her students.

“I love being a professor,” Root said. “And I love most of all sharing amazing conversations with students who are thinking through complex questions … I learn from my students everyday just as much as I hope they learn from me and the material.”

Root’s teaching has shaped the paths of some of her students, such as Maisoon Fillo ’15, who said she was inspired to pursue graduate work because of Root’s Cross-Cultural Perspectives class.

Root has written her way through the complex origins of Latin American fashion and an embroidered 106-foot tapestry. She also wrote her way through a life-threatening illness. Some of her words touched on Hispanic cultural heritage. Some of her words touched lives — and continue to do so. Now, she continues her journey, struggling through some obstacles and transcending others.

“There are lots of things I have surmounted,” Root said. “There are some things that I will likely never be able to surmount. Those limitations are ones that I live with. That’s not to say that I don’t keep trying, but I’m in a constant reinvention stage, reimagining what I can do.”