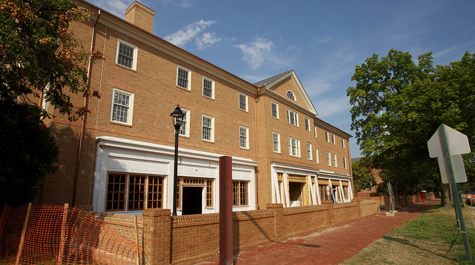 Today The Crust, established at Tribe Square in 2011, was evicted because of late rent payments. The Crust was the final restaurant to close of the previous four that operated in Tribe Square. It will now follow Subway, Mooyah, and Pita Pit leaving the entire ground floor of the complex empty.

College of William and Mary Spokesperson Suzanne Seurattan said that the restaurant was being evicted for continuous late rent payments. She commented that the Real Estate Foundation was working on plans for the future of Tribe Square.

“A trespass notice was posted at The Crust in Tribe Square today,” Seurattan said in an email. “The operators of the restaurant are in default of their lease. They were behind in rent and this had become a pattern. The William & Mary Real Estate Foundation chose to repossess the property so that a sustainable business plan for the future can be developed.”

The Tribe Square landlord could not be reached for comment.

With none of the vacancies filled since Subway’s closure in 2014, the future of Tribe Square’s first floor remains unclear.

Crust co-owner and operator Paul Marsh said that they were evicted today and a sign has been posted on The Crust’s entrance stating that they are no longer open.

“They don’t seem to want any tenants with how they have been with the last two that had to leave and us,” Marsh said in an email.

William and Mary Real Estate Foundation Executive Director Nancy Buchanan said the College has not reached any conclusions regarding a change of use for Tribe Square’s ground floor at this time.

“No decisions have been made to change the use of the first floor of Tribe Square,” Buchanan said in an email last Friday, before the eviction notice was posted. “That is not to say that other uses are not possible. The Foundation is open to viable alternatives within the zoning parameters.”

As of this time, all Crust operation has stopped.