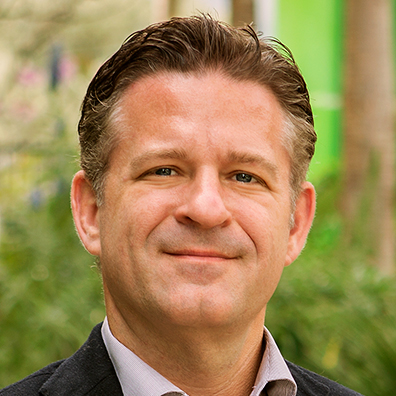 Although Andrew Sugerman ’93 majored in accounting at the College of William and Mary, his career journey since leaving the College has taken him far from sitting at a desk crunching numbers.

While Sugerman currently serves as executive vice president for publishing and digital media at Disney Consumer Products and Interactive Media, his career has taken him down a number of paths all around the world.

While he began as an accounting major, Sugerman said he also highly valued his experience in other departments at the College.

“I remember taking a philosophy class that was in the Wren building in the upstairs and there was something about that class, the subject, in a historical building, that really almost took me to another place,” Sugerman said. “It just felt so authentic. I believe one night we had a night class and we did it by candlelight so it really was something very serene that I remember still to this day.”

In addition to his academics, Sugerman was also a member of the Theta Delta Chi fraternity and was active in the intramural sports community at the College, where he played soccer.

In the midst of all of that activity, Sugerman also found the time to focus on his second passion — the arts.

I did a lot of things in the fine arts, from painting to sculpture, and if I had thought enough ahead I likely would have double majored in fine arts and accounting because it’s sort of the two, math and art are the two things I really took to the most,” Sugerman said.

“I did a lot of things in the fine arts, from painting to sculpture, and if I had thought enough ahead I likely would have double majored in fine arts and accounting because it’s sort of the two, math and art are the two things I really took to the most,” Sugerman said.

As full of diverse activities as Sugerman’s college experience was, his path since graduation has been even more so.

Sugerman’s first job was with a litigation consulting group in Washington, D.C., but shortly after, he received his MBA from the University of Chicago.

“When I came out of undergraduate I sort of realized where my passions were and where I really wanted to be more leaning into from a work standpoint,” Sugerman said. “So I’d say that was my first obstacle. How do I navigate into the role, into the world, into the industry that I believed I was going to be the most passionate.”

After receiving his MBA, Sugerman’s career really took off. He worked in consulting once again, but this time in Boston, until he moved to Silicon Valley to work for a startup. After that job, he worked for another startup back in Boston. He said this was what really set him on his path for the career he holds today. The Boston startup was a distance learning company that connected English teachers with adult students who were learning English as a second language around the world. It took him to Hong Kong and eventually London, where Disney hired him in 2007.

Once he began working for Disney, Sugerman said he was essentially running a startup for the larger company.

“I essentially established a brick-and-mortar, multiple-location school business where I blended animation with technology for a very immersive learning experience for kids to learn English in a very authentic, kid-friendly way,” Sugerman said. “And over the span of five years I set up somewhere around 35-40 learning institutes and had approximately 40,000 children enrolled across the program.”

Sugerman said that even though his various jobs have been rather different from one another, his experience with the distance learning startup was essential to his ability to set up learning institutes for Disney and to the job he has now.

It was not that I did a 180-degree pivot,” Sugerman said. “It was sort of that each year I moved five to 10 percent and after a few years I was much closer to where I wanted to be. So it was a combination of focus and patience to get there. It worked, and I was giving a lecture at my business school last weekend and people were asking me, ‘How did you pivot from accounting to running the largest children’s publishing company in the world?’ And it was literally that I did it over years and not over months.”

“It was not that I did a 180-degree pivot,” Sugerman said. “It was sort of that each year I moved five to 10 percent and after a few years I was much closer to where I wanted to be. So it was a combination of focus and patience to get there. It worked, and I was giving a lecture at my business school last weekend and people were asking me, ‘How did you pivot from accounting to running the largest children’s publishing company in the world?’ And it was literally that I did it over years and not over months.”

In Sugerman’s current role, he is responsible for running Disney’s various publishing units across the company’s franchises, which print books, magazines and comics. The non-Disney content printed by publishing imprints that Disney manages — such as Hyperion, which prints the popular books written by Mo Willems and Rick Riordan, among others — also falls under Sugerman’s domain.

Sugerman said that he recently became responsible for overseeing all of Disney’s kid and family apps, as well as the Walt Disney Company’s websites and social media for all its franchises.

He said that while he is certainly responsible for overseeing a great deal of content, he appreciates the ability to be involved in so much of Disney’s future.

“It’s been exciting because I love creativity and I love the collision between creativity and business, and I’ve really landed in a role that brings all of that to bear. But it’s all also on the cutting edge of where audiences are going,” Sugerman said. “So I get to see storytelling in its rawest form on the publishing side but also storytelling in its newest form through the digital and social side.”

Sugerman recently returned to the College for a visit with his wife, Sarah Sugerman ’92, who he met at the College, and their children. He said that even after following the winding road his life had taken him on, it felt like the College was still the same serene place, almost out of time, that he remembered from his days as a student.

“The College is timeless and the feeling that you have when you walk on the campus is timeless,” Sugerman said. “And there’s sort of a magic to that, that even my children felt. When my children were on campus, they were really blown away by the history and beauty of the environment that I was really happy to share with them.”

For Sugerman, it was the College where he was first able to identify his passions that led him down the career path he followed. He said that it was finding the courage to follow his passions that allowed him to truly feel successful in his life.

“[You have to] identify the things that you’re truly passionate about,” Sugerman said. “And don’t compromise them or don’t lose sight of them, because later in life those are the things that will drive you to do great things. … Being successful doesn’t mean just financially successful, it means a combination of things, like fulfilled, creating great, great products or great outputs, or great insights.”

Ultimately, Sugerman’s advice to students currently at the College thinking about their futures largely revolves around having faith that things will work out, even if it doesn’t necessarily happen quickly.

For Sugerman, his career path was long and winding, but he said that being patient and letting life run its course was worth it because he ended up in a job that he loves.

“Things evolve, things play out,” Sugerman said. “What something looks like today is not a determining factor on what it might look like tomorrow or a week from now or a year from now. So stay true to your path, stay true to what you want to accomplish and your mission, but also have an element of patience to let it play through.”

He cited his experience moving to Hong Kong while being the father of a one-year-old.

He said that sometimes it’s important to make the hard choice if it leads to a unique opportunity. This advice he said was a principle he followed throughout his career journey.

“I’ve always had a willingness to take risks and to go places that others might be reluctant or hesitant,” Sugerman said. “If you look for the road less traveled, there are a lot of great things on that road.”