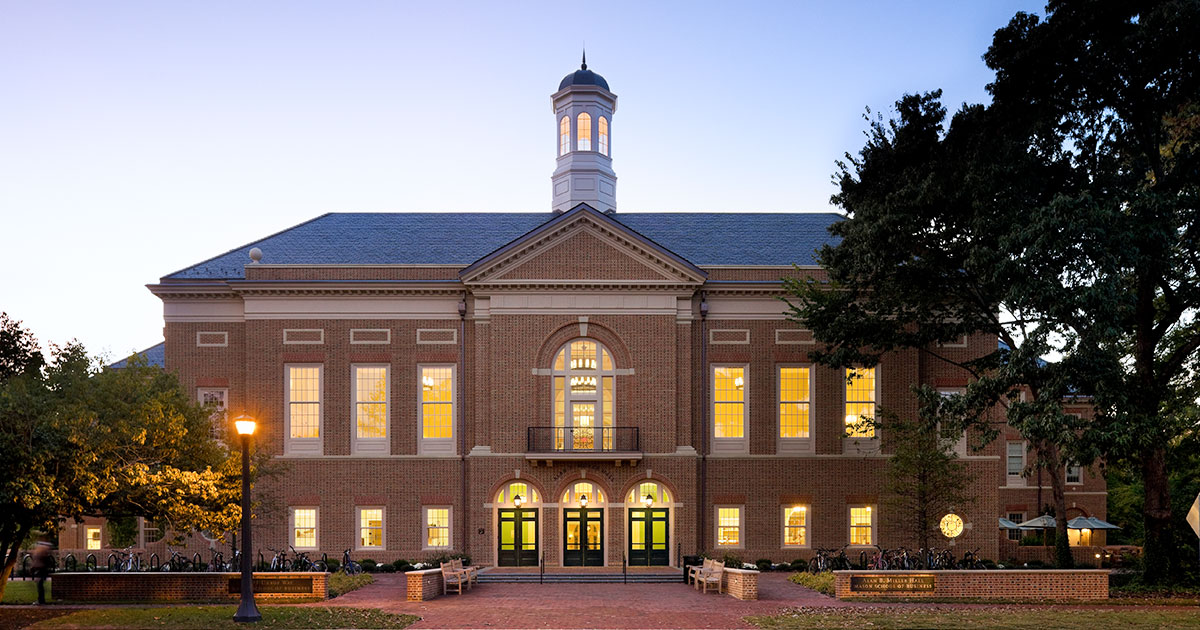 The Mason School of Business debuted its first TechDay event Friday, Nov. 3, aiming to connect employers with students by putting on a keynote and series of panels on the role of business analytics and technology in the business world.

A total of 23 employers were in attendance, with a wide array of businesses represented, including Ferguson Plumbing and Accenture. The event was capped out with 150 students in attendance.

TechDay began at 11 a.m. with keynote speaker Christer Johnson ’92, who graduated with a Bachelor of Arts in economics. Johnson, who was formerly employed at International Business Machines and now works at Ernst and Young, has worked as a business analytics consultant across many industries in both the public and private sectors.

Johnson spoke about what he described as his current passion project of using analytics to combat the opioid epidemic, using a variety of variables to determine the groups at risk for addiction and getting them help.

Johnson also spoke on the importance of creativity in the industry and said that he credits some of his creative thinking in the field to his liberal arts education at the College of William and Mary.

The people from William and Mary that I’ve worked with, those are the people that actually bridge the gap between technical skills and actually figuring out what needs to be done from a business perspective,” Johnson said.

“The people from William and Mary that I’ve worked with, those are the people that actually bridge the gap between technical skills and actually figuring out what needs to be done from a business perspective,” Johnson said.

At the same time, Johnson said that the master’s in business analytics should be a great way to give students at the College a competitive edge.

“I think equipping William and Mary students with a little more technical aptitude, combined with that liberal arts education, is going to allow our students to really add a lot of value in the business world,” Johnson said.

The first moderated panel focused on ethics in analytics, touching on privacy concerns and other unintended consequences of business analytics.

Greg Wallig from Grant Thornton LLP said the College is unique in putting such emphasis on the ethics of data analytics.

Elena McGuire, a first-year grad student in the Master of Science in Business Analytics program in attendance at this panel, said she appreciated that ethics were discussed for a section of the presentations, but wished the panelists had delved deeper into the topic.

“I think [ethics] are incredibly important in business analytics, and I wish more people were talking about it,” McGuire said. “Because, to some extent, it is the companies who are collecting our data, who are taking it with or without us fully knowing it.”

The following moderated panel focused on how to effectively communicate complex analyses. Alex Fantine ’21 said this was one of the most interesting panels he has ever sat in on.

“I’ve sat on a lot of pretty boring ones before, but that one was pretty great,” Fantine said. “Storytelling is something I do a lot in theater, so I feel like that could be something I want to pursue in business because it’s more realistic in business than it is in theater.”

At 1 p.m., students were released to network with the employers. FedEx representative Rob Fisher ’93 said that the company was interested in connecting with students who had the technical skill sets and problem-solving abilities necessary for the industry.

We’re having a very difficult time finding the right skill sets just staying locally, so we need to start expanding and building relationships with various colleges and universities, of course William and Mary being one of them,” Fisher said.

“We’re having a very difficult time finding the right skill sets just staying locally, so we need to start expanding and building relationships with various colleges and universities, of course William and Mary being one of them,” Fisher said.

“I thought TechDay was a great success especially for our first year,” Ryan said in an email. “It is clear that employers are very interested in networking with William & Mary’s tech talent at this special career-focused event and students enjoyed the engaging thought leadership keynote and panels as well.”

With an employer-to-student ratio of 1:6.5 at the event, TechDay aimed to demonstrate that technology will only become more dominant in the changing business world.

According to Ryan, the inaugural TechDay’s success is encouraging for the implementation of similar programs in the future.

“We are already discussing ways to improve the event for next year and how we can include more employers, alumni and students across William & Mary’s STEM programs,” Ryan said in an email.