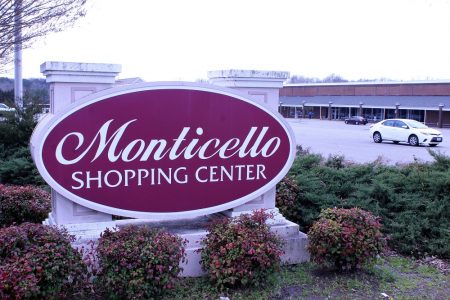 Broad Street Realty, a realty firm out of Bethesda, Maryland, is moving forward with its plans to redevelop the Williamsburg retail market with its impending purchase of the Monticello Shopping Center. Following this purchase, expected to be finalized in the coming weeks, the firm will renovate the shopping center’s existing buildings in conjunction with the redevelopment of the nearby Williamsburg Shopping Center.

The firm is planning for primarily surface changes to the Monticello Shopping Center, renovating the exterior of the buildings to give it a more modern, updated look. According to Broad Street Realty CEO Michael Jacoby, these changes are part of the firm’s larger redevelopment project that it calls Midtown Row, which includes both the Monticello and Williamsburg Shopping Centers.

If they would like to keep the property as commercial property, they do not have to go to City Council,” City of Williamsburg Principal Planner Erin Burke said in a press statement.

“If they would like to keep the property as commercial property, they do not have to go to City Council,” City of Williamsburg Principal Planner Erin Burke said in a press statement. “Any exterior changes would go to the Architectural Review Board.”

Midtown Row will include space for both retail and residences, and potentially a hotel later on. Jacoby said that the Food Lion, Sal’s by Victor and a few other retailers currently in the shopping centers will remain in their current locations, while others will be relocated within the complex. For example, Marshalls will be moved to the front side of the building facing Richmond Road and Ace Hardware, along with other existing tenants like FedEx, will move to where the Monticello Shopping Center currently stands. The remaining tenants that do not remain in Midtown Row will either close or move to other properties in Williamsburg not affiliated with Broad Street Realty.

“At this point we have very strong interest in pretty much all of the space that’s available at the Monticello Shopping Center piece of Midtown Row and pretty much all of the space but for the former Ace Hardware building on the Williamsburg Shopping Center side,” Jacoby said. “It’s significantly spoken for. What we will have available is all of the new space, which won’t be delivering for a while because we have to build buildings.”

In addition to tourism and access to the Williamsburg community, Jacoby said that being close to the College of William and Mary’s campus played a major role in Broad Street Realty’s acquisition of the two properties.
“We love being adjacent to the College,” Jacoby said. “The centers’ proximity to the College was very attractive to us.”

Broad Street Realty has worked with the Williamsburg community and the Architectural Review Board to develop the design plan for Midtown Row.

“I think the City’s been very collaborative, even more collaborative than other jurisdictions,” Jacoby said. “Overall, its been a very good process and very hands on.”

According to City Council member Benming Zhang ’16, the City is excited for Broad Street Realty’s additions and changes to the two shopping centers.

“I think [Midtown Row] will provide a renewed sense of place for that particular area,” Zhang said. “That corridor linking Monticello Avenue to Richmond Road is one of our most important business corridors and probably our most urban areas that kind of defines that aspect of the city, so it’s really important for us to ensure that we get the right sense of zoning and land use in place, and I think that Broad Street mostly fulfilled that.”

The City Council’s approval of Broad Street Realty’s redevelopment plans is in line with its Goals, Initiatives, and Outcomes for the 2017 and 2018 Biennium. In this document, the City Council pledges to engage in shaping the future of significant properties ripe for redevelopment, particularly in Midtown and Capitol Landing Road areas and work with redevelopment prospects and property owners to plan for the long‐term success of the Midtown shopping center sites.