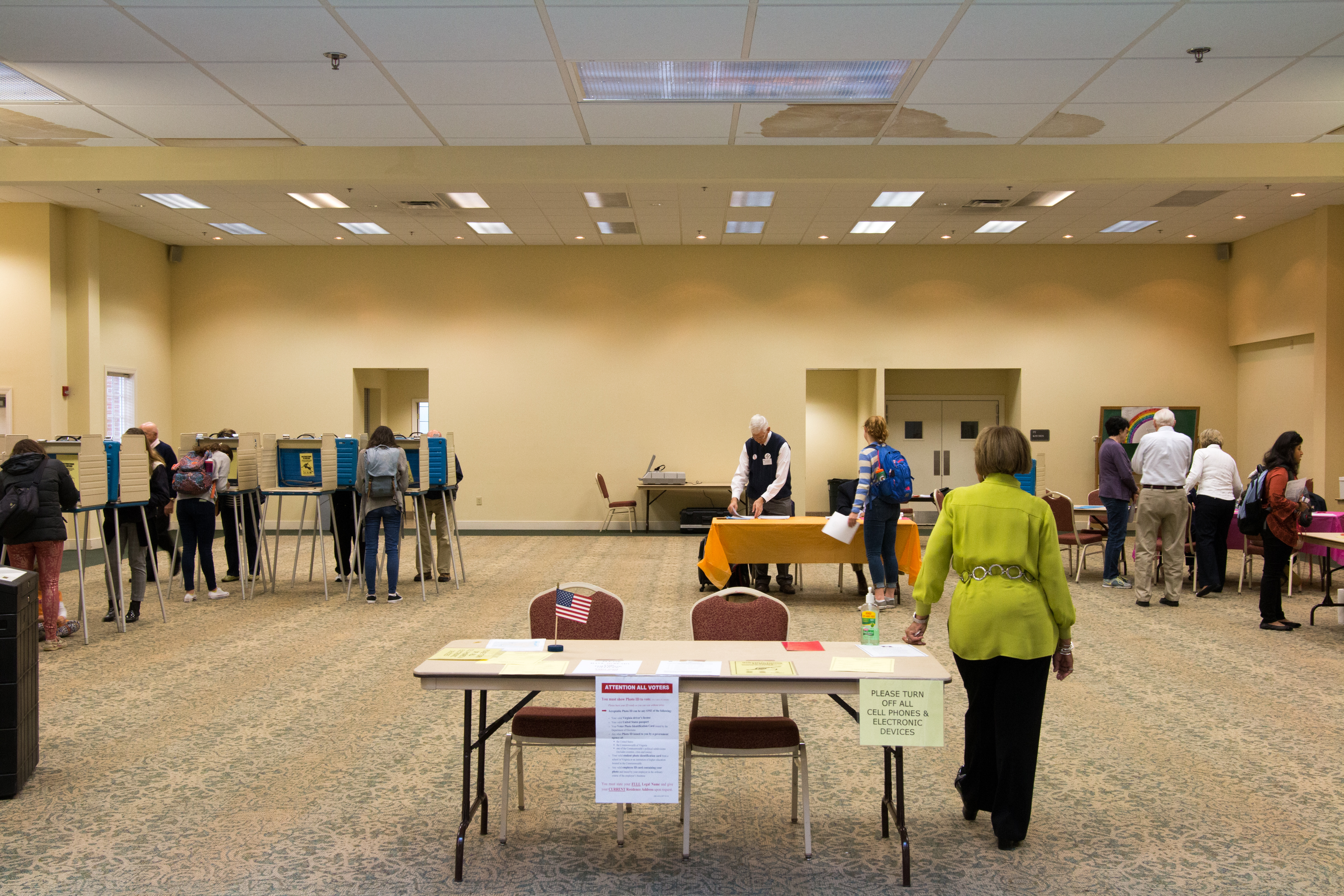 When Officer of Election Kim Turner ’19 arrived to vote in the Virginia’s Nov. 7 election, she was not aware that the renewal of her driver’s license would base her voter registration out of her home address in Norfolk, rather than her address in Williamsburg. She had to vote using a provisional ballot. 55 voters experienced the same difficulty as Turner at the Matoaka precinct polling location.

Provisional ballots allow voters to cast a ballot if they do not present a valid form of photo identification or if there is question about the voter’s eligibility.

Virginia is classified as a strict voter-ID law state, requiring the use of provisional ballots in these cases.  These ballots are reviewed after the election and counted only when cast in the voter’s correct precinct. Only one provisional vote was counted from the Matoaka precinct. This is because only one voter presented valid photo identification to the office of the registrar afterwards.

The big problem this year was if [voters] renewed their license or if they renewed automatically,” Turner said. “Then [the] address that they are registered with at the [Department of Motor Vehicles] would be reverted to the address that’s on their license.”

“The big problem this year was if [voters] renewed their license or if they renewed automatically,” Turner said. “Then [the] address that they are registered with at the [Department of Motor Vehicles] would be reverted to the address that’s on their license.”

According to Win Sowder, general registrar and director of elections for the City of Williamsburg, students need to include their dorm address and CSU mailing address when registering to appear in Williamsburg poll books.

If students listed their home address on the application, students would be registered out of their home precinct, requiring the use of a provisional ballot when voting from Williamsburg.

“It seemed like a lot of the students were registered in other localities, which prevented them from voting here,” Sowder said. “But had they known where they were registered … they could have voted absentee.”

Sowder also attributed part of the problem to third party registration groups, that may not mention that students need their Williamsburg addresses to register effectively in the city.

“There are third party registration groups that come in and ask the students if they want to register and they don’t tell them that they need their dorm address on that application to vote in Williamsburg. And that’s the problem,” Sowder said.

Olivia Manousos ’21, who was working on Delegate Mike Mullin’s campaign, wanted to register in Williamsburg.

Manousos’ registration was denied since she did not include her CSU number on her application.

“I was just very frustrated with the process that a little thing on my registration … impacted my right to vote,” Manousos said.

According to VoteLine Co-Coordinator Matthew Catron J.D. ’20, whether or not provisional ballots are counted for elections results depends on the location in which the ballot was cast.

VoteLine is a law-student-run hotline that assists voters with issues or questions about voting on election day.

For VoteLine Co-Coordinator Alannah Shubrick J.D. ’19, provisional ballots can offer some gray areas when the ballots are cast in the incorrect precinct.

It raises questions about if the poll worker makes a mistake or if the voter is given wrong information about something like that,” Shubrick said.

“It raises questions about if the poll worker makes a mistake or if the voter is given wrong information about something like that,” Shubrick said.

Turner, who has worked as an Officer of Election since her freshman year, said she only remembered counting about 10 to 20 provisional ballots from the Matoaka precinct in past elections.

Sowder said that there can be as many as 55 to 60 provisional ballots citywide in a presidential election year.

Government professor John McGlennon said that provisional ballots can have an impact on elections, but it is rare due to their limited volume.

“There usually aren’t very many of them,” McGlennon said. “Typically, there might be a few dozen and relatively few elections are going be decided by that small a number of votes, so it is not typical for them to have a critical impact on an election outcome. But obviously folks want to have the right to have their vote counted.”

However, in some cases, a few dozen votes can change the outcome of an election entirely. In House of Delegates district 94, David Yancey won the Virginia House of Delegates seat against Shelly Simonds by 12 votes. Voters had until noon on Nov. 13 to present a valid form of photo identification for their provisional ballot to be counted.

“It makes us really sad when someone can’t vote,” Sowder said. “It’s terrible when we see someone has tried to vote and they can’t.”