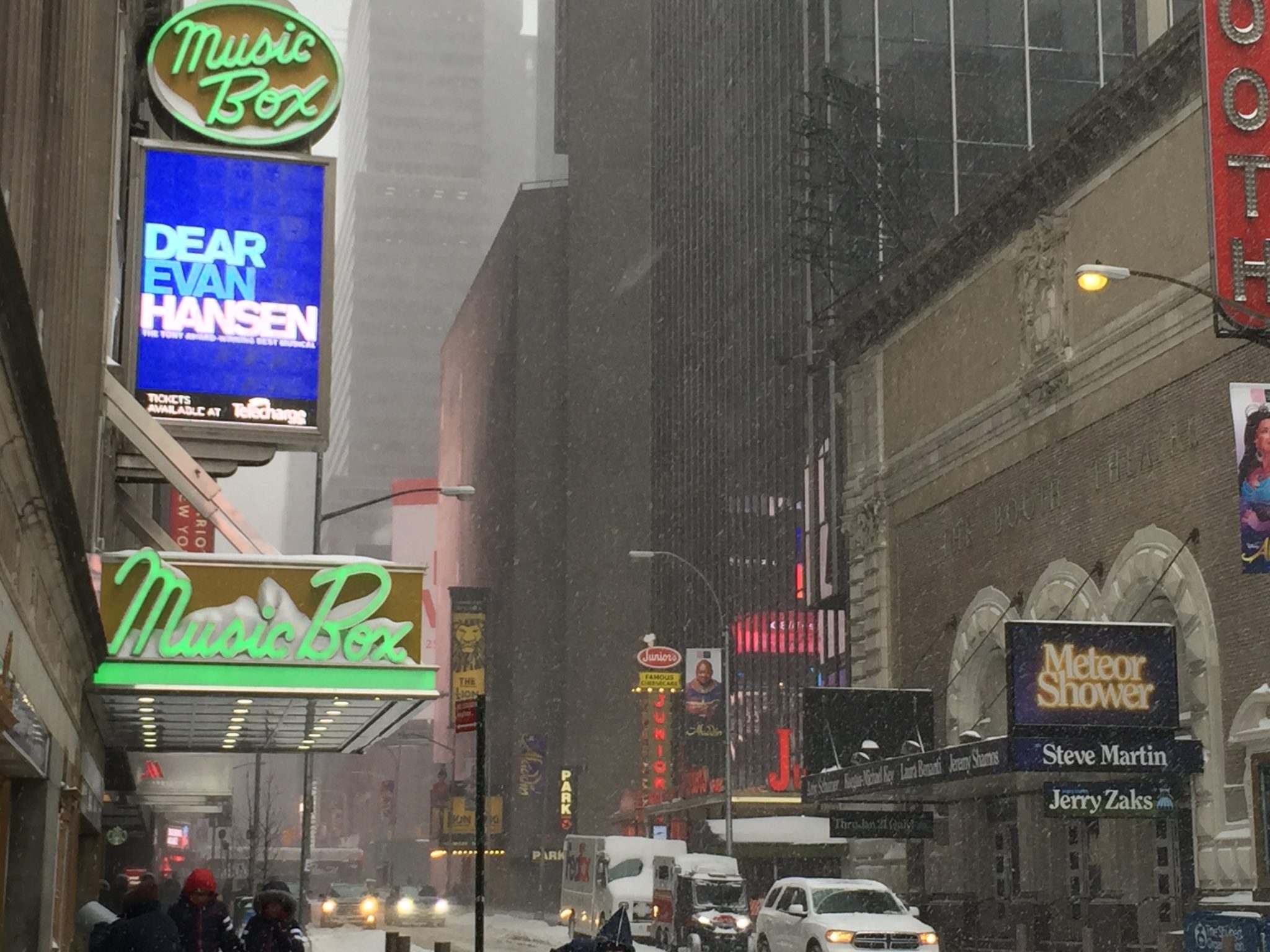 Despite the freezing temperatures and snow that hit New York City this winter break, Sarah Shevenock ’18 traveled up north to the Big Apple to conduct interviews for the Sharp Seminar—a journalism seminar in which students participate in a year-long domestic or international reporting project in conjunction with the Pulitzer Center. For her Sharp project, Shevenock decided to write about mental illness in the musical theater community.

“The best part of the trip was getting to speak to so many people in the theatre community who are passionate about using their art to make a difference,” Shevenock said in an email about her experience.

While not working on her project, Shevenock walked the New York City streets in sub-zero weather. She explored Drama Bookshop, a bookstore in Manhattan featuring one exceptionally furry canine employee, Chester, a German Spitz.

“He was probably one of the cutest dogs I’ve seen in my life,” Shevenock said in an email.

During her trip, Shevenock was also able to visit the New York Library for the Performing Arts at Lincoln Center. “This was probably the coolest library I have ever been to!” Shevenock said in an email. “There were so many books (such a TWAMPy thing to say) and so many cool ‘artifacts’ related to theatre and the performing arts.”

Because of the bomb cyclone that hit New York City, Shevenock was able to experience the city at its coldest — and also its most charming.

“The strangest part of the trip was honestly just being in New York City for such an odd weather event,” Shevenock said in an email. “Even with sub-zero temperatures and inches of snow, people were still out and about and Broadway was open for business. It truly is the city that never sleeps.”