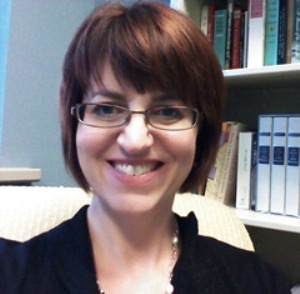 As a young girl and throughout her teens, Jenny Putzi remembers reading “Little Women” about 1,000 times.

Now as an English professor and the gender, sexuality and women’s studies program director, Putzi is designing a 2019 senior seminar commemorating the book’s 150th anniversary.

After working as an English professor at Texas Christian University, Putzi became an adjunct professor at the College of William and Mary in 2002. Recognizing her passion for both the English department and GSWS program, the College created a joint-appointment position for Putzi in 2005.

It was the job I always wanted, but never thought I could find,” Putzi said. “My heart is in both, so it is very nice to be able to split my time in the way that I do and have it validated by the College.”

“It was the job I always wanted, but never thought I could find,” Putzi said. “My heart is in both, so it is very nice to be able to split my time in the way that I do and have it validated by the College.”

As director of the GSWS program, Putzi has focused her efforts on ensuring that more transgender studies courses are taught at all levels of the GSWS curriculum. While she attributes this philosophy to her dedication to upholding the multiple prongs of the major, she also accredits changes in her teaching style to experiences with her 12-year-old transgender daughter.

“She has changed radically the way I think about gender,” Putzi said. “I knew about transgender [people] before we started to think about her being trans, like I read stuff. I don’t think I had really thought through that gender is not the same as sex, and that gender can have nothing to do with embodiment and everything to do with how you self-identify. That made me really think about what I was teaching my students when I was talking about sex and gender.”

By incorporating more transgender studies classes into the GSWS curriculum, Putzi hopes to emphasize the connection between her students’ lives and the subject matter.

“In the same way that when I was an undergrad and I saw a course on women writers, it meant something to me — that it was being respected — I think it would also mean something personally for a trans student to see that there is a space where these issues are being talked about,” Putzi said.

Putzi said much of her own undergraduate experience informs how she interacts with students and how she teaches. Her undergraduate professors at Augustana College were especially influential in leading her toward a path of scholarship.

“I am who I am because of [my] teachers,” Putzi said. “They didn’t just teach me. They mentored me. I think about that with my own teaching. [I am] open about my private life in many ways to show students that you can have a professional life that you love and a personal life you love.”

“She wrote this piece called ‘Woman in the 19th Century,’ and it was sort of an assessment about where women were,” Putzi said. “She has this great quote [that says] ‘let them be sea-captains if they will.’ This great feminist statement. Margaret Fuller did it for me. I thought, ‘This is what I want to do. This is what I want to study.’ From then on, I was sort of obsessed with American lit.”

Just as Hughes was a mentor for her, Putzi hopes to be a similar figure for her English and GSWS students at the College.

Putzi regularly has lunch with GSWS majors and minors. She also has students serve on the executive and curriculum committees for the GSWS program, aiding professors as they improve and restructure their course material.

She continues to form connections with students outside GSWS, thanks to her Maltese-poodle mix named Onyx. Students visit her office to play with Onyx, who Putzi describes as the most social member of her family.

I look up sometimes [from working] and think, ‘I don’t even know who these students are, but Onyx knows them,’” Putzi said. “He sees them in the hall, and he loves them.”

“I look up sometimes [from working] and think, ‘I don’t even know who these students are, but Onyx knows them,’” Putzi said. “He sees them in the hall, and he loves them.”

Putzi said she makes a particular effort with her female-identifying students, asking them to develop ties between who they are and what they study. When she taught a freshman writing seminar on the diary, she asked her students to transcribe archived diaries written by students of the College during World War II who faced social barriers as women on campus. Putzi asked her students to compare these past students’ experiences to their own freshman experiences.

Putzi said she develops similar connections with her own research. While researching, Putzi said that she strives to relate her identity to the culture and time of her subject matter.

For the past 10 years, Putzi has been working on a project studying the attempts of working-class women and women of color to gain access to publication for their poetry in the 19th century.

With the help of a grant awarded to her with the 2017 Plumeri Award, Putzi is beginning a new project on the poetry of Charity Bryant, a woman born after the American revolution. Bryant lived in a same-sex union, viewed as akin to marriage socially. To study Bryant’s poetry, Putzi is using the grant money to visit Bryant’s housed in archives in Vermont.

Besides developing her own research, Putzi edits and collaborates with other academics on scholarly research. Putzi coedits a journal called Legacy: A Journal of American Women Writers, which was the first journal in which her work was published. Just as she aims to mentor her students, she said it is her priority to help other scholars with their work.

“It means a lot to me to see meaningful scholarship published and help that along,” Putzi said.

To focus more of her time on teaching and her research, Putzi will be stepping down from her role as the director of the GSWS program after this academic year. She will be replaced by American studies professor Elizabeth Losh.