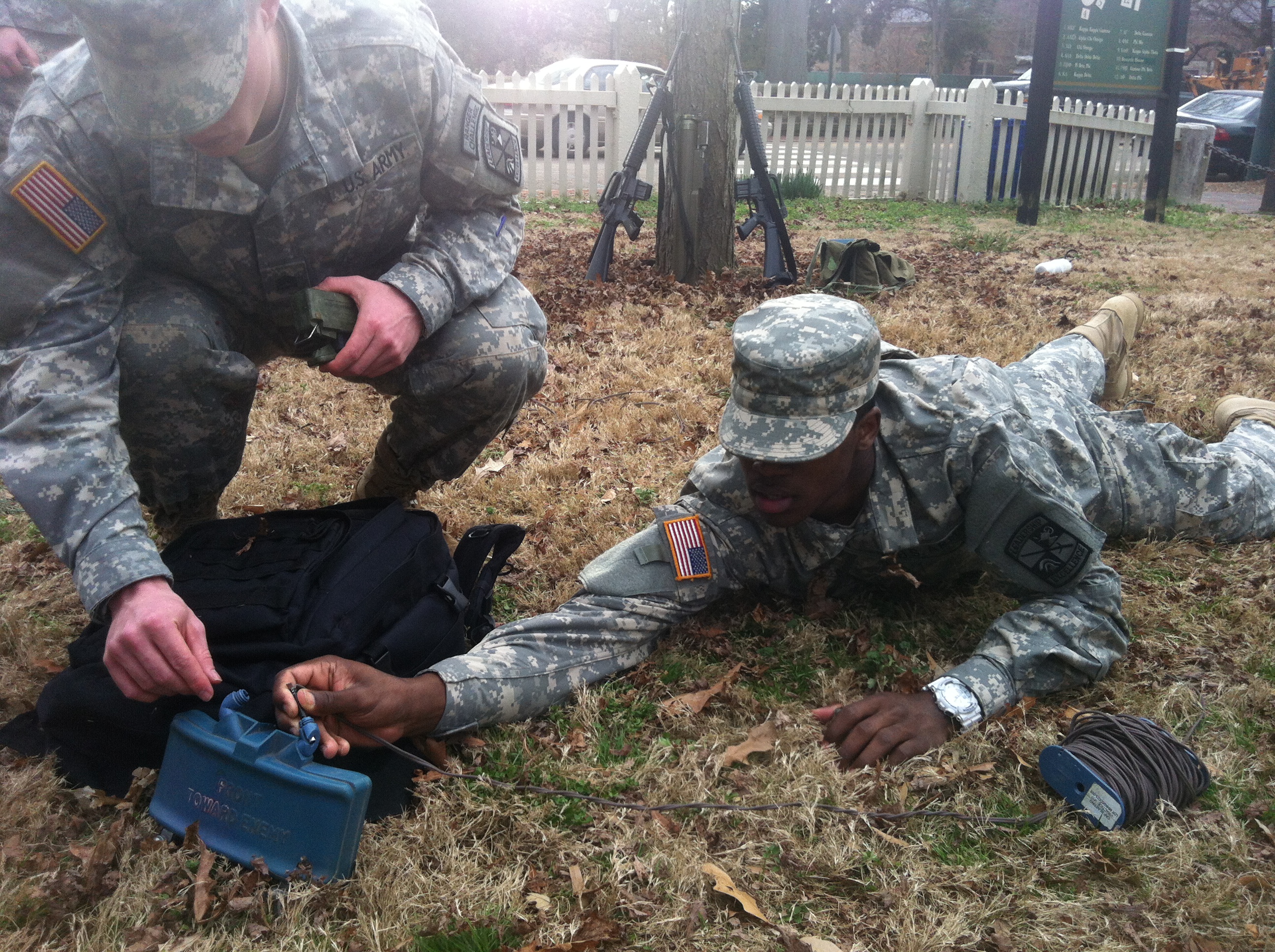 While students across campus finalize their summer internships, jobs and vacation destinations across the globe, a select few prepare for a different type of summer break — boot camp.

“I am an enlisted soldier right now in the National Guard, and I just want to get the experience of the enlisted side to see who I will be leading after I am commissioned,” ROTC cadet Chris Kelly ’16 said.

This May, instead of heading home to Colorado, Kelly will report to Fort Benning in Georgia for basic training. Like other members of the College of William and Mary’s Army ROTC, Kelly hopes his summer will provide him with both experience and tuition assistance.

“I want to help my parents out with college money, and when you go to basic as a college student you are commissioned as an officer, [so] you get more money because you have been in [the] service longer,” ROTC cadet Yoon Sae Jung ’15 said. “You also get the soldiers’ benefit[s] way earlier than other people because when you go to basic you get those benefits without getting contracted.”

Due to the recent sequestration, tuition assistance for active duty military enrolled in college courses will be cut. This cut, however, will not affect ROTC members. Mike Johnson of the Public Affairs Office for the U.S. Army Cadet Command clarified only Army National Guard members are affected by the cut.

“Army ROTC scholarships are funded from a totally different source, and are not affected by the Army’s decision to cut tuition assistance program payments,” Johnson said in  an email. “The only way an Army ROTC cadet would be receiving tuition assistance payments is if he/she were also a member of an Army Reserve or Army National Guard unit. The vast majority of Army ROTC cadets are not in the Army.”

On top of tuition assistance, boot camp also gives ROTC members the enlisted experience, which helps them as leaders.

“In order to lead people, you have to know what they are doing. I heard a lot of officers don’t know the enlisted life, and enlisted people respect the officers who are enlisted more,” Jung said.

Kelly and Jung are not the first College students to attend summer boot camps. Dan Johnson ’13 recalled his experiences at boot camp.

“The method of discipline was a

lot stricter than I was used to. You earn your respect by starting from ground zero and working your way up,” Johnson said. “You learn to not act out of line because that affects not only you, but those around you.”

Thornton Ray ’13 went through boot camp before he came to the College and joined the ROTC program.

“The thing about boot camp is that it does not change you, it just magnifies who you are,” Ray said.

As seniors, Johnson and Ray offer advice for those that are headed off to boot camp this summer.

“Go with an open mind and don’t make judgments of others. Also, don’t hold your college education over others,” Johnson said. “There is a purpose for everything there, even if it is frustrating, and when looking back you will say, ‘I am glad I did that.’”

Ray also suggested students prepare both mentally and physically for their upcoming experiences.

“I had people write me as much as possible, because at the end of the day it was a godsend to have those letters waiting for me,” Ray said. “I made sure I had a good support system.”

Kelly and Jung both plan to physically train and mentally prepare themselves before they attend boot camp this summer by working out and by having a strong support system.