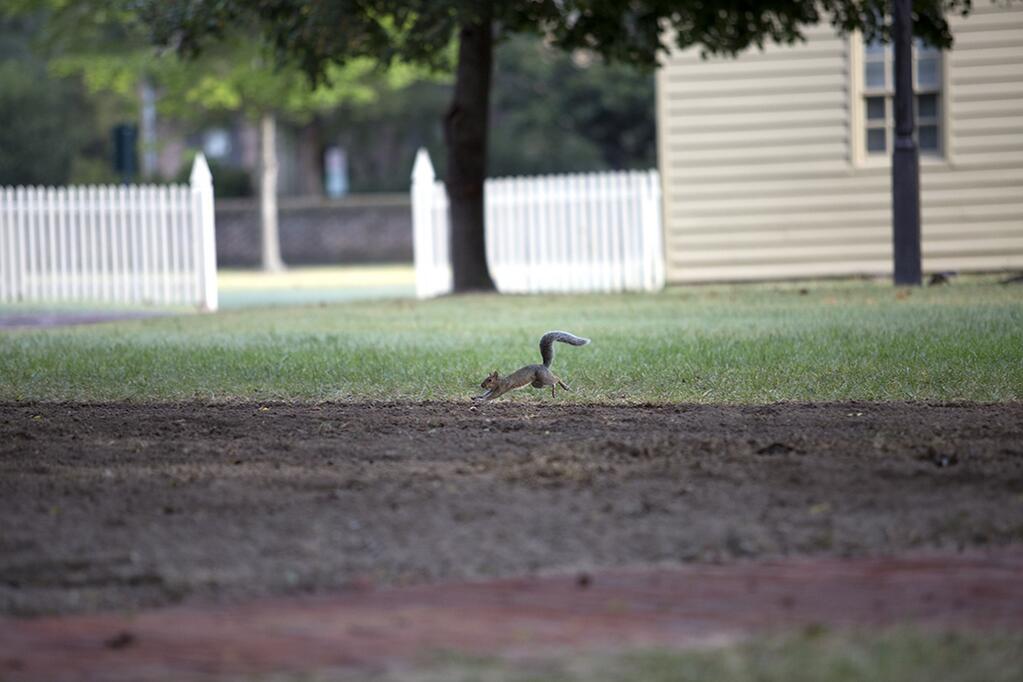 Between stashing away food for the winter and causing a ruckus in the branches of the trees above campus, the W&M Squirrel has had a very busy season.

“Lots of nuts are stored all over campus,” the W&M Squirrel said in an email. “Just have to remember where I put them! That’s always the problem.”

He’s not too busy, however, to forgo his usual social media activities. The W&M Squirrel is a ubiquitous online presence at the College of William and Mary — he constantly posts pictures of himself and his squirrel friends on Facebook and Twitter. A sociable squirrel at heart, the W&M Squirrel loves the interactive side of Twitter.

“[I] love to chit-chat with other squirrels and W&M folks,” the W&M Squirrel said in an email. “I’m a people squirrel.”

Despite recently being confined to his tree due to a case of the sniffles, the W&M Squirrel still looks forward to the festivities marking the end of the semester — particularly the Yule Log Ceremony. He plans to participate in the event, alongside College President Taylor Reveley — or TR, as the W&M Squirrel calls him.

The W&M Squirrel enjoys his daily chats with fellow campus fixture, the Lord Botetourt statue. He hopes to convey a message of friendship and togetherness to campus in his continuing posts.

“I love my friends,” the W&M Squirrel said in an email. “You make my day. #TribePride. #GoTribe. You’re cool, Aine. #Nutstoyou.”