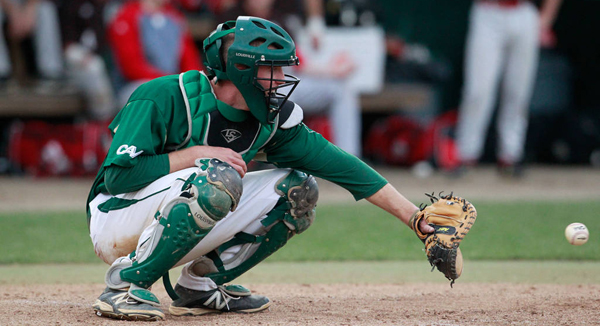 Snow and rain kept William and Mary from a pair of midweek matchups. Scheduled to host Virginia Military Institute Tuesday before traveling to Norfolk State Wednesday, both games were called off due to inclement weather.

Make-up dates have not yet been announced.

The College (16-7) returns to action Friday, hosting a three-game series against conference foe Delaware. The series marks the first Colonial Athletic Association game for both squads.

Last season, the Blue Hens (10-12) jumped out to a series-opening 20-3 win before the Tribe rallied for 9-0 and 4-2 wins to claim the series. The second and third games kicked off an eight-game win streak for the College, building momentum that helped the Tribe’s post-season run to the CAA Championship and National Collegiate Athletic Association Raleigh Regional.

Despite losing a crop of seniors and head coach Jaime Pinzino to Oklahoma, the Tribe has carried last season’s strong play into the new season. Each of the College’s losses, excluding the game against No. 1 Virginia, has been decided by three runs or less.

Through 23 games, the College has scored 231 runs and outscored its opponents in every inning but the eighth. Three players boast batting averages above .400, while junior first baseman Michael Katz leads the team in slugging percentage (.864), runs scored (36), hits (44), runs batted in (50) and home runs (12).

Katz, who has already hit more home runs than all of last season, has been recognized by a variety of organizations. The CAA named Katz its Player of the Week, while Collegiate Baseball magazine announced Katz was named the Louisville Slugger National Player of the Week Monday. Katz had previously earned both distinctions earlier in the season.

Katz joins a litany of athletes from the baseball team to receive awards in the early portion of the season. Freshman outfielder Tim Hoehn is the most recent recipient, earning CAA Rookie of the Week recognition Monday.

Katz and the Tribe will look to capitalize against a Delaware team that has only won one game on the road. The Blue Hens enter the weekend after dropping a four-game series against Bryant, although they won the series finale in a 5-4 comeback win.

The College has split its last four games, dating back to the Longwood loss. Look for Murphy to rely on a deep bench and potent offense in hopes of opening the conference schedule on a positive note.

Due to impending weather, the weekend series against Delaware has been shifted. A doubleheader getting underway at 1 p.m. Friday precedes the series finale Sunday, also slated for 1 p.m.

Barring any post-season play, this weekend marks the only time the College and Delaware will meet.