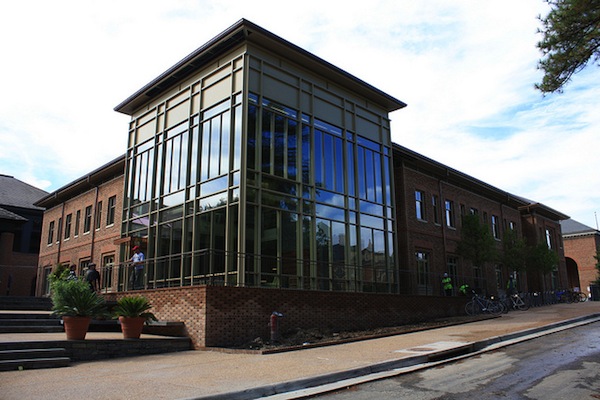 Navigating the route from a college major to a profession can be strenuous, but according to Kate Brooks, Executive Director of Personal and Career Development at Wake Forest University, the process doesn’t have to be inflexible.

The College of William and Mary’s Sherman and Gloria H. Cohen Career Center hosted Brooks Thursday, April 10. Brooks delivered two presentations titled “You Majored in What?: Mapping Your Path from Chaos to Career.”

Brooks published a book in 2010 bearing the same name; it serves as a guide for college students concerned about how their undergraduate academic majors will translate into real world jobs.

“I’ve been working with college kids since 1986, but I haven’t been able to find a book that addresses what liberal arts students go through,” Brooks said. “Everything that I’ve read relating to this topic was too businesslike, so I wanted to create a system that would allow young adults the flexibility to explore multiple interests without having a concrete goal.”

Brooks presented ideas from her book to students at the College, and also held workshops for professors and Cohen Career Center employees and administrators.

Mary Schilling, the College’s Assistant Vice President for Student Affairs and Executive Director of Career Development, has gotten to know Ms. Brooks through National Association of College and Employers conferences and was instrumental in getting her to campus.

“I brought [Kate] here as someone who could talk not just with students, but also with faculty, Cohen employees, and those involved with Student Affairs about how we can best advise undergraduates to translate their majors to careers,” Schilling said. “I think that all of our faculty members here, no matter their academic affiliation, need to be able to aid students in determining what their next step will be once they leave William and Mary. I want our faculty to be able to help kids evaluate the mindsets they have developed through their experiences here to explore lots of career options, aside from ones that are stereotypically related to their major.”

Brooks pointed out the significance of keeping an open mind when looking toward the future. She stressed the importance of connecting the complexities of experiences gained while earning an undergraduate degree instead of trying to predict a concrete career endpoint.

The career center uses Brooks’ book as a learning tool for students enrolled in their Major and Career Exploration program. MACE students are required to read the first chapter and are encouraged to consider the advice within the text.

Kelly Buckley, the Assistant Director of the Cohen Career Center and the head of the MACE program, said it’s important to acknowledge that a career may not naturally follow from any given particular major.

“The predictability of a linear life path is desired, but the reality is that not knowing exactly where you will end up is what adds depth to your personal, professional journey and eventual destination.” Buckley said. “Kids really have the ability to design the careers that they want, they just have to be intentional, purposeful, and aware of personal changes and experiences, and how they can articulate them to potential employers.”

Brooks, Buckley, and Schilling all said that the website LinkedIn is one of the most useful tools for job networking in the 21st century.

“With almost 37,000 William and Mary alumni registered with LinkedIn, the possibilities and connection opportunities within the site really are endless,” Buckley said.