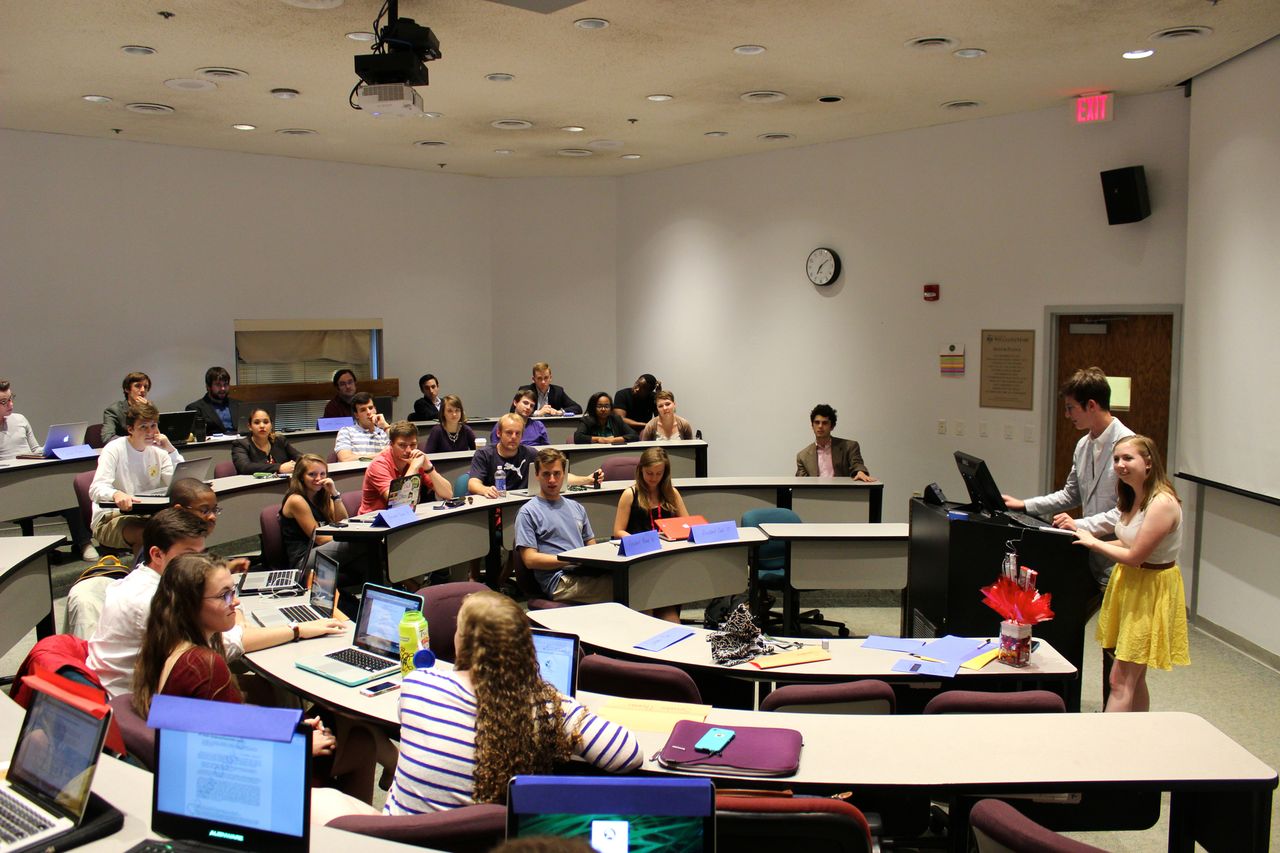 The Student Assembly senate wrapped up its last meeting of the academic year Tuesday night, during which four bills were passed.

The SA Supports Sustainability Act and the LDOC Ice Cream Act were introduced in new business during the meeting, but moved to old business by unanimous consent. Both these bills were considered time sensitive, as the senate will not meet again until the next semester.

The SA Supports Sustainability Act, sponsored by chairman of the senate Daniel Ackerman ’16, allocates funds from the student activities reserve to a banner for DormMania. Although DormMania is not an official club, Sen. William McConnell ’14 said he still thinks it is important to support programs such as this.

Sen. James Walker ’15 proposed reducing Ackerman’s initial allocation of $100 for the banner to $60, which was accepted. The bill was passed by unanimous consent.

Sen. Chase Jordan ’15 introduced the Ice Cream LDOC Act during Tuesday’s meeting. The bill allocates $600 for the purchase and distribution of ice cream on the Last Day of Classes. Jordan said he sees this as a tradition that the SA should continue.

“In the past the Student Assembly has provided for iced dairy goods for the students, to kind of keep everyone full,” Jordan said.

The bill, which passed unanimously, charges the Chair of the Undergraduate Council with carrying out this program.

Sen. James Walker ’15 voiced his support for the Code Revision Committee, citing its success in the past.

Ackerman also presented a special business report on Tribe Tailgates 2014. He said that 27 organizations applied for spots at the tailgates and all of them will receive spots. Ackerman highlighted the football tailgates’ success this past year.

“The 2013 Tribe Football tailgates were … overall quite a success,” Ackerman said.

In 2014, Tribe Tailgates will relocate to the area between Kaplan Arena and the Commons Dining Hall, allowing for both parking spots and grassy space. Ackerman mentioned that there might be another application process for non-parking spots at the tailgates.

After the senate adjourned, senators realized they had forgotten to go over an appeal made by the Front Porch Society, so they had to reconvene in a special session. Enough senators were present at the special meeting to reach quorum.

The Front Porch Society made its appeal to the senate to reallocate funds provided by the SA in order to pay for two new bands at one of their upcoming events. This reallocation was necessary because the bands the organization had previously booked had dropped out.

Whitaker presented the appeal on behalf of the Front Porch Society and the senate approved the appeal to reallocate funds.