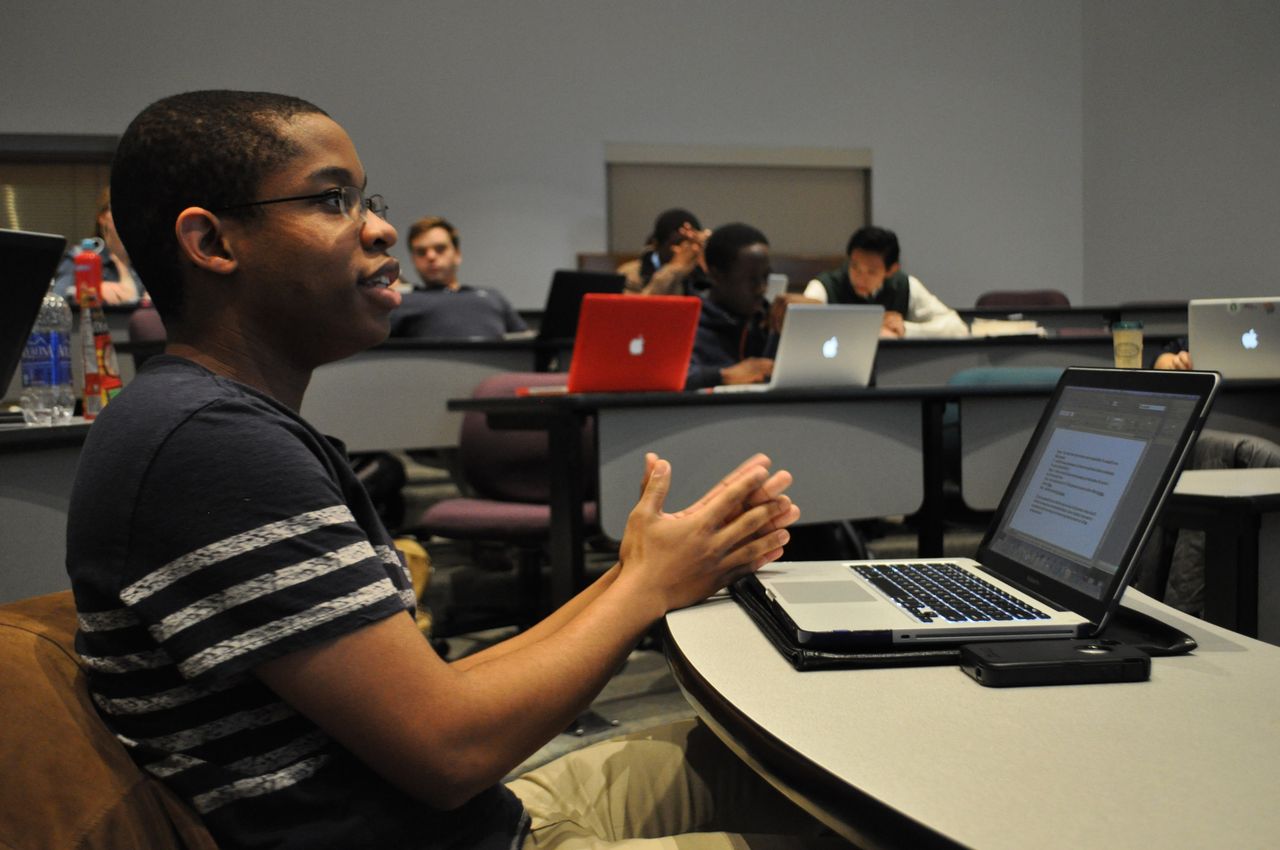 During their first meeting of the new session, the 322nd Student Assembly senate elected Sen. Daniel Ackerman ’16 to serve as chairman of the senate and reelected Sen. Emily Thomas ’17 to serve as secretary.

Thomas, who was elected as secretary last session after former secretary and Sen. Jimmy Zhang ’15 left to study abroad, was elected again after running unopposed.

“Once again running unopposed, tough way to run. But I’ve enjoyed being secretary of the senate for [the] second semester of this past session. … I hope you all look forward to reading all of my minutes — they generally include lots of fun things,” Thomas said.

Ackerman and Sen. Chase Jordan ’15 were both nominated for the position of chair and gave speeches to fellow senators.

Ackerman emphasized his past work in the senate and his dedication to the SA. Jordan explained that although he came into the senate in the middle of the semester, he believed he could be an effective chair. Jordan also stressed the importance of starting a dialogue between the senate and other student groups.

Senators from the Marshall-Wythe School of Law motioned to vote by secret ballot instead of by roll call; however, Sen. Yohance Whitaker ’16 objected to the motion.

Whitaker justified his objection by explaining, “this body has always remained collegial” and voting should not be a point of contention.

Ultimately, the senate voted by roll call and Ackerman won the position of chair with 14 votes, while Jordan received 6 votes.

College of William and Mary President Taylor Reveley was also in attendance at the senate’s first meeting of their new session and shared a few remarks with the group.

“As I always say to people involved with political life on the campus, it has been too long since we have had a US president. We need one,” Reveley said.

After being elected chair, Ackerman took over the meeting from former chairman of the senate Will McConnell ’14.

The senate heard an activities and events appeal by Nach Ke Dikha, an intercollegiate bhangra and fusion dance competition held at the College and run by the South Asian Student Association. In their original request, the group asked for a total of $2,000. However, the senate finance committee chose to only allocate $20, because many of the items included in the request could not be paid for with activities and events funds.

NKD presented a cut-down request of $860 to the senate. The senators’ discussion centered on the group’s request for $800 to fund a dinner the night before the competition. Associate Director of Student Leadership Development Trici Frederick suggested the senate remain consistent in how they fund their activities and events requests.

“I would just encourage you all to be consistent with your reasoning for granting certain funds,” Frederick said. “Just remember when you make decisions that you’re going to have be able to justify that for future decisions that you make on other events down the road. This is just the beginning of your precedence.”

After much discussion over whether the dinner was integral to the event, senators chose to allocate $630 to NKD.

Two new bills were introduced during the meeting. The first was the Closing of the Session Act, which renders all pending bills from the 321st SA senate dead and moves the New Organization Funding Act over to the 322nd SA senate. Whitaker introduced the Code Revision Committee Act, which continues the work on revising the SA’s codes in the new session.

“I think it is very important that we continue to look at our internal governing documents to make sure that they are effective and working for the betterment of our organization and students,” Whitaker said.