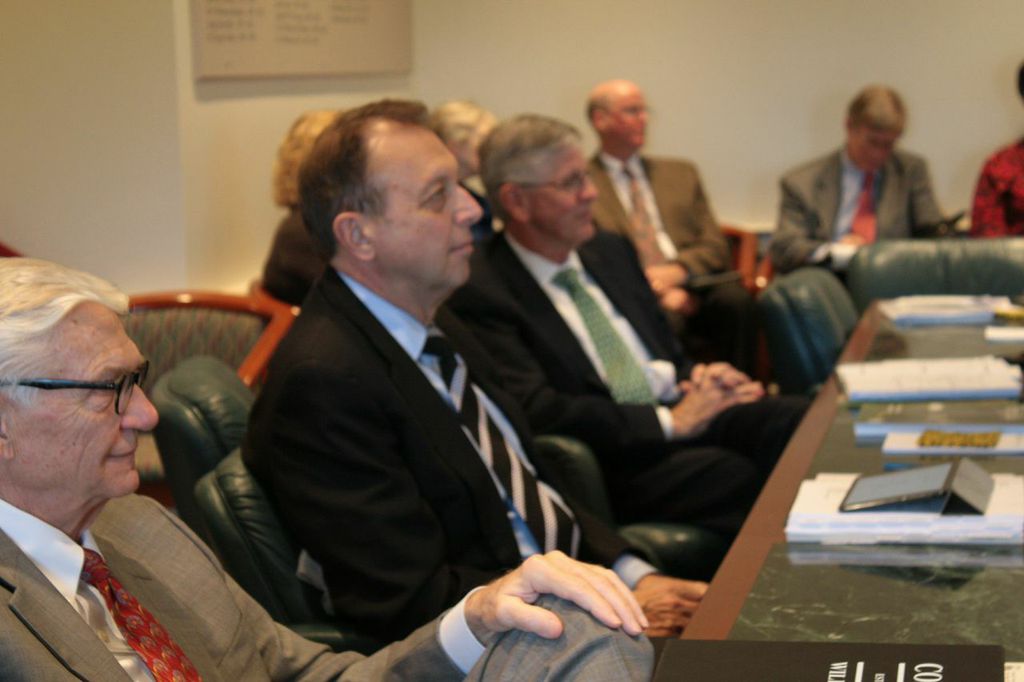 The Board of Visitors convened Feb. 5 in a full meeting to discuss campus safety.

The Board first covered campus safety and its various facets, including crime statistics, environmental health and safety, and health and wellness reports. Then they assessed the Title IX statute, Clery Act, and the process of reporting an incident of sexual assault.

College President Taylor Reveley began the meeting with a statement on the importance of campus safety in relation to the sustenance of the College of William and Mary.

“In my opinion, safety is very much like oxygen,” Reveley said. “If oxygen is in short supply or wholly lacking, everything fails in comparison and quickly dries to a halt. Safety is a primal responsibility for William and Mary and we are making every effort to ensure it for our people.”

He added that the responsibility of maintaining a safe campus requires students, faculty and staff to not only be conscious of potentially hazardous situations, but to also behave as active bystanders in instances of violence or sexual assault.

Vice President for Administration Anna B. Martin then spoke of the College’s assessment of overall campus safety.

“On campus, during the day, 99.8 percent [of students] reported feeling safe, at night it falls a little bit to 95.6 percent,” Martin said.

“One of the interesting findings, this goes to that sense of safety, [is that] the evaluators are actually concerned that there is a genuine feeling by members of the community that they are immune to crime on campus, and we have a very safe campus and that is true. But it also might lead people to let their guard down,” Martin said.

Martin noted that this sense of security lulls students into leaving their bikes unlocked, leading to elevated instances of bike theft. Students also often leave their doors unlocked and their laptops unattended in public spaces.

Regarding blue phones, Martin added that there are 180 blue light phones on campus. The introduction of the Rave Guardian app in the fall has provided students with more resources in emergency situations, she said.

“We call it the blue phone in your pocket,” Martin said.

Martin added that the app has features that allow students to anonymously text tips to the police, as well as input personal medical information.

Serious consideration is also being given to classrooms and potentially revising the card access policy. With the current standard in place, a key can lock classroom doors from the outside and a latch or push bar overrides that lock from the inside.

Regarding campus hazards, Martin noted that Williamsburg is not prone to exceptional natural events, and that potential damage from storms can be mitigated through enhancing programs such as tree trimming.

Chief Compliance Officer Kiersten Boyce discussed Title IX and the Clery act, and its implications for the College.

“Prevention is the goal today. … It is in many ways challenging,” Boyce said. “Sexual assault ranges from poor lighting to potentially problematic behavior among groups of people. Title IX is the single most important element of the thorny compliance landscape.”

Title IX, a federal statute issued by the Department of Education’s Office of Civil Rights, protects students from sex-based discrimination, including sexual harassment. The College’s main goal is preventing sexual misconduct, which includes dating and domestic violence, stalking and rape.

Dean of Students Marjorie Thomas spoke on the legal or administrative tracks students may take when reporting instances of sexual assault.

Thomas noted that reporting sexual assault can be partial, anonymous or full disclosure. Additionally, students who contact the Dean of Students Office or other campus resources do not have to file an official report with the College, as explained on the Dean of Students website.

Thomas added that the Dean of Students Office is able to impact the community following an incident of assault in ways that law enforcement is not able to.

“There is a range of behaviors it covers, from inappropriate comment of a sexual behavior to creating a hostile environment to non-consensual sexual touching to intercourse without consent,” Thomas said. “The range of sanctions begins with disciplinary probation for the lower end of the spectrum to a minimum of two whole semesters of suspension for non-consensual intercourse.”

The most common hearing is a Trained Hearing Panel, which is comprised of two administrators and a member of the student conduct council. The process is non-adversarial and does not resemble a court model that proceeds if all parties are in compliance, including the Dean of Students. If an accused student is found responsible, primary sanctions include suspension, indefinite suspension or permanent dismissal. Permanent resignation is another available option.

The Dean of Students Office also provides the opposing party access to necessary services for the hearing.

“The Office is concerned with the other party,” Thomas said. “We believe it is important to provide services to him or her and support them through the process. We offer them access to an administrative advisor.”

Vice President for Student Affairs Ginger Ambler ’88 Ph.D. ’06 updated the Board on the Task Force on Preventing Sexual assault.

Task Force subcommittees revised documents to be more explicitly aligned with the Violence Against Women Act. The College has also affirmed the right to a trained advisor for each party. In cases of sexual misconduct, students now have the automatic right to appeal to the provost.

After moving to closed session, members of the Board discussed concerns with policies regarding forceful sexual assault. Board member John Littel raised concern with the College’s policy to not report such incidents directly to the police, to which Thomas noted the process is not an adversarial one, and that the accused student, if found guilty, will be asked to leave campus until the reporting party has graduated at the minimum. Students found guilty, however, may face a longer suspension or permanent resignation.

In closing, Reveley remarked that the Virginia General Assembly’s process of debating bills regarding sexual assault was a “big mess.” He added that in dealing with sexual assault and campus safety, the College is “doing as good a job as anybody.”