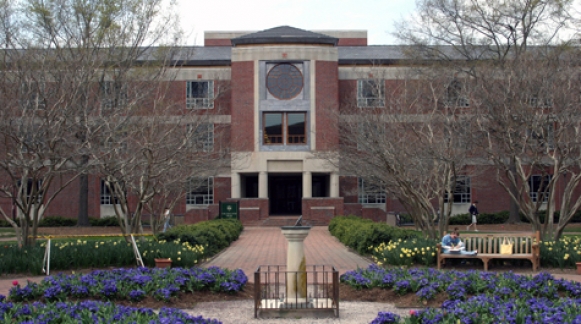 Last spring when now Student Assembly President Yohance Whitaker ’16 campaigned, he promised an SA-sponsored textbook plan that would make textbooks more affordable for students. As part of this promise, the SA senate introduced the “Save the Future of Humanity from Excessive Textbook Expenses” bill in their meeting last week.

“When Catie and I decided to run we wanted to make sure we were aggressively fighting for and advocating for students,” Whitaker said. “Part of where we see a good opportunity to make college more affordable is if we can work to make sure textbook costs are cheaper for students. Our hope is that if we are able to secure funds that we will allow entire departments to switch to the open resources, that William and Mary will be cheaper for students.”

In the fall, Creative Commons Director of Global Learning Initiatives Cable Green participated in a forum on textbook affordability at the Earl Gregg Swem Library. He advocated open educational resources as a means of saving money. Additionally, the physics department has already switched to using these open textbooks, and it is estimated that they have saved their students $1 million, according to Whitaker.

When Catie and I decided to run we wanted to make sure we were aggressively fighting for and advocating for students. Part of where we see a good opportunity to make college more affordable is if we can work to make sure textbook costs are cheaper for students. — Yohance Whitaker ’16

When senators introduced the bill last week, the funding was to be allocated for purchasing textbooks for five introductory classes. Senators had not previously discussed the bill in committee and voted to hold it in old business. When it is reintroduced this week, it will be reintroduced with an amendment that will allocate all of the funding to supplying the psychology department with open textbooks.

“I think these amendments will give the bill more direction than it had previously,” SA Secretary of Academic Affairs Shannon Caietti ’17 said. “For transparency reasons, I think it is good that we amended it. I hope it will get passed and that these amendments will allow it to make more of an impact.”

Additional amendments to the bill will provide for marketing measures that will raise student awareness about the option of open educational resources.

A third amendment will also include a congratulatory statement to the physics department.

As the Executive Appropriations Committee has already begun the process of developing next year’s SA budget, the next step will be to have a budget amendment passed that will include a pocket of funding for open educational resources that will allow this policy to be sustainable over the years.

Since the spring semester’s registration add/drop period is over, this bill will first affect students taking courses over the summer.

The bill will impact students in introductory courses.

However, this is just the first step in what Whitaker said he envisions the SA can do to advocate for students in terms of making the College of William and Mary more affordable.

“I think that the primary goal of Student Assembly is to advocate for students and their needs and rights,” Whitaker said. “Part of making college more affordable is pushing the government to make more funds available for financial aid. When we have a stronger support for financial aid, we decrease the barriers for higher education. We make William and Mary and other institutions more affordable for more families throughout our nation.”

According to Whitaker, the second component of his vision for the future includes SA going after textbook publishing companies that have monopolies on college textbooks.

He said he believes that in the future, SA can advocate and make sure that college is more affordable by showing students that they have other options than expensive textbooks.

SA Chief of Staff Sutton MacQueen ’16 advises the academic affairs department and played a role in holding conversations with students, administration and library staff to develop the bill. She too said this was an important issue for SA to get involved in.

“I think textbooks are expensive; college is expensive,” MacQueen said. “I think it is definitely a great thing to be able to give an alternative to that. Also, to be frank, in conversations with Cable Green it is clear that this is where a lot of other schools are heading. This just seemed like the right move and SA was the right way to do it.” 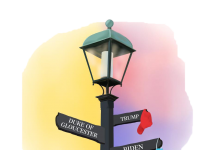