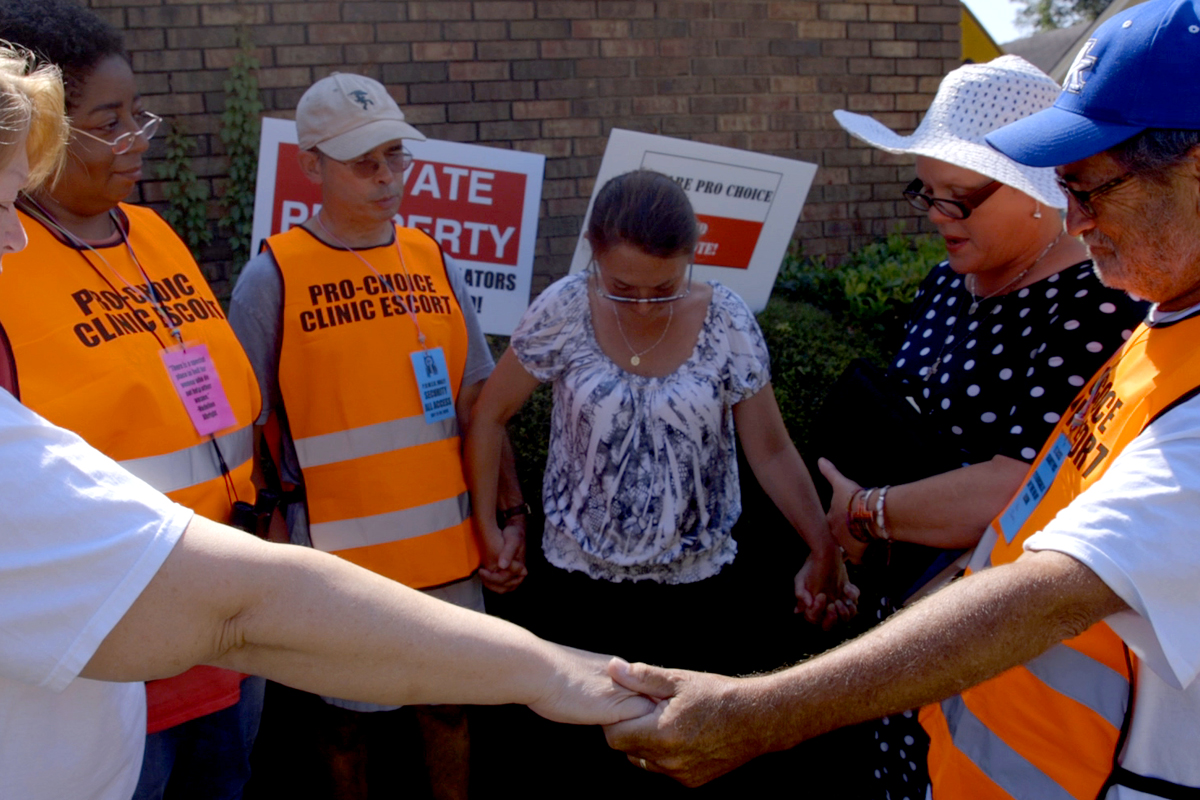 Students journeyed through cold and windy weather Saturday night to watch “Trapped,” a documentary about abortion regulations, in Andrews Hall.

The College of William and Mary’s Voices for Planned Parenthood club, or VOX, hosted the screening. Vox members Sam Yu ’17, Hannah Ferster ’19 and Becca Merriman-Goldring ’19 organized the event with the help of VOX President Taylor Medley ’17. Richmond Reproductive Freedom Project and Planned Parenthood Advocates for Virginia sponsored the event, which was free for members of the public.

VOX also organized a panel discussion after the screening. The three panelists present were Ha Tran, an organizer with the Richmond Reproductive Freedom Project; Nia Bentall, a field organizer at Planned Parenthood Advocates for Virginia; and Janice Craft J.D. ’10, Director of Policy and Government Affairs at NARAL Pro-Choice Virginia. The panel discussed the abortion regulations presented by the film in the context of their own work for abortion rights.

According to the Guttmacher Institute, 24 states, including Virginia, have laws that regulate abortions in a manner that is not necessary for the safety of the person receiving the abortion.

“[These abortion regulations] were attached as an amendment on a bill that was about disaster preparedness in hospitals,” Bentall said. “So they bypassed a senate committee that would always strike down these laws and they tried to get them passed in previous years. It went to the senate floor directly, and the anti-choice lieutenant governor broke the tie, so they passed. Then the governor declared a state of emergency. There was no public health emergency.”

“Trapped” focused on the experiences of clinic workers and patients in three Southern states: Texas, Alabama and Mississippi. The number of clinics in each of these states has dropped significantly. There are three open clinics in Alabama and one open clinic in Mississippi. Abortion rights activists argue that more clinics are needed to provide equitable access to those seeking abortions.

“There are times when I honestly believe that Alabama feels like a third world country,” June Ayres, director and clinic worker at Montgomery-based Reproductive Health Services, said in the film.

Independent organizations like Richmond Reproductive Freedom Project help assist people who need money, time, or child care in order to get an abortion.

“The clinic is in Richmond, and they live in Hopewell,” Tran, the panelist from the Richmond Reproductive Freedom Project, said. “So that’s a half hour drive. So the amount of time to be at the clinic and to drive back and forth is a lot of time to make an excuse to cover for someone who doesn’t want you to get an abortion.”

Doctors and clinic workers, while trying to balance an overload of patients and limited resources, are met by protestors and the threat of further regulations, the documentary argued. In one scene, the Montgomery clinic starts its workday by putting security measures in place to defend the clinic against a purportedly aggressive anti-abortion group.

“It prevented us from investing in our proactive agenda because we had to fight to stay open,” Bentall said. “We had to invest all of our resources, all our power into just opening our doors. And I think that playing defense constantly is very frustrating. It makes me really angry because I see what we could do, like increased services we could provide, but we’re kind of stuck fighting these laws that just keep pounding us back.”

Craft said in the panel that politicians and leaders who oppose abortion have realized that it is hard to make abortion illegal, but that they believe regulation is a better strategy.

Both the film and the panel suggested that outlawing abortion or decreasing access to legal abortions would not get rid of abortions. It would, they argued, only get rid of safe abortions.

“Prior to Roe v. Wade, prior to the decriminalization of abortion, the morbidity and mortality rates for abortion, let’s say they were up here,” Craft said. “After abortion was decriminalized they just catapulted downward.”

The VOX members who organized the event found the movie to be informative.

“I thought it was really well done and really powerful,” Ferster said. “It’s sort of amazing how relevant it is right now because the Supreme Court is debating this case that could effectively overturn Roe v. Wade or reinforce it. So it’s sort of like a scary and exciting time for reproductive justice, and this movie I think really manages to go over the issue in a really relevant and dynamic way.”

Medley was impressed by the resilience of the clinic workers, doctors and patients. As president of VOX, she has spent a lot of time fighting for abortion rights. Recently, she spoke about what Planned Parenthood meant to her at Governor Terry McAuliffe’s bill veto meeting that would prevent the Department of Health from funding abortions in Virginia. “Trapped” inspired Medley to keep up the fight.

“It’s one of those movies that makes you really angry,” Medley said. “It makes you kind of want to do things right now to make it better.”