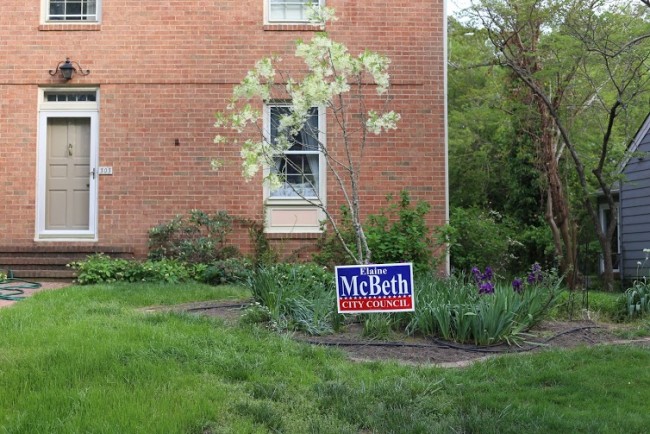 Some of the primary issues in the City of Williamsburg’s City Council Elections, which will be held May 3, is the status of off-campus housing for College of William and Mary students, and the relationships between student renters and long-term Williamsburg residents.

Although town-gown relations have improved in recent years, a history of noise complaints and general friction between students and residents still exist.

City of Williamsburg Vice Mayor Paul Freiling ’83, who is running for re-election, cited the exception to the three-person rule established December 2009 as a past achievement of the City Council about addressing students’ off-campus housing concerns. The three-person rule mandated that rental properties could house a maximum of three unrelated people. The 2009 amendment allows for four unrelated people to live in one rented home under certain circumstances.To Freiling, this policy change was a victory because it involved collaboration between Williamsburg and the College to address student housing needs without dramatically upsetting the residents.

He said that if re-elected, he would like the City Council to work with the College to develop better off-campus solutions for student housing.

“I’d like to see us work with the College administration to work with renters of housing and getting the College to help us deal with these issues so we don’t have to have all these regulations that apply to everyone,” Freiling said.

I’d like to see us work with the College administration to work with renters of housing and getting the College to help us deal with these issues so we don’t have to have all these regulations that apply to everyone,” Freiling said.

He also noted the potential value of housing students and senior Williamsburg residents in the same building.

“It’s neat to put people of different age categories in the same apartment complex because that creates more diversity,” Freiling said. “Having the types of housing where it can be intermixed is always better, because older people and younger people can help each other in different ways.”

Local landlord and City Council candidate Greg Granger has a different perspective on integrating students and residents. According to him, Williamsburg residents do not want to live alongside student renters.

Granger connected the issue of housing to the other prominent issues of reinvigorating the economy and keeping young professionals in the area. According to Granger, thinking about off-campus student housing in broader terms could help foster Williamsburg businesses.

“The lack of student housing … affects the rest of the housing market,” Granger said. “If they built student housing on the backside of the Williamsburg shopping center, you’re conveniently located, that could become a unique little student housing development and you could put retail in that would be desirable for the students living there.”

Granger said his bid for City Council is a way to advocate for a change in Williamsburg’s attitude toward student housing. He said that he has faced resistance within Williamsburg regarding the construction of Griffin Arms Apartments, which he intended to serve as off-campus housing for students.

One of the changes she cited to improve the off-campus living experience is a website in the works that would allow students to rate their landlord based on responsiveness, respect, cleanliness and safety. This website will be launched as a project through Student Assembly.

“We felt it was necessary for students to get a feel for what types of landlords and housing situations were available,” Ramsey said. “We believe it will be much more comprehensive if it’s based on the landlord as opposed to the property.”

Ramsey said that the residents in her neighborhood value the students who rent houses there.

“Having students in the neighborhood brings vibrancy and energy and youth and is something we appreciate,” Ramsey said.

Having students in the neighborhood brings vibrancy and energy and youth and is something we appreciate,” Ramsey said.

She spoke about the annual picnic her neighborhood holds in order to allow students and residents to get to know each other and build relationships.

Ramsey is a member of the City’s Neighborhood Relations Committee, and she said that, if elected, she would work to involve the Committee more deeply in conversations and foster better relationships between students and residents in all Williamsburg neighborhoods.

Student candidate Benming Zhang ‘16 had a different view of the NRC. He said that, although the work they do is important, they don’t make themselves accessible to students.

“We have a committee that was created to address town-gown issues, but it meets Saturdays at 8 a.m. all the way out at the Quarterpath Community Center,” Zhang said. “Going door-to-door speaking with students, some of them want to be at the forums, but they won’t wake up to go to these forums … I would like to have a neighborhood council here on campus or somewhere where it is walkable.”

Zhang owns a house in Williamsburg himself and currently rents rooms out to friends. Similar to Freiling, Zhang spoke about the three-person rule, but he said there are steps that can be taken to amend the rule to be better for students living off campus. He said that being able to evaluate how many residents a home could handle on a case-by-case basis would be more effective than the current method.

To public policy and economics professor Elaine McBeth, living alongside student renters is simply part of living near the College, and having age diversity can be beneficial to the community.

“How do you live across from a university and not expect student[s] to be living in your neighborhood?” McBeth said. “I don’t think it serves students to have a neighborhood next to the university being dormitories with only students … I think people need to be respectful of each other but I don’t think anyone needs to be more respectful than anyone else.”

While she said she sees the overall relationship between student renters and Williamsburg residents as positive, she expressed concerns about the quality of some students’ off campus living situations.

She said that she has seen situations with people living in crawl spaces, which not only does not comply with city codes, but also poses a safety issue. McBeth said that the City Council should work on better making students aware of what to do about poor living conditions.

“I think there is a real health and human services network that the City should promote,” McBeth said. “We don’t want people living in unsafe or deteriorating conditions because it is cheap housing.”

To McBeth and the other candidates, the most important thing is to not think of students and residents as uniform entities that must always be in conflict with one another.

A common theme throughout the candidates’ views of off-campus student housing is greater understanding. Whether or not students and residents choose to live alongside one another, the candidates advocate for greater collaboration and flexibility.