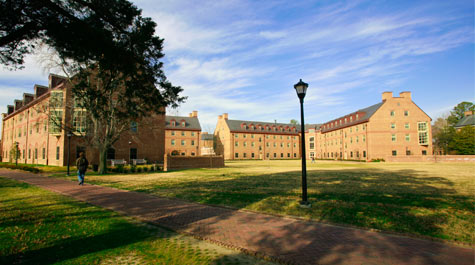 Early in the fall semester, the Residence Hall Association partnered with the Lambda Alliance and its policy branch William and Larry to gauge campus perception of gender-inclusive housing. The organizations administered a survey that received over 1,300 responses, falling just shy of 15 percent of the College’s total enrollment.

The results suggest that a majority of students who completed the survey support the implementation of a gender-inclusive housing option at the College. Seventy-three percent of students responded as either strongly in favor or in favor of gender-inclusive housing, 12 percent indicated that they were either strongly opposed or opposed and the remaining responses were either neutral or abstaining. Furthermore, 333 students indicated that they would be very likely or likely to use this option were it to become available.

According to survey responses, students were most commonly concerned that gender-inclusive policies would change living situations, such as bathrooms being used by the opposite gender, or that couples living together could create problems. Co-President of William and Larry Julie Santanna ’17 and RHA President Marianna Stepniak ’17 stressed that the former concerns would not arise, as the proposed system is consent-based, and similar policies at other universities discourage couples from living together.

“I think people are much more concerned about couples living together and breaking up than they are about the mental health and well being of students who really need this policy,” Santanna said. “It really becomes a question of safety and mental health. … there’s also students that, who through no choice of their own, are put in a position where they really need this. That’s the biggest obstacle, demystifying this to be not something that is frivolous but something that is very integral for the well-being of students who live on this campus.”

RHA, Lambda Alliance and William and Larry have shared the results of the survey with Director of Residence Life Deb Boykin, Vice President for Student Affairs Ginger Ambler ’88 Ph.D. ‘06 and Associate Director for Diversity Education Margie Cook. At this time, the organizations have not heard back from the administration.

“We know other schools in Virginia and across the country have implemented programs for gender  inclusive housing and we continue to learn from their experiences,” Boykin said in an email. “We have received the proposal from RHA and William & Larry and will need time to explore it fully and discuss it with university leadership.  This will take time so at present no decisions have been made related to the proposal.”

The gender-inclusive housing survey is one of many initiatives the Lambda Alliance has been working on for several years. For example, Lambda Alliance created a general proposal for transgender-inclusive policies in 2014, which includes issues ranging from healthcare to gender markers on school documents. Also, Residence Life now offers a policy that allows transgender students with documented need to live in a single with a private bathroom.

As of fall 2015, the College has designated single-occupancy bathrooms in most dorms and campus buildings as gender-inclusive. There is some concern among students about how this would transfer to single-gender halls in dorms.

“We encourage our membership, the larger W&M queer community, and our queer allies to keep up with the survey’s results and maintain their interest in these issues,” Lambda Alliance Co-President Kyle Lopez ’17 said in email. “Change will come about if and only if we continue to pay attention.”

Ultimately, although gender-inclusive housing has been picking up steam in Virginia — peer institutions such as Virginia Commonwealth University, George Mason University and Virginia Tech have created similar policies — the creators of the survey are worried that the decision rests with the Board of Visitors and hope that they will take student opinions into account.