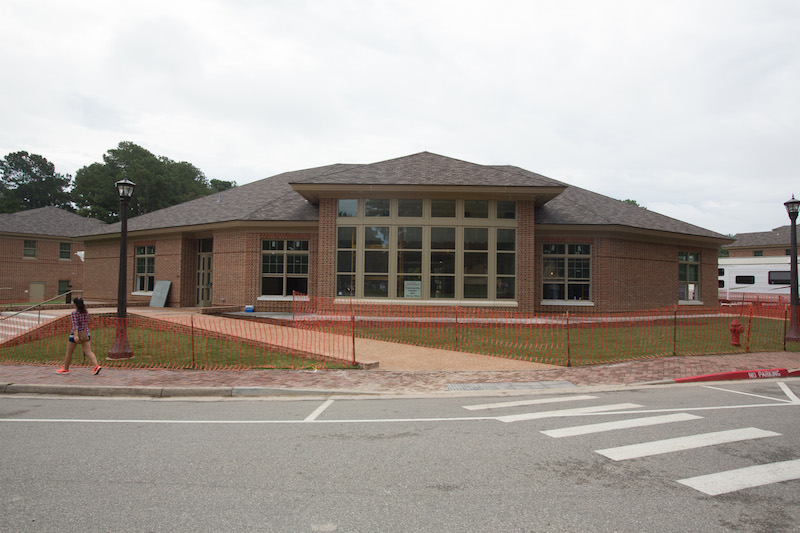 The decision to add new fraternities was made after recruitment data revealed that a significant number of men interested in joining a fraternity were not finding the right fit. Therefore, former Interfraternity Council Vice President of Recruitment Will Adie ’18 brought the issue to the attention of the president’s council who subsequently approved it.

“Looking at the numbers, we realized there was a gap we could fill with more fraternities,” Adie said.

After the decision was made, an alert was put out to all national fraternities in the United States. Adie said that the council received applications from 18 fraternities nationwide. The committee then scored the application packets based on a rubric containing criteria such as required grade point average, fraternity values, national support, position on hazing, risk management, harm reduction and sexual assault prevention. With the results, the committee chose Phi Gamma Delta, Lambda Chi Alpha and Alpha Sigma Phi.

The decision about which fraternity would colonize first was made over several conference calls with the recruiters from the fraternities. Alpha Sigma Phi and Phi Gamma Delta both wanted the first slot; however, the three fraternities agreed to have the Expansion Committee make the decision. The committee then chose Phi Gamma Delta.

Director of Expansion Matt Farrell and Field Secretary Mike McDonald are the two staff members from Phi Gamma Delta and will be recruiting at the College until spring break. At that point, the new chapter will elect its own officers. Farrell and McDonald will then spend a week training those officers for their positions, and after that the chapter will be operating under undergraduate leadership.

“FIJI [Phi Gamma Delta] is a values-based fraternity, so we will be recruiting men here based on our five values of friendship, knowledge, service, morality and excellence and our overall vision for this group here in our campuses is building courageous leaders,” Farrell said.

Phi Gamma Delta will be conducting recruitment after the current fraternities on campus have extended bids. So far, the chapter has been raising awareness for their fraternity at sorority chapter meetings and information sessions. McDonald said that the bulk of their recruitment will be in the form of individual interviews.

“We’re really focused on not appearing to come here and try and replace every other fraternity. We’re not trying to do that, we want to add to the community,” McDonald said. “We just want to make it better.”

Adie said in order for this expansion to be a successful endeavor, it has to be seen as an extension of the community.

“What I told some fraternity presidents is you’re not trying to cut the pie smaller, you’re trying to get the pie bigger so we all have a bigger slice of the pie,” Adie said.