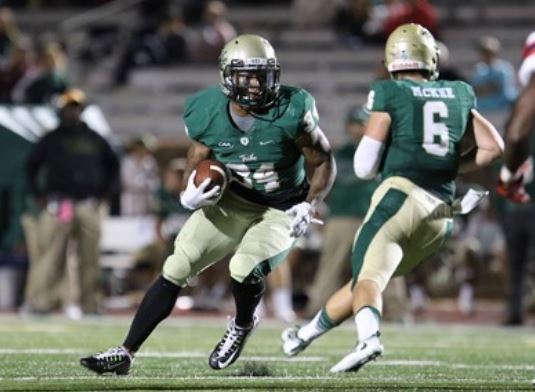 Once again, William and Mary fell far behind another Colonial Athletic Association opponent. And once again, the Tribe mounted a comeback that ultimately fell short.

“You can’t get yourself in a hole against a good team like that too often and expect to come back,” head coach Jimmye Laycock ’70 said to Tribe Athletics. “But we gave it a good try, we really did. Second half we came after it hard.”

Less than four minutes into the game, the Phoenix (5-1, 3-0 CAA) took the lead on a touchdown run by running back Malcolm Summers, an advantage which it did not relinquish the rest of the way. The College defense kept the score at 6-0 (Elon missed the PAT following Summers’ touchdown) for the rest of the first quarter, but the Tribe offense could not find its rhythm. Slow starts have been a consistent issue for the College this season, the offense failing to score in the first quarter in four of its five games.

Elon tacked on a field goal at the beginning of the second quarter, and on the ensuing College drive, junior quarterback Tommy McKee was sacked and fumbled deep in Tribe territory, a Phoenix defender scooping up the ball. It turned out to be McKee’s final contribution of the day, as Laycock decided to pull him after Elon extended its lead to 16-0 when Summers scored another touchdown five plays later, replacing McKee with sophomore quarterback Brandon Battle.

“We just felt like we had to do something. We were just stagnant there offensively and needed to do something,” Laycock said to Tribe Athletics after the game. “It wasn’t all Tommy. I mean it was a lot of people, but sometimes in that situation you just got to look for a different spark.”

Battle immediately provided the spark Laycock was looking for, completing his first three passes — matching McKee’s completions total for the game — on a drive that went 52 yards in eight plays. Sophomore kicker Kris Hooper nailed a 40-yard field goal, and the College was on the board.

However, Battle could not replicate his success on the Tribe’s next drive, as he was picked off by Elon defensive back Greg Liggs Jr. The Phoenix then scored another touchdown to close out the half with a commanding 23-3 lead, the College once again facing a daunting halftime hole.

Battle trimmed the deficit to 23-10 with his first career touchdown pass late in the third quarter, connecting with sophomore tight end Riley Wilson to cap off a nine-play, 58-yard drive. After the game, Laycock evaluated Battle’s performance, the sophomore completing 11 of 21 passes for 155 yards.

After Elon went three and out on its next drive, the Tribe once again scored a touchdown to pull within six. Freshman running back Nate Evans, who once again led the Tribe in rushing with 77 yards on 19 carries, found the end zone on a two-yard scamper after moving the College into Phoenix territory earlier in the drive on a 21-yard carry.

The Tribe defense followed Evans’ touchdown up by forcing another Elon three-and-out, ultimately holding the Phoenix offense scoreless for the entire second half. Laycock praised his defense afterwards, but said there is room for improvement.

“I thought they played real well,” Laycock said to Tribe Athletics. “I think we were real shaky at the beginning on defense that first drive, but we regrouped and came back and played really well … It was good play, they got to get a few more turnovers for us because we’re having a hard time offensively, but they played pretty well.”

Evans’ touchdown turned out to be the final offensive score of the game, the College offense unable to finish off the comeback it had started. A 14-play, 47-yard drive ended with a 31-yard field goal attempt, but Hooper pulled his kick wide left.

The Tribe began its next offensive possession deep in its own territory, and on third down Battle was sacked in the end zone for a safety to put Elon ahead 25-17. The defense forced another Phoenix punt, and the offense got the ball back with 18 seconds left and one last chance to force overtime. However, Battle was sacked again on the final play of the game, Elon’s seventh sack, the College losing its first two conference games for the second consecutive season.

The Tribe will look to right the ship next Saturday when it faces CAA foe Delaware on the road. The game is scheduled for a 3:30 p.m. kickoff.