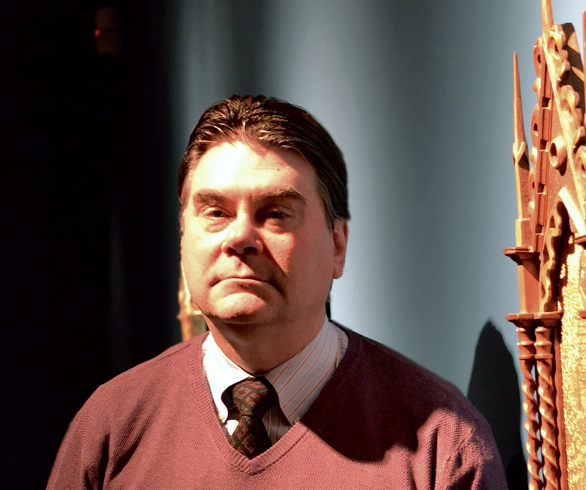 His footsteps strode over the floors of the Vatican, the stones supporting Florence’s Biennale and the sleek hardwood of the Louvre Museum. Now John T. Spike’s steps will fall on the polished floors of the Muscarelle Museum of Art.

The Muscarelle named Spike the new assistant director and chief curator of collections Monday, Jan. 30 after he spent 2011 as the distinguished scholar-in-residence.

Spike has curated exhibitions all over the world at renowned museums, like the Metropolitan Museum of Art and the Louvre, and is a prolific art history writer.

“John Spike is an internationally-renowned art historian who has prestige equal to that of our school,” Aaron De Groft ’88, director of the Muscarelle, said. “To have someone of this stature, we’re thrilled. Spike was director of Florence’s Biennale for seven years and he has written over 30 very influential art books. He just wrote a book on Michelangelo and has been instrumental in our plans to bring a new Michelangelo exhibit next year.”

Spike met De Groft in San Francisco and the two hit it off with a similar energy and excitement for the art world.

“I first got involved here after meeting Aaron when he was chief curator at Ringling in San Francisco. He knew I was visiting, and he took me took me to lunch — we talked about art. When he came back to his alma mater, William and Mary, he contacted me,” Spike said.

De Groft described how organic Spike’s integration into the Muscarelle has been.

“It was a very natural progression for John to come here and become a permanent fixture for the College,” De Groft said, “and Michèle Spike, John’s wife, is a very accomplished lawyer and author — the College community is really gaining world-class talent.”

Spike is pleased to become a permanent part of the College’s art community.

“Everyone is so nice here. Aaron is so energetic and forward-looking, and it’s so satisfying to me to be a part of something that’s flourishing like the Muscarelle is,” Spike said.

Spike and De Groft are moving forward with plans to bring exciting new exhibits to Muscarelle and to create a new minor at the College.

“Now we’re working on a museum studies minor for students, which offers another way for students to be competitive in the museum world after graduating,” De Groft said.

Students who are interested in art and the exhibitions at the Muscarelle have expressed excitement about Spike’s new position as assistant director and chief curator.

“I’m really impressed that [Spike] is here. I love the exhibitions at Muscarelle, and I’m sure they’re just going to get better with that kind of talent,” Kate Hay ’12 said.