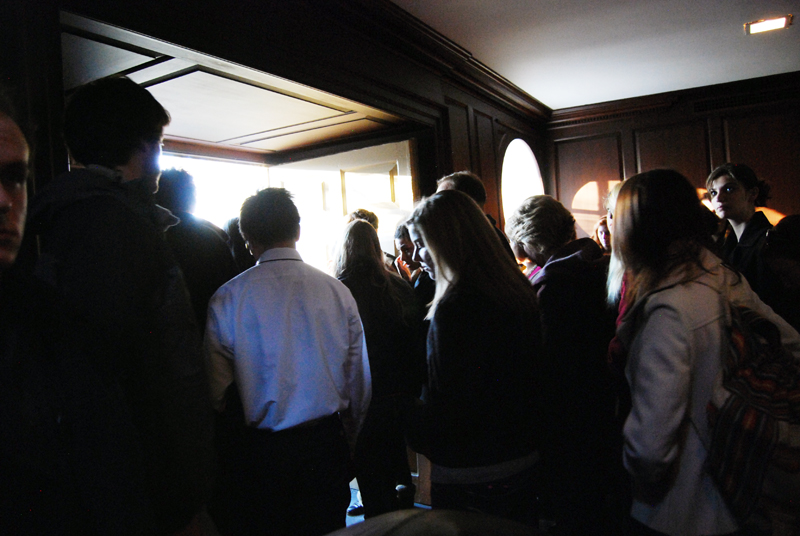 All seats were filled and there was no standing room left at the memorial service held in honor of Troy Pelish ’15 in the Chapel of the Sir Christopher Wren Building Monday.

Red carnations, yellow daisies and candles graced the altar as guests at the memorial service filed in to their seats. Several speakers, ranging from Pelish’s childhood friends to a member of the Office of the Dean of Students, described Pelish’s positive qualities.

As a tribute to his many years as a Boy Scout and his Eagle Scout Award, two fellow scouts presented an American flag while a third, Matt Rosendahl, spoke about the ideals that Pelish strived to live by as a member of the organization.

Rosendahl not only recited the Boy Scout oath and law but also explained what they mean to each scout and how admirably he felt Pelish had exemplified them.

“Troy truly lived because he lived by the oath and law,” Rosendahl said. “He had touched many other scouts’ lives by working at a summer camp for several years.”

Four friends of Pelish then spoke briefly about their time with him.

All of the speakers lit a candle after they concluded their speeches, which illuminated the altar in a celebration of Troy’s life.

After a prayer led by another friend of Pelish’s, College of William and Mary President Taylor Reveley gave his remarks.

“Death brings somber and anguish to the College community,” Reveley said. “But a sudden, unexpected death is especially difficult to cope with.”

In his address, he asked how could the community move on.

The answer, according to Buffkin, could be found in connecting with one another, as the Fauquier Hall residents did when they slept in one of the lounges to keep each other company after they learned of Pelish’s death.

Buffkin punctuated the service with a piece of Hebrew wisdom from the book of Ecclesiastes: “A cord of three strands is not easily broken.”

Pelish was found dead in his Fauquier dorm room Feb. 12. Campus officials notified students via email of the death later that evening.

Medical examiners have yet to confirm the cause of death, but investigators at the scene determined it to be an apparent suicide.

Pelish was a second-semester freshman from Vinton, Va.

“Troy was a 2011 graduate from William Byrd High School where he was an excellent student, having earned national recognition for his performance on the National German and Latin Exams,” Ambler said in a campus-wide email sent Feb. 12.