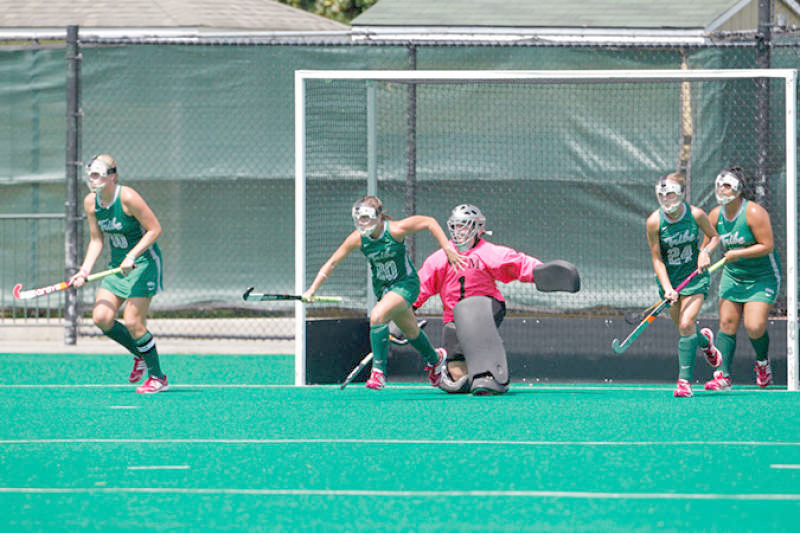 When longtime head coach Peel Hawthorne stepped down, new head coach Tess Ellis had a little less than a week to prepare for her coaching debut. After a season highlighted with upset wins and a trip to the Colonial Athletic Association semifinals, Ellis has proven her value as a head coach.

Despite falling to No. 17 Delaware in the CAA semifinals, Ellis’ squad recorded upset victories over then-No. 5 Virginia and then-No. 18 American University.

“I think with the new regime and the group that we’ve had, we’ve certainly changed the attitude of William and Mary field hockey to a very competitive group of young ladies,” Ellis said after qualifying for the CAA tournament. “I think they are able to handle anything.”

Overall, opponents posted a better shot percentage (.206) than the College’s .148. Goals came at a premium, as the Tribe averaged 1.89 goals a game while opponents scored 2.37 goals a game.

Ellis did not settle on a single goalkeeper, and switched repeatedly between sophomores Cate Johnson and Meredith Savage. Johnson earned 15 starts and posted a .705 save percentage en route to a 7-5 record. Savage, who started four games but played in 12 overall, finished with a 1-6 record and .585 save percentage.

As Ellis enters her second year at the helm of program, expect another run at the elusive conference title.