Home Latest News Greek Life Little by little: the cost of being a big 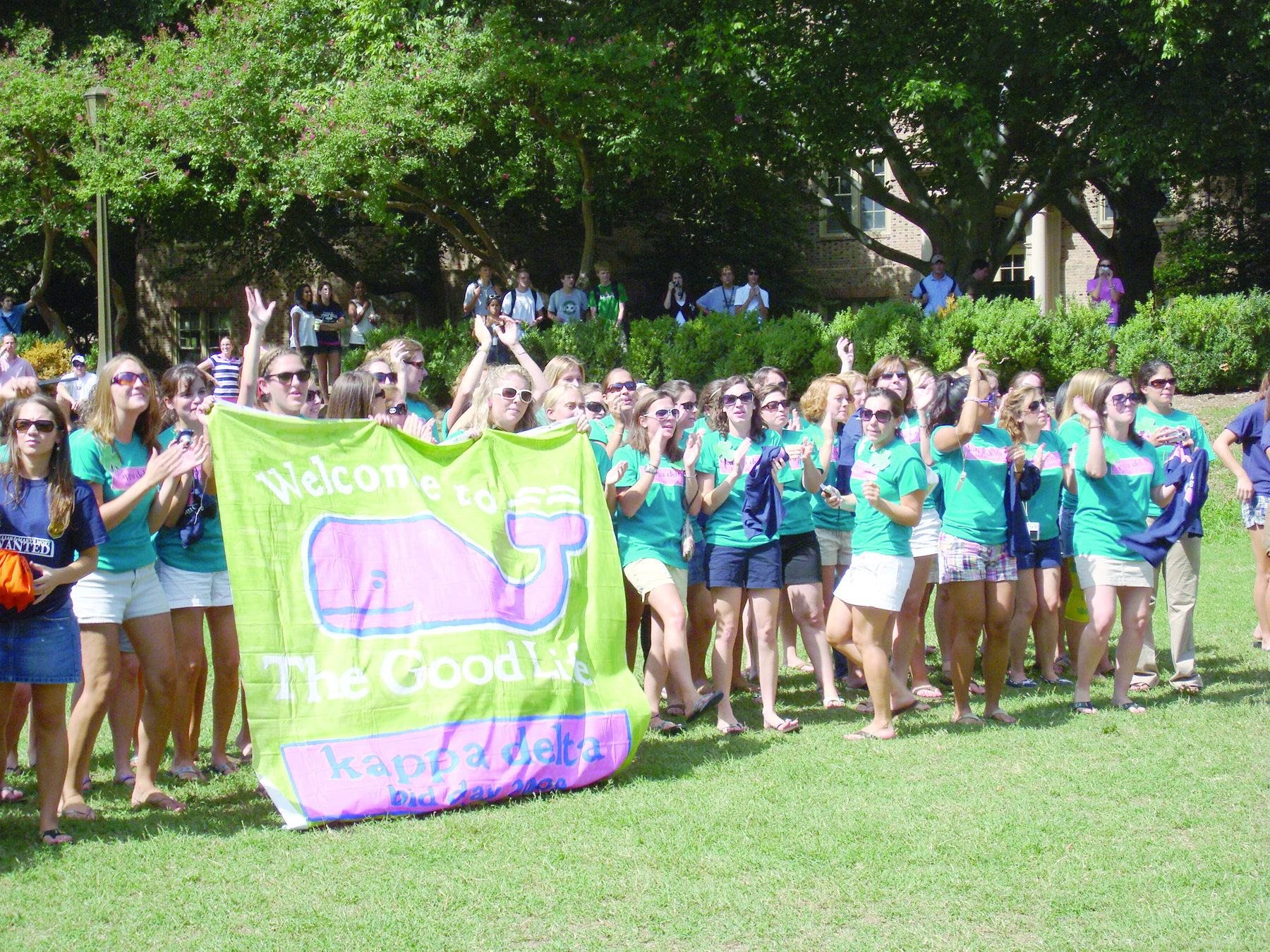 Just under 30 percent of female undergraduates belong to one of the College of William and Mary’s 12 social sororities. In addition to agreeing to uphold the tenets of Greek life upon induction, new members take on another responsibility: paying dues.

Sorority fees pay for sisterhood and scholarship events, facility maintenance, social and philanthropic programming and national dues. Jessica Evans ’15, the vice president of finance for the William and Mary Panhellenic Council, said the average fee for returning active members is $375; new members pay an average of $576 their first semester. If a sister studies abroad for a semester, local chapters usually reduce their fees. However, she must still pay national dues to maintain membership in the national organization.

Freshmen and sophomores can apply for the Women of Excellence scholarship, sponsored by the Panhellenic Council. Awarded to four women each year, this $200 scholarship can be used to pay for sorority expenses, but women must be unaffiliated at the time of application. Other scholarship programs and payment plans depend on the specific sorority.

In addition to the standard sorority fees, there are the costs of being a big sister or “big,” which can end up being almost as much as a semester’s fees. Costs vary based on the specific sorority and their practices. In some groups, sisters go on “dates” with potential

“littles” and pay for anything the date entails; many groups also have clue weeks, in which the big buys gifts and plans activities for her little before revealing her identity.

“Each chapter is responsible for setting its own limit on spending. The William and Mary Panhellenic Council chapter also has a limit of $250 on what a sister may spend in clue week, but many chapters have limits that are far less than $250,” Evans said in an email.

For some sororities, the entire new member process is less formal. While the College’s chapter of Phi Mu is no longer active on campus, when they were, they did not participate in formal recruitment.

“We had much smaller rush classes and what seemed like a more intimate and less competitive preffing process for bigs and littles,” Phi Mu alumna Felicia Lopez ’16 said in email.

Kelly Dodd ’17, a member of the Epsilon Mu chapter of the Delta Gamma sorority explained that the little process is different for every sorority.

“Our big little process involves three weeks of going on dates with the new members (lunch at the Caf, Fondue, coffee that sort of stuff) to get to know the personalities of the new members and find girls you would want as your little. After you pref., as a big you get a call telling you who your little (my case littles) is,” Dodd said in email.

“I had only budgeted for one when I was working over the summer and starting the crafts but when I was offered twins I was so happy, of course I said yes. That unfortunately means I had to make two of everything and make sure they both felt equally loved,” Dodd said. “My total cost (both clue weeks added together) was about $200, which is actually pretty good. It’s hard to financially afford clue week especially since I pay for my own dues and anything not included in tuition food and housing.”

Lopez is also currently a member of the co-ed honor fraternity, Phi Sigma Pi. Unlike most sororities, Phi Sigma Pi allows co-bigging, in which multiple bigs share one little. This process significantly decreases the costs associated with the big-little process.

“There is no price minimum or maximum for the Bigs to throw a Clue Week, but we encourage crafting and activities with fellow Brothers that will not cost much money,” Megan Berry ‘15, also member of Phi Sigma Pi, said in an email.