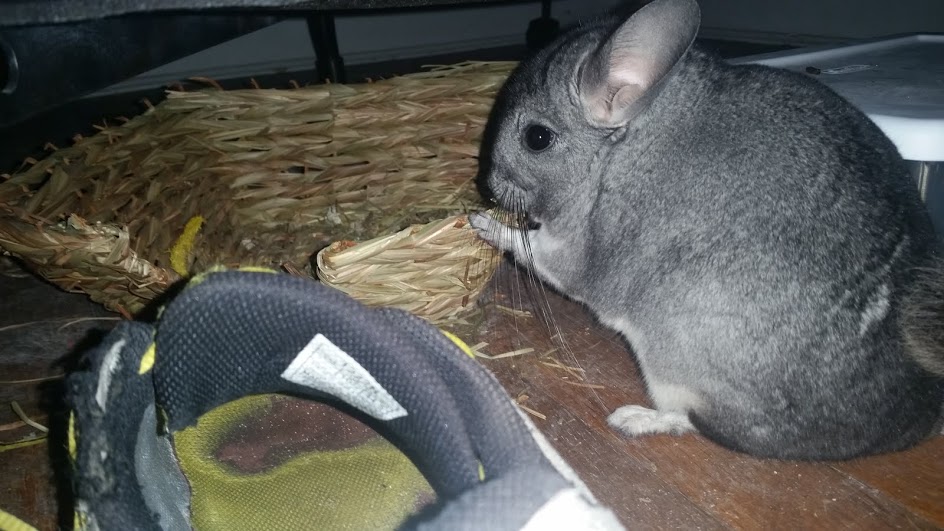 A chinchilla attack is something that doesn’t cross most students’ minds when they first wake up. Most are more preoccupied with what to wear or getting to breakfast. However, for some students, a chinchilla strike is a very real part of their morning ritual.

“My chinchilla really likes to hide in places,” Julian Samaroo ’15 said. “One day, I was getting out of the shower and she just jumped on my chest and started biting me. For five minutes, it was a battle between me and her. Chinchillas are stronger than you think.”

“It can come with unexpected benefits,” Samaroo said. “Daisy likes to nestle up close and sometimes she’ll trim my beard or clip my toenails.”

Samaroo is not the only pet owner at the College of William and Mary. Many students at the College, living both on and off-campus, own pets. College students nationwide face different struggles than most pet owners. Namely, they must adapt to keeping their grades up and participating in extracurricular activities while attending to the needs of their animal companions.

Many college students already struggle to find balance between extracurricular activities and scholastic endeavors; to some, throwing a pet into the mix seems unnecessarily stressful.

“I mean, to me, it seems kind of insane to get a pet at college,” Tommy Kester ’18 said. “I have too much on my plate already to have to worry about a dog or a cat to feed. My friend at U.Va bought three fish on three separate occasions and they have all died before the first semester.”

However, with proper time management, some students can indeed find time for their animal companion.

Newtown,” Arish Ali ’15 said. “They have two guinea pigs and a cat and every few minutes, the guinea pigs start making a ton of noise. It can make studying really hard. But, they split off duties and get the job done. It’s definitely possible to have pets if you’re willing to put the work in.”

Off-campus students aren’t the only ones who own pets. The College’s current policy toward pets in dorms or on-campus apartments prohibits most animals but allows students to keep fish in aquariums holding up to 20 gallons. Some students on campus have taken advantage of the this exception to the pet rule.

“No one [I live with] in Ludwell has any pets but I remember when I lived in Jefferson, this one kid had some betta fish,” William Tobin ’16 said. “They were just fish but it was still kind of a hassle. Somebody needed to take them home over break.”