Home Variety Campus Events Getting in tune: MusiCorps arrives at the College 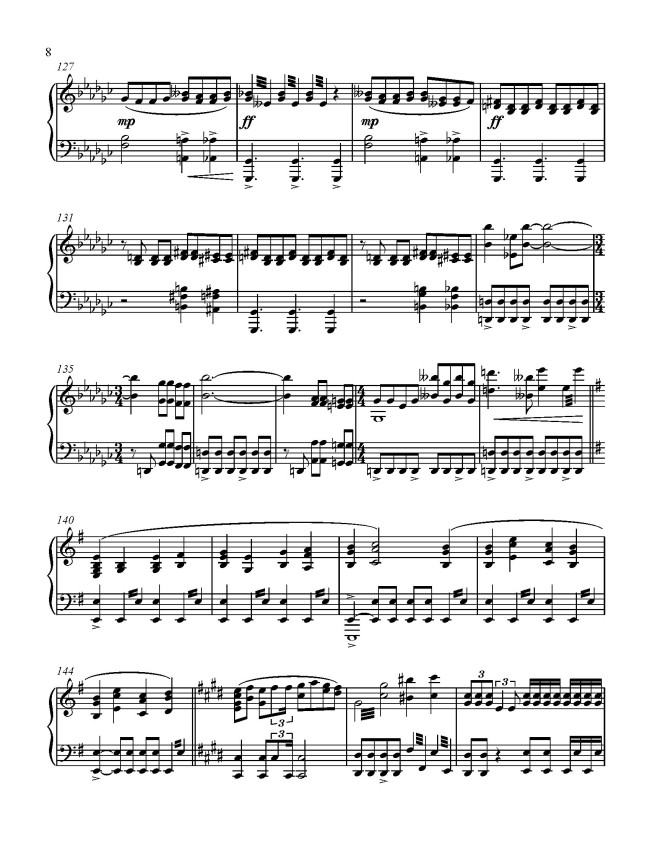 Every other Friday Doug Matze Jr. drives more than an hour from Chesterfield, Va. to meet with his music instructor, Beth Camery ’15, for his two-hour long piano lessons. The Army veteran doesn’t let the length of the trip deter him or dampen his enthusiasm for making music — something he was involved in when he was younger. He is able to take these lessons as part of a new therapeutic music program called MusiCorp, which is offered at the College of William and Mary for local veterans.

“I heard about the program through a veterans’ group that I meet with — or was meeting with — regularly in Richmond at the Hunter Holmes McGuire VA Medical Center,” Matze said. “It was basically a PTSD group that I was associated with.”

Due to budgeting constraints, the group was no longer allowed to meet inside the hospital, and had begun meeting on its own. Through the veteran emailing network in the area, Matze heard about the advertised program and contacted Lillian Fu ’16, who had sent the email.

MusiCorps began in 2007 as a program operating out of Walter Reed Army Medical Center. Senior Sam Pressler ’15 contacted MusiCorps founder Arthur Bloom to discuss bringing the program to the College. After partnering with Bloom, Pressler added the musical avenue to the local veteran programming last semester, in addition to two other veteran programs he previously established on campus. MusiCorps joins two other veteran programs on campus — writing and comedy offerings, which are also led and run by College students.

“In the fall, we had a much smaller version of the MusiCorp program but now that we are functioning effectively and have worked out the kinks, we are at full capacity,” Pressler said. “We have expanded the program to six people in order to meet demand.”

Thanks to advancements in science and medicine, the demand for such programs has grown with the increased survival rate for severely injured service members.

Because of the large military and veteran population in the area, there is a high demand for therapeutic programs such as MusiCorps. Thanks to advancements in science and medicine, the demand for such programs has grown with the increased survival rate for severely injured service members. Additionally, the Wounded Warrior Project estimates that almost half a million soldiers are currently suffering from the psychological effects of war — effects that programs like Musicorps attempt to address.

“Here are all these young people surviving these catastrophic injuries who have tremendous amounts of downtime and a lot of boredom. When someone your age is blown up, and wakes up in a hospital with half their body gone, they have to undergo thousands of medical appointments and surgeries and have to stay in the hospital for years,” Bloom said. “What are you going to do with all that time?”

While visiting Walter Reed a few years ago, Bloom met a soldier, and drummer, who lost his leg to a roadside bomb. This prompted Bloom to think about ways to bring music to the hospital. As it turned out, there was an extremely large and varied interest in learning how to play musical instruments.

“What we found was that everybody wanted to be a part of it. Everybody wanted to do music,” Bloom said. “I see these people who have been severely injured, and they kind of wrap their arms around this. They’re not only playing music, but their lives seem to be improving in other ways as they’re doing it. For some of them it becomes a way back to normalcy. So, how can I not keep doing this?”

Pressler wanted to include music as one of the veteran program offerings at the College because it would allow students to work directly with veterans, but he didn’t know how to implement it. When he saw the MusiCorps program featured in a news story, he visited the program’s website and got in touch with Bloom. After establishing the contacts, Pressler spread the word about the program to veteran programs, groups and agencies.

“…They’re not only playing music, but their lives seem to be improving in other ways as they’re doing it. For some of them it becomes a way back to normalcy.”

“Looking at the group at William and Mary, it looked like a great group of bright, enthusiastic college kids who seemed like they would be a good team to work with,” Bloom said. “We have always been interested in expanding, and now that we are able to work with this group at William and Mary, we are able to reach additional veterans as well as see how it would transfer into similar communities of student-teachers.”

In addition to bringing a new atmosphere of veteran and military awareness to campus, there are benefits for student participants as well as veteran participants.

“I don’t think there is anything like this program anywhere else. For veterans, it provides community support, a mutually respectful and shared relationship, an avenue to express oneself and learn a new skill; it is a sustainable development project, and in all other areas has been proven to have therapeutic benefits,” Pressler said. “For students, it allows them to have hands-on experience and engage with the community, and allows them to feel a connection or need to connect with something larger than themselves.”

Matze has been involved in lessons for around three months, and plays what he likes to call soul music, mostly that of the 1960s, from James Brown to The Drifters.

“The lessons are great. It’s very relaxing to play,” Matze said. “[Camery] brings the fundamentals to me, and I bring some music from home that I want to work on. They complement each other.”

However, teaching music to veterans can be challenging. Ellie Cottone ’16, a piano instructor, has been working with a veteran who suffers from a traumatic brain injury. Cottone says patience and repetition are two important aspects of teaching people with brain injuries, but she is adapting and learning at the same time as her pupil. Cottone’s student wants to be able to learn the piano well enough to play a duet with her son, who is also currently taking piano lessons.

“It is a continuation and review every week, but my favorite part is seeing her sense of accomplishment when she gets through a song or gets to the note without me telling her.”

“It is a continuation and review every week, but my favorite part is seeing her sense of accomplishment when she gets through a song or gets to the note without me telling her,” Cottone said. “You see that and it’s nice to see because I feel that I somewhat helped her to get there, and that’s a really cool thing. I enjoy it as much as she does.”

Though still small in numbers at both the College and Walter Reed, MusiCorps is providing a service to members of the armed forces, veterans and their families.

“With a program like this, it is so impactful, because here is this group of people who are operating at very high levels, and then in an instant they can be blown up in every sense of the word,” Bloom said. “There is a tremendous strain on every aspect of their life, and when they’re playing music it is helping them.”