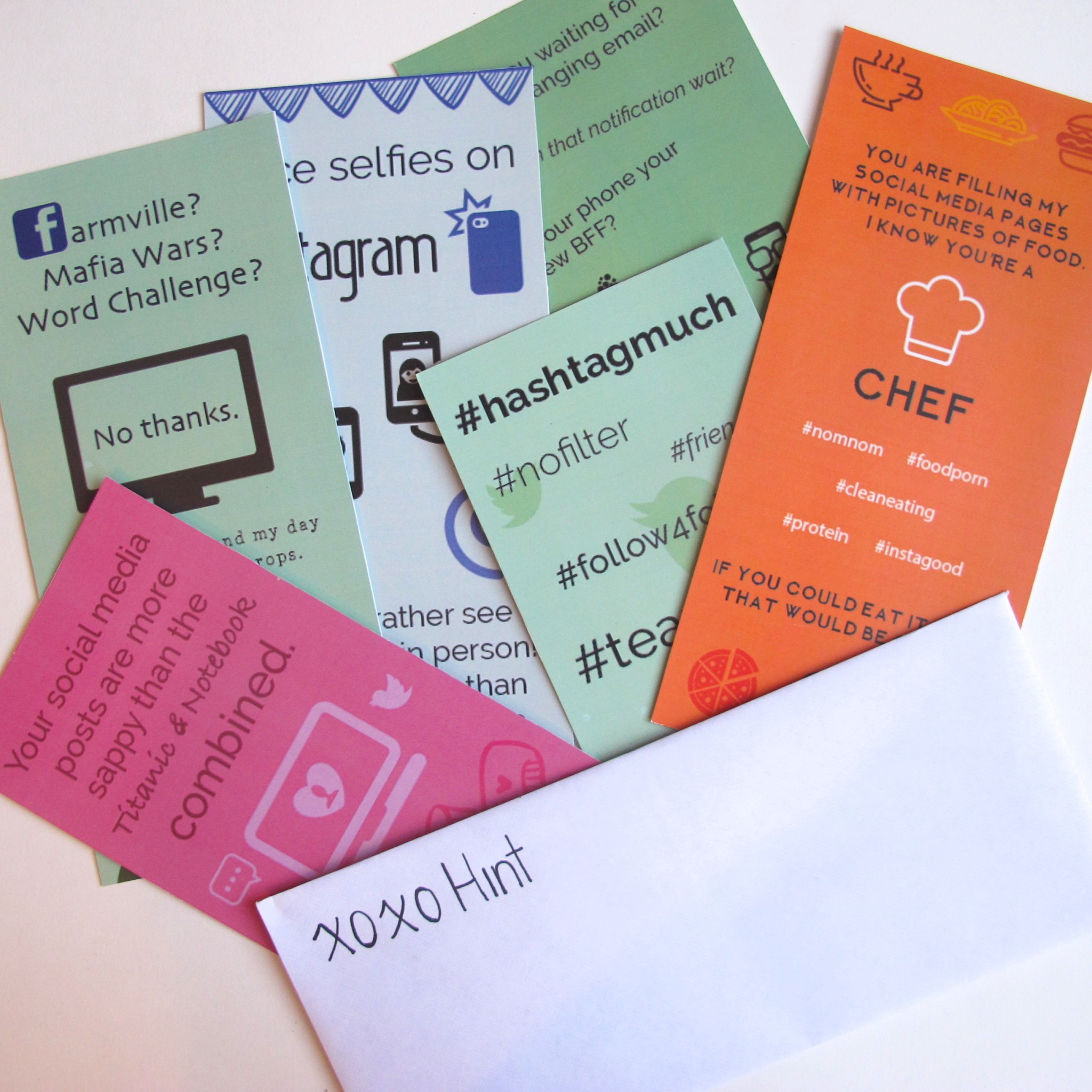 Students at the College of William and Mary may be familiar with friends’ annoying social media practices. Erica Amatori ‘16 is working to combat that problem through her website project XOXO Hint.

“Sometimes [the offending] person is our friend and we don’t want to unfollow them,” Amatori said in an email. “If you unfriend someone you know on Facebook, they will eventually know … [it’s the] same with Twitter. We are in a generation where social media defines us and people keep track of their networks.”

Amatori said the hints do not promote cyberbullying, pointing to the pre-written hints’ humor as a buffer.

“The hints are designed to be sassy, but caring,” Amatori said.

“I produced the site through a website-builder and designed the product on Adobe,” Amatori said. “Next, I rented quality video equipment from [Earl Gregg] Swem [Library] and recruited William and Mary students to be in my promotional video. After editing the pictures, video, and site, I launched [XOXO Hint] through Kickstarter.”

XOXO Hint’s Kickstarter has raised more than one third of its $1,000 goal since launching Feb. 17.

The Entrepreneurship Center encouraged Amatori to pursue this project. Founded in October 2010, the Entrepreneurship Center sponsors and organizes events to promote entrepreneurship among students. Many events aim to expose students to resources on campus that lend themselves to creative entrepreneurship, including the Design Lab in Alan B. Miller Hall and the labs in William H. Small Hall. Others bring back alumni to speak about their own business ventures, including George Srour ’05, who was named to Forbes Magazine’s 30 Under 30 for his international social-profit organization Building Tomorrow.

Students are encouraged to be “taking ideas from the College into the business world,” Professor Ron Monark of the Entrepreneurship Center said.

Monark speaks to alumni associations, like the Washington Area Alumni Business Alliance, to keep them aware of programs at the College and to encourage them to come back to speak to current students.

“Every three weeks last year, a student would wander into my office and say ‘I’m starting a business, and I don’t know where to start,’” Monark said.

Amatori also spoke to the difficulty of making her idea a reality.

“It’s amazing that starting something that I thought was so simple was actually very hard logistically,” Amatori said.

Associate professor of marketing Lisa Szykman, who has worked with Amatori before, encourages students pursuing entrepreneurship to be persistent.

“WM students are so successful, that many have never failed before,” Szykman said in email. “With 40-80% of new product failure rate, the chances are pretty good that your idea won’t take off at first. Don’t get discouraged by it.”