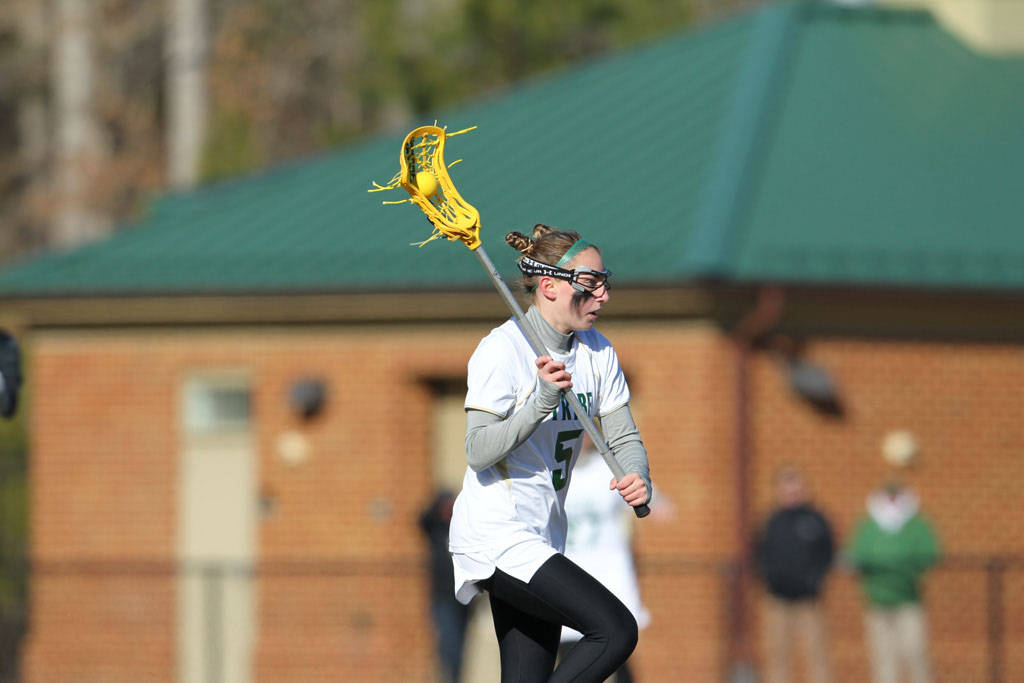 If there is one thing William and Mary (2-4, 0-0 CAA) consistently does well regardless of circumstances, it’s finding a way to defeat Old Dominion. Fresh off its inaugural victory of the 2015 campaign, the College overcame the Monarchs Sunday in Norfolk, Va. by a 15-9 score, steamrolling the opposition late in the first half with a 10-2 run to secure the win.

With another tally in the win column, the Tribe extends its series record against the Monarchs to a commanding 33-11, and also adds its second consecutive road victory for the year.

Breaking its recent trend of falling behind early, the Tribe seized a 2-0 advantage within the opening minute as sensational freshman attack Abby Corkum fired in her fourth goal of the season to ignite the Tribe. Senior captain and midfielder Ellen Shaffrey drew an early penalty and subsequently capitalized on the free position shot at 29:06.

The Monarchs (6-2, 0-0 Atlantic Sun) soon awakened, claiming the next draw control and tacking on a goal of their own at 28:15 to put the score at 2-1. Though they showed improvement at Sunday’s matchup, the Tribe continued to struggle in the opening two minutes of games—outscored by a cumulative margin of 9-2 in the first 120 seconds of contests.

Though the College took the next draw control, it found itself unable to find the ODU net, as two shots were denied by the Monarch goalie. Old Dominion’s Carson Connor added her 18th goal of the young season to knot the score at 2-2 at 21:50.

But the College was determined to win the possession battle, taking another pair of draws, en route to a firm 19-7 draw advantage for the game, and converting them to points on the board.

Junior attack Zoe Boger, assisted by junior midfielder Michele Goss, pushed the Tribe score to 3, further extended by sophomore midfielder Shannon Quinn’s seventh goal of the season. Boger then added an assist on a fast break just seven seconds after Shaffrey claimed the third consecutive draw for the Tribe. Boger hit Corkum with the pass on the fast break, who slipped her shot by the Monarch goalie for a 3-0 run and a 5-2 College lead at 16:45.

The Tribe would never relinquish the advantage.

Turnovers and penalties allowed ODU to bring the score to 5-4 at 14:33. Shaffrey denied a full Monarch rally with her seventh tally of the season with 13 minutes remaining in the half. The Tribe attack increased the pressure on the ODU defense, firing three shots in 36 seconds, the third of which found the back of the cage off the stick of senior attack Kaleigh Noon, assisted by Shaffrey for a 7-4 mark in the College’s favor with 12 minutes remaining.

Upon trading goals with the Monarchs, head coach Hillary Fratzke called a timeout with the score at 8-6. The Tribe emerged from the short break primed to steamroll the opposition.

Thirty-two minutes later, the disoriented Monarchs found themselves buried in a 15-6 hole with just five minutes remaining in game time.

The College decelerated at the end of the game, but the outcome had long been decided. A furious yet futile 3-0 run by the Monarchs to close out regulation made the contest appear closer than it was. In reality, the Tribe claimed nearly every statistical category en route to defeating the programs traditional punching bag: 34-22 advantage in shots, 23-18 in groundballs, an 86 percent clear rate versus a 75 percent rate, and 16 fewer penalties than ODU’s abysmal 41 infractions.

Within the 7-0 run, Shaffrey completed her hat-trick; lead-scorer and senior midfielder Amanda Johnson added her ninth goal of the season, Goss and Noon both tacked on another, and sophomore midfielder Lindsay Jenks fired in a goal for the College. Freshman midfielder Danielle Palmucci, in an impressive rookie season, rifled two shots in for the Tribe, marking her fourth goal of the year. Junior attack Kelly Martins, who added the Tribe’s eighth goal of the contest, scored her first of the year in the game.

With the conclusion of the five-game road trip, the College returns home for the next three matchups, the first being against arch-rival Richmond scheduled for Friday at Martin Family Stadium at 7 p.m.